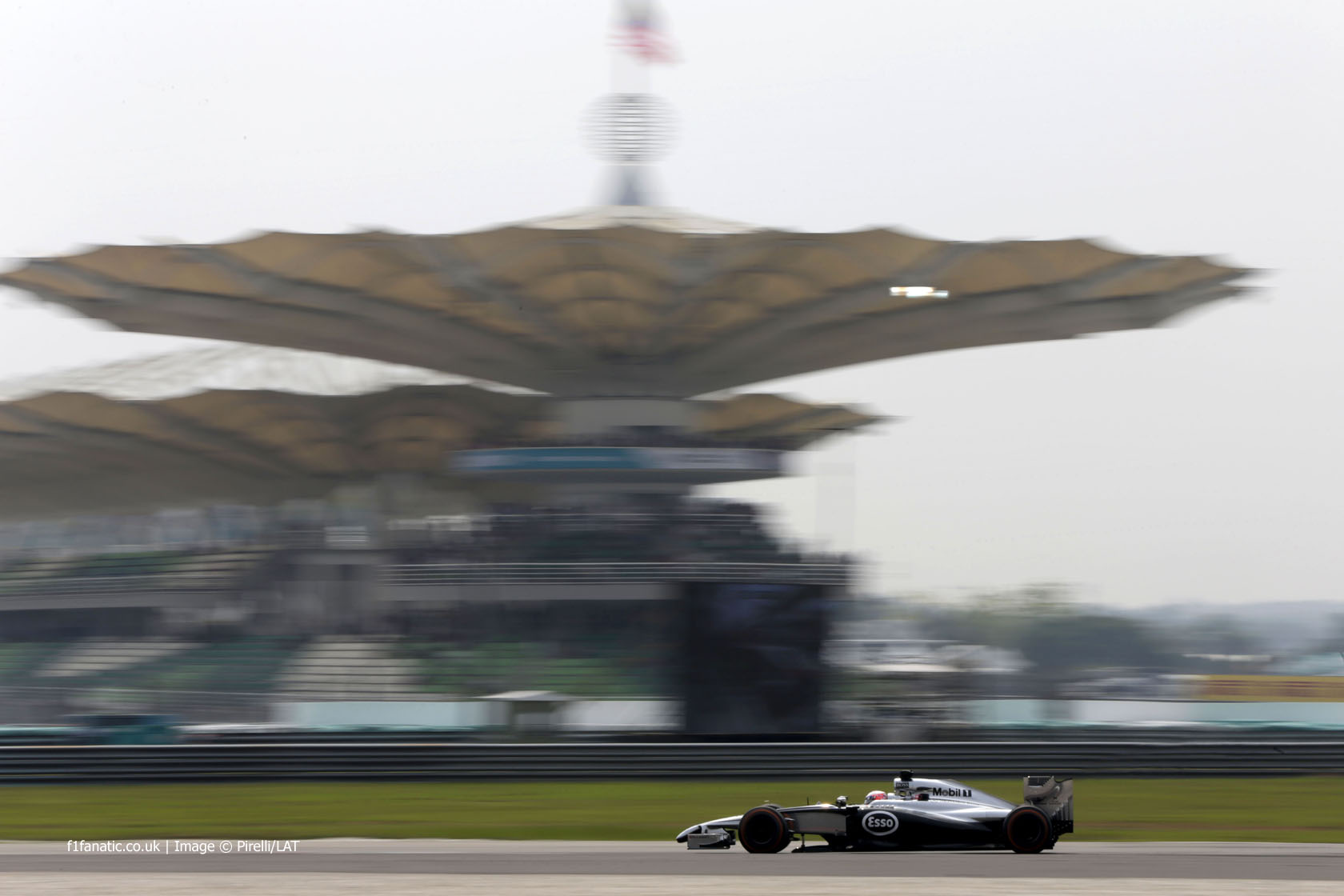 The team finished in the bottom half of the points in Malaysia after scoring a double top three in Australia. Button believes the nature of the Sepang circuit exposed the weaknesses of the MP4-29 and Bahrain should suit them better.

“We have a good engine which helps us here,” said Button in today’s press conference.

“There isn’t as much high-speed as Malaysia. Malaysia was also hot, so hot and high speed corners is very tricky for us. It’s an area we know we’ve got to work on, high-speed downforce. So here should be quite a bit better.”

Button added the 100kg fuel limit will have a greater effect on this race.

“Fuel consumption is pretty tricky here though, I think for everyone, some more than others for some reason,” he said. “So there’s a lot of work needed before the race to get the right balance.”

“And for a night race – our first night race here which should be pretty interesting.”

9 comments on “McLaren should be stronger in Bahrain – Button”