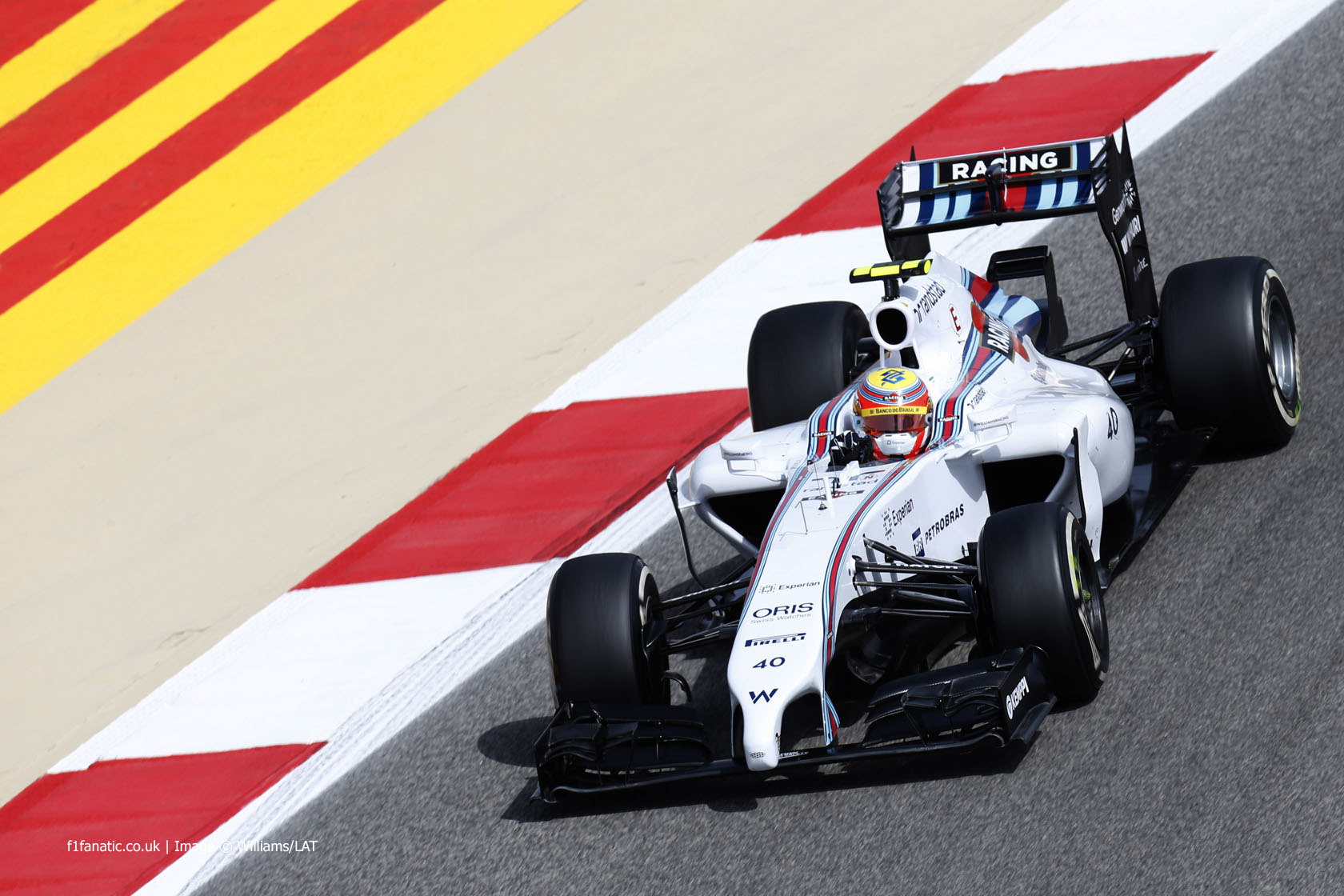 Felipe Nasr said it was “very difficult” to get Pirelli’s development tyres up to temperature without the use of tyre warmers, as will be required by new rules.

With tyre warmers set to be banned next year, Pirelli produced new development tyres which the Williams test driver used in Bahrain today.

Nasr races in the GP2 series where tyre warmers are not permitted, but experienced difficulties getting heat into the 2015 tyres, which are at an early stage in development.

“Running a Formula One tyre when it hasn’t been in a blanket was one of the most interesting things as it’s very difficult to get them up to temperature, even in the Bahrain heat,” said Nasr.

“It will be even more of a challenge at tracks such as Silverstone or Spa.”

A previous attempt to ban the use of tyre warmers in 2009 failed after concerns were raised by drivers.