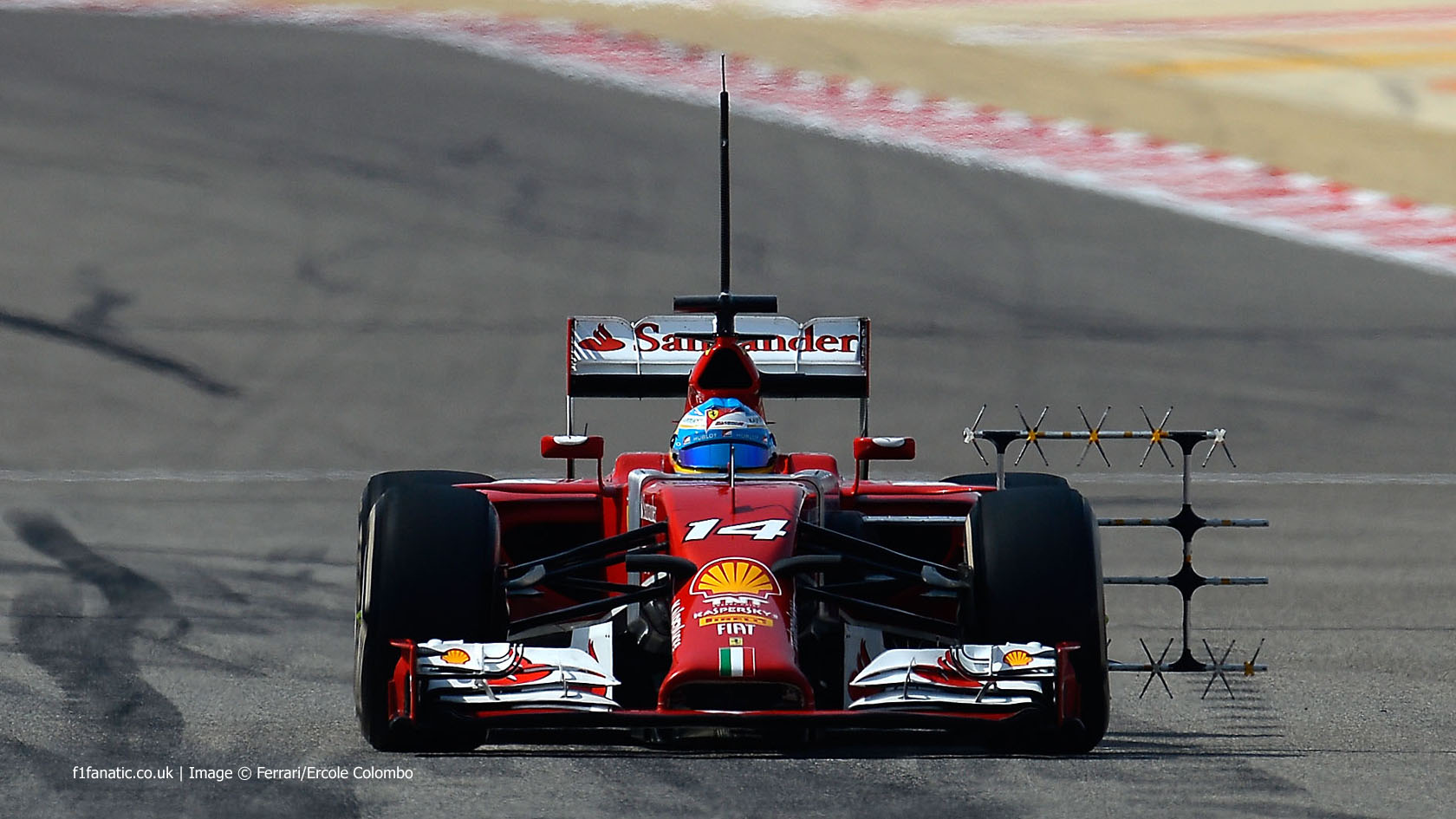 Mercedes topped both days of testing in Bahrain as Lewis Hamilton set the fastest time on the last day of the test.

Hamilton also completed the most laps of any driver, as team mate Nico Rosberg did yesterday. Between them the Mercedes drivers covered 241 laps in two days – well over four grand prix distances.

At the other end of the spectrum were Ferrari, whose second day came to an end after a dozen laps. The team discovered damage on the chassis Fernando Alonso was using and decided it was too serious for them to be able to continue.

Lotus also had another frustrating day, covering just 16 laps as they did yesterday.

Jean-Eric Vergne was second-fastest for Toro Rosso after “not a completely trouble-free day”. Kevin Magnussen was third-quickest for McLaren, but brought out the red flags at one point when he spon his McLaren following a component failure.