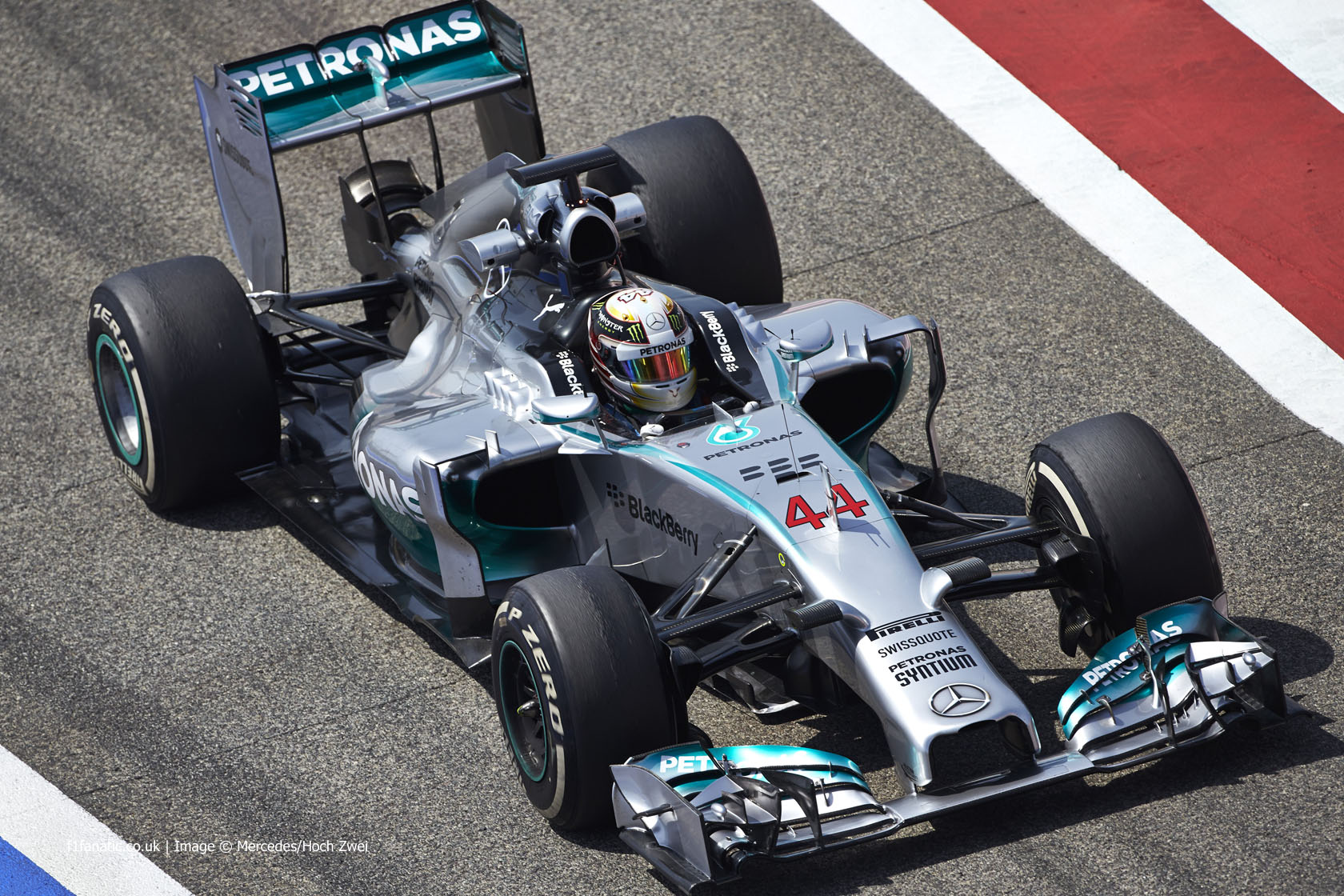 In the round-up: Mercedes would not have stayed in F1 had the sport continued using the old V8 engines.

Mercedes could have quit over engines (BBC)

“Mercedes has revealed it would also probably have stopped if F1 had not in 2009 decided to commit to the efficiency formula, around the time BMW and Toyota left the sport. ‘I think so, yeah,’ [Daimler board member Professor Dr Thomas] Weber told BBC Sport. ‘Because we had the discussion.'” Marussia spokesperson: “There is no impact [of Marussia Motors’ difficulties] whatsoever on the Formula One team’s operation. There is no link between the two companies financially or technically. The F1 team has been an independent operation for some time.”

Raikkonen: Ferrari is not stupid (Autosport)

“We are not stupid people, we have good things going on. Unfortunately right now it’s not the prettiest thing when you look at the end of the race, but I have belief in the team that we can turn it around.”

Rob Smedley: “I know him inside-out and I can tell you that he is a very, very good driver. He’s been given the freedom of head space here to do what he’s paid to do and he’s delivering.”

“Jean Todt’s comments on the matter are deeply worrying. The FIA president appears to shrug off any suggestions that F1 has a weight problem.”

When testing new compounds and structures we don't tell the drivers what they are: they form their own opinions. A bit like a wine tasting..

It could probably do with a lick of paint before Mr. E brings #F1 back here… #Mexico #AutodromeRodriguez pic.twitter.com/zlDsnDwCMG Fernando Alonso drives during this week’s test in Bahrain. Ferrari had to abandon the test early after discovering damage on their chassis.

We could make the exhaust fumes artificially smellier; that would be visceral and evocative, wouldn’t it? And tracks that struggle with low attendance, we could use artificial spectators.

And teams that can’t get sponsorship, they could be given pretend ones that make it look like a sport that is financially sustainable.
Alex Brown (@Splittimes)

Mike Hawthorn, who won the world championship in 1958 but died a few months later in a road car accident, was born on this day in 1929.

52 comments on “Mercedes would have left F1 without engine change”