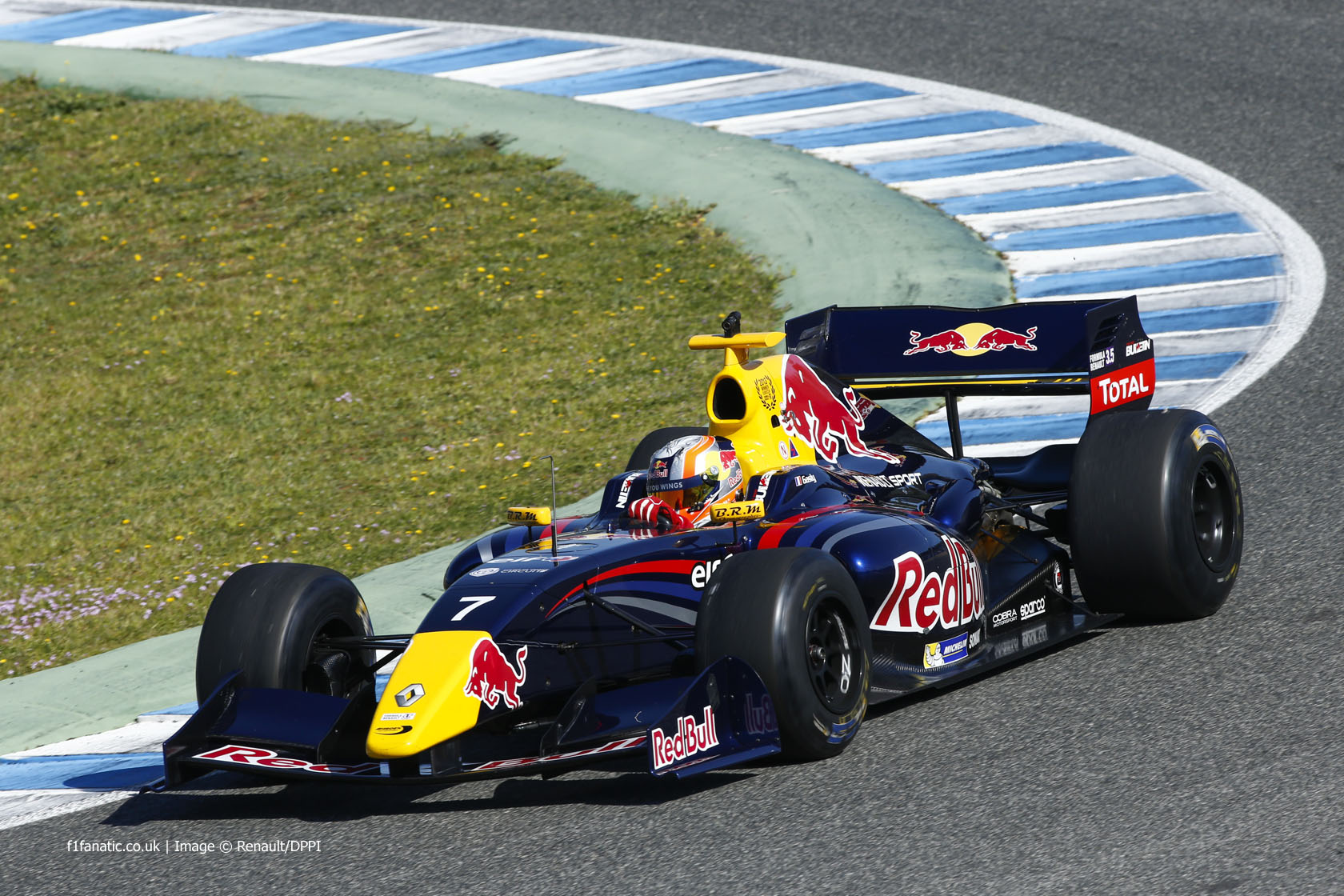 The instant success last year’s champion Formula Renault 3.5 Kevin Magnussen enjoyed on his graduation to Formula One gave further proof the championship is a match for the grand prix-supporting GP2 series when it comes to promoting young talent.

Magnussen’s podium finish on his debut for McLaren made him the latest in a line of Formula Renault 3.5 graduates to enjoy success at the top flight, which includes three of Red Bull’s drivers.

There has been a changing of the guard in the category this year as several of Magnussen’s rivals also moved onwards and upwards. Stoffel Vandoorne – McLaren’s other development driver – has already won on his debut in GP2. And Red Bull junior driver Antonio Felix da Costa, who stumbled in the series last year after an impressive end to 2012, will race in the DTM.

Practice for the first race at Monza begins tomorrow and the grid is still being filled as drivers and teams forge 11th-hour deals. However one of the foremost teams in the series, 2011 champions Carlin, have already confirmed they will be absent from the opening round. Will Stevens was fourth in the championship last year and as the top three have all moved on he has to be considered an early favourite. He has the advantage of familiarity with his Strakka team and will be eager to make his seventh podium finish his first victory.

Sauber test driver Sergey Sirotkin enters his second year in the category. Last year’s highlights were a couple of podiums for ISR and following a move to Fortec a title tilt has to be the objective for the 18-year-old.

A pair of wins for Marco Sorensen at the Red Bull Ring last year underlined his potential. Like Stevens he is beginning his third year in the category, but after two years with Lotus’s team he has moved to Tech 1.

Having won the series-supporting Formula Renault 2.0 Eurocup category with Tech 1 last year, Pierre Gasly makes the jump into the faster cars. He has also switched teams, moving to Arden.

Gasly can afford to set his sights high as he moves up the ladder. Robin Frijns won the 2.0 and 3.5 titles in consecutive seasons with Fortec (and is now knocking on the door of an F1 drive) and last year the same team took 2.0 champion Vandoorne to second in the points behind Magnussen.

Red Bull’s junior programme is backing two drivers in the championship this year, who will carry the same livery across different teams. Gasly is one of them, the other is the more experienced Carlos Sainz Jnr, who is driving for the DAMS team Magnussen claimed the title with last year.

Norman Nato remains at DAMS for a second year, driving in their classic yellow colours.

Oliver Rowland, who was runner-up to Gasly last year, emulates his rival by moving up a category. He partners Sirotkin at Fortec.

Roberto Mehri, winner of the 2011 Formula Three Euroseries and FIA F3 Cup, makes a return to single-seater racing following a couple of fruitless seasons in the DTM. He drives for Zeta Corse, who finished tenth in the championship last year following a disrupted pre-season as the team took over the BVM Target entry.

The series chiefly races at grand prix circuits, including the Red Bull Ring (formerly A1 Ring) which F1 will return to this year.

However for the first time since the championship was inaugurated there is no race at the Circuit de Catalunya this year. Jerez has taken its place as the venue for the season finale.

F1 Fanatic Live will be running during every round of the Formula Renault 3.5 season so keep an eye out for the live pages every weekend.

You can also join the Formula Renault 3.5 group:

I will be co-commentating on Formula Renault 3.5 alongside Ben Evans on BT Sport starting with the first race at Monza. The races will be shown at the following times:

Will you be watching Formula Renault 3.5 this year? Who’s your tip for the title? Have your say in the comments.