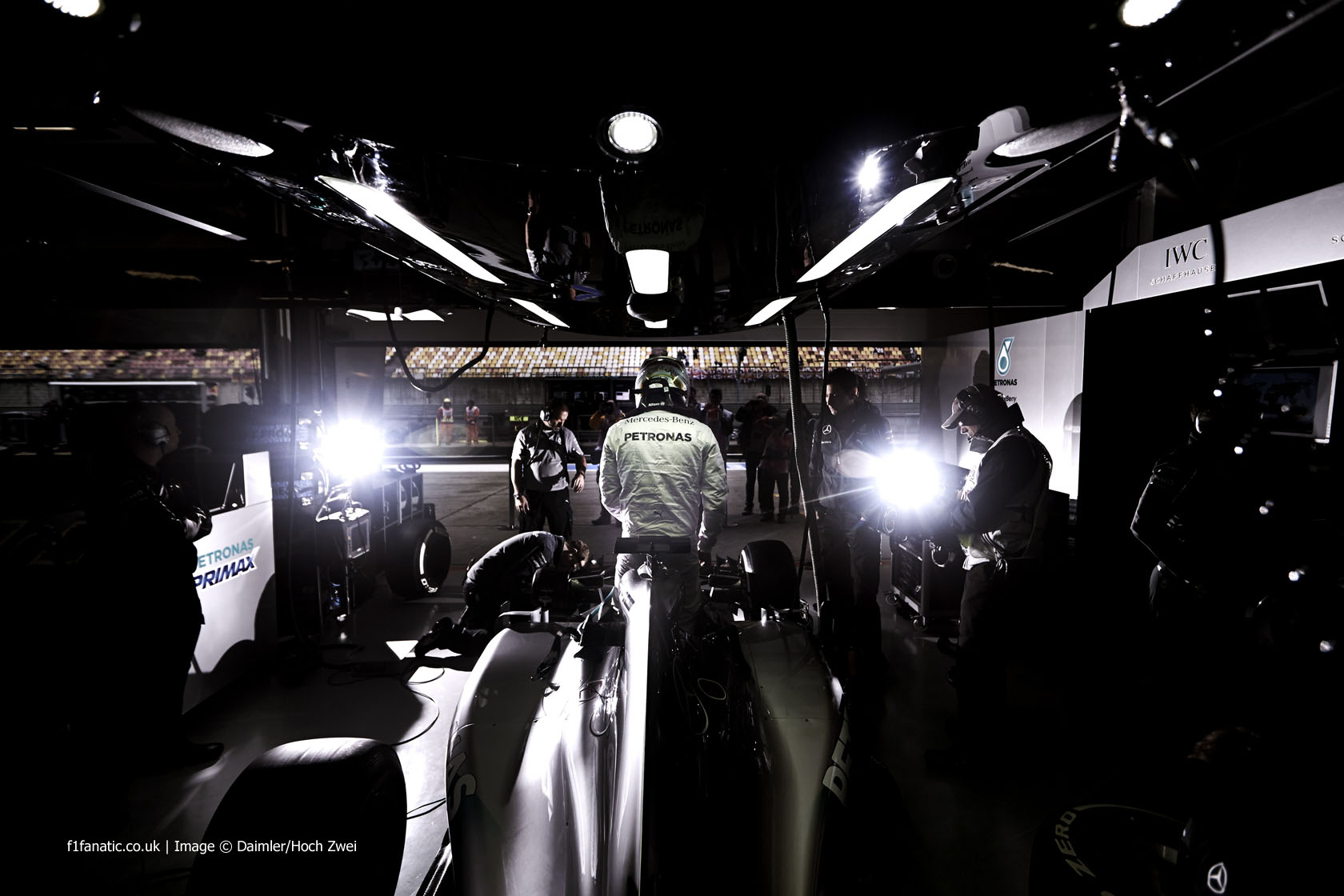 Ten of the best pictures which tell the story of the Chinese Grand Prix weekend. Having jetted back and forth between New York, Maranello and Shanghai he donned a pair sunglasses during the overcast first day of practice to shield his weary eyes as he surveyed the situation in the Ferrari garage. Williams mechanics hard at work. Unfortunately they dropped the ball during the race itself after mixing up Felipe Massa’s left and right rear tyres, leading to a lengthy and race-ruining pit stop. Lewis Hamilton took pole position during the third wet qualifying session of the year so far. Daniil Kvyat and Jean-Eric Vergne keep an eye on the track in their Toro Rosso STR9s. Massa bounced off Fernando Alonso on the sprint to the first corner but both kept going. Then other Williams of Valtteri Bottas tangled with Nico Rosberg’s slow-starting Mercedes but again both were able to continue. Rosberg was fortunate to make it to the end following the impact, which scrubbed the markings off his left-front tyre. Esteban Gutierrez heads towards the enormous Shanghai grandstand one more time one his way to another point-less result for Sauber. Tense times between the two Red Bull drivers – Sebastian Vettel took his time over letting Daniel Ricciardo past when he was asked to. He covered the inside line at the hairpin on lap 25 but two corners later Ricciardo was through. Vettel later said he decided to make way after being told Ricciardo was on a different strategy. Had it not been for that delay Ricciardo would surely have ended the race closer to third-placed Alonso than this. But it might not have mattered anyway – the chequered flag had appeared a lap too early, meaning the results were declared with two laps to go. One double champion congratulates the next? Hamilton has won every race he’s finished so far this year, and his latest victory moved him within four points of the championship lead.