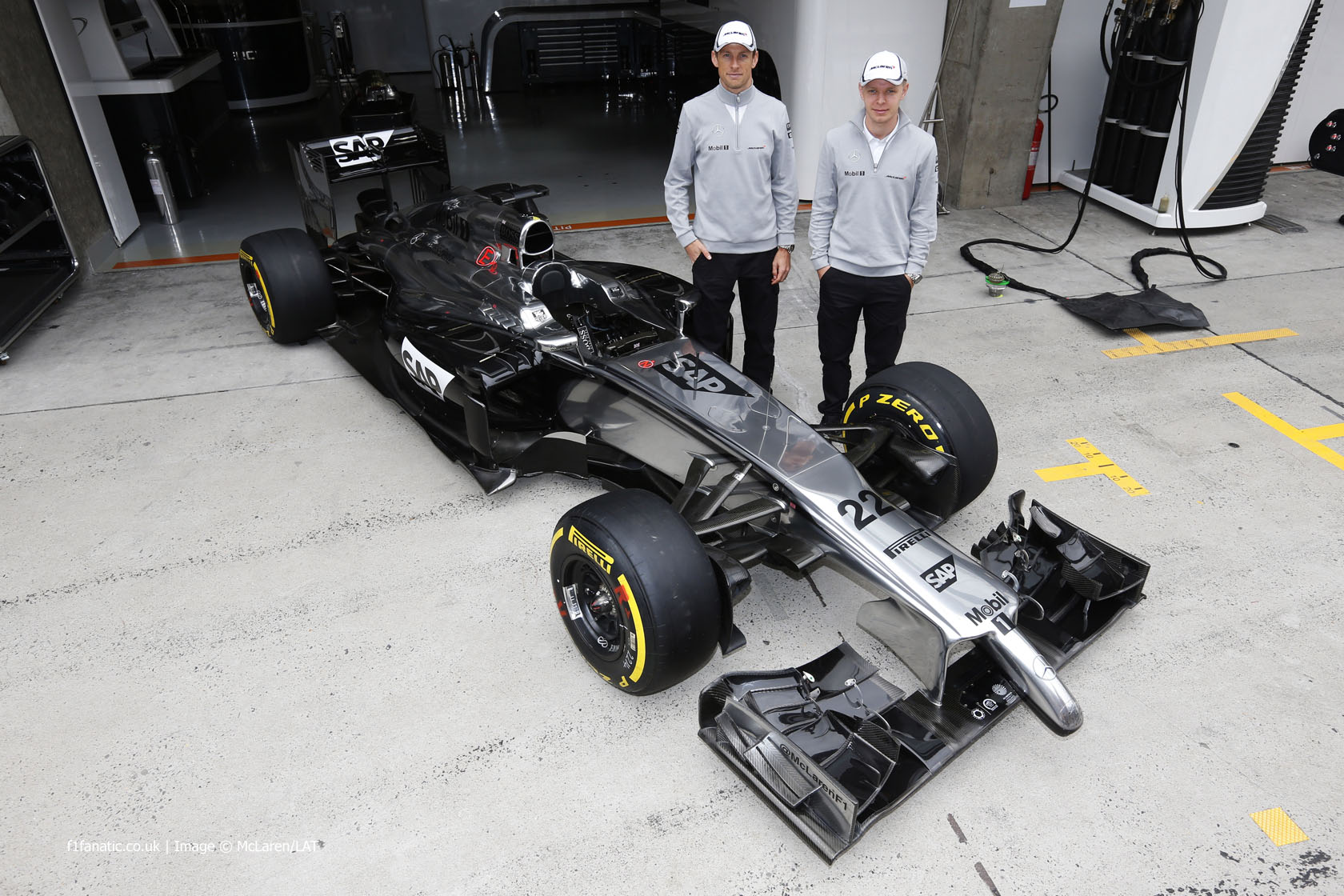 McLaren’s plan to announce a new title sponsor in the near future is still progressing, according to racing director Eric Boullier.

Ahead of the start of the season last month Ron Dennis said his team would “definitely feature a title sponsor in the next few events”.

“Until we have signed the package, signed the final contract obviously nothing will be announced or changed. As long as we are in that position we will keep going with what we are doing now.”

McLaren have showcased different sponsors on their sidepods in the first four races of the season. Boullier said the team’s continuing lack of a title sponsor does not affect their budget.

The team are in their final season of using Mercedes engines before reuniting with Honda next season. But Boullier insists they are not marking time while they wait for next year to arrive.

“You can’t allow yourself to think and wait in motor racing,” he said.

“And actually the 2013 year should be a benchmark for us to never do it again. And 2014 should be seen as a year which is not a transition year but a year of let’s say, rebuilding a winning team.

“And then in the middle of this we have obviously this extra challenge to obviously today work very efficiently with our partner Mercedes. But then obviously later in the year to start to implement a Honda arrival. But it’s just part of the challenge.”