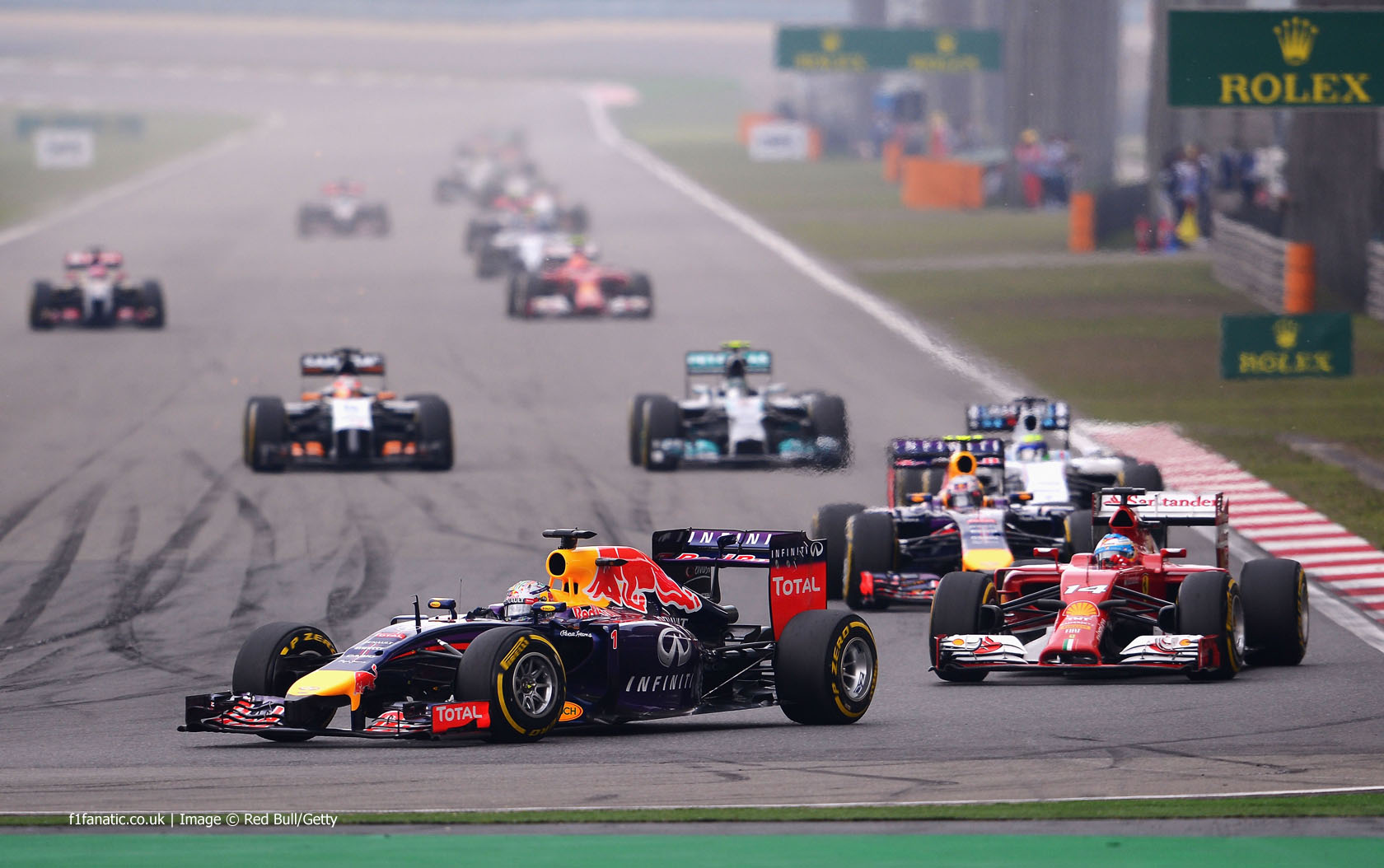 The Chinese Grand Prix was always going to have a hard time to live up to the standard set by the thrilling race which preceded it.

Against the backdrop of a grey, smoggy Shanghai a fittingly indifferent race was played out on the Shanghai International Circuit.

F1 Fanatic readers gave the Chinese Grand Prix the lowest rating of the season so far. Its score of 5.473 is poorest for this round of the world championship since 2008 which, like this year, also saw a dominant lights-to-flag win by Lewis Hamilton.

It leaves the impression that the high score for the Bahrain Grand Prix might have been a one-off, which does not bode well for the remaining 15 rounds. Particularly as the Chinese Grand Prix usually scores quite highly and has seen some great races in the past.

What was the Chinese Grand Prix lacking? Here’s what you had to say in the comments.

The jury is still out as to whether Sebastian Vettel let Daniel Ricciardo past when he was told to, or made a mistake which his team mate benefited from.

As was clear in Bahrain, Vettel doesn’t have a problem letting his team mate through when on different tyres or strategy, but this time it was different. Ricciardo was on the same tyres and although Red Bull said he was on a different strategy at the time, he went on to use the same as Vettel.

While the instruction from the pit wall was met with disapproval, several of you seemed to enjoy Vettel’s blunt response:

The highlight of the race was Vettel’s “tough luck” radio message.
@Mjf1

Was quite an interesting race. Driver quote of the year goes to Vettel: “What tyres is he on?”, then: “tough luck”.
@Theoddkiwi

Although we’ve seen some exciting Chinese Grands Prix in the ten years since it first appeared in the calendar, misgivings remains about the Shanghai International Circuit:

It is the type of track that makes a lot races boring.

It seems that after the first few laps the drivers need to have telescopes attached to their visors to be able to see the next car. If we had more tracks like Montreal and Brazil it would not be so bad because at least those tracks are shorter and keep the cars bunched up a little bit closer together.

I don’t care if Hamilton or Vettel wins every race, as long as they have the second place driver right behind them.
@Irejag

It must be said Shanghai does not led itself to great racing. Other elements, such as the extreme tyre wear does help, but the actual track layout doesn’t.

That back straight is just ridiculous- the corner leading up to it isn’t that great either and the last turn is just awful for drivers to overtake into turn one. Drivers need to be able to pick more than one line through a corner before a turn to set up a move and they just cant do that in China.
@Hobbsy009

And some readers found more enjoyment watching the other races which featured on F1 Fanatic Live that weekend:

But for most people the race simply failed to hold their interest:

The race failed to excite a lot of people, many calling it boring and complaining about a lack of wheel to wheel action. Some did defend the race though.

I never fall asleep when watching F1, but I did today… it was pretty dull overall, although it had some impressive moments.
@Stigrennfahrer

Boring race for me, hardly saw any battles for position. I think it was Martin Brundle who summed it up by saying “this is certainly no Bahrain”. I watched Bahrain three times, I doubt I’ll watch this race again.
@Yoshif8tures

I knew it wasn’t going to be edge of seat stuff like Bahrain but I think the race was still enjoyable, with the Red Bull battle and Rosberg hunting down second place keeping me entertained.
@Hazzwright

It was pretty much the most average race, not bad, not great, just average. It was better than Malaysia, due to there being a few battles out there, although the battle for the lead was non-existent, there was still a small amount of tension when following Alonso.
@Philereid