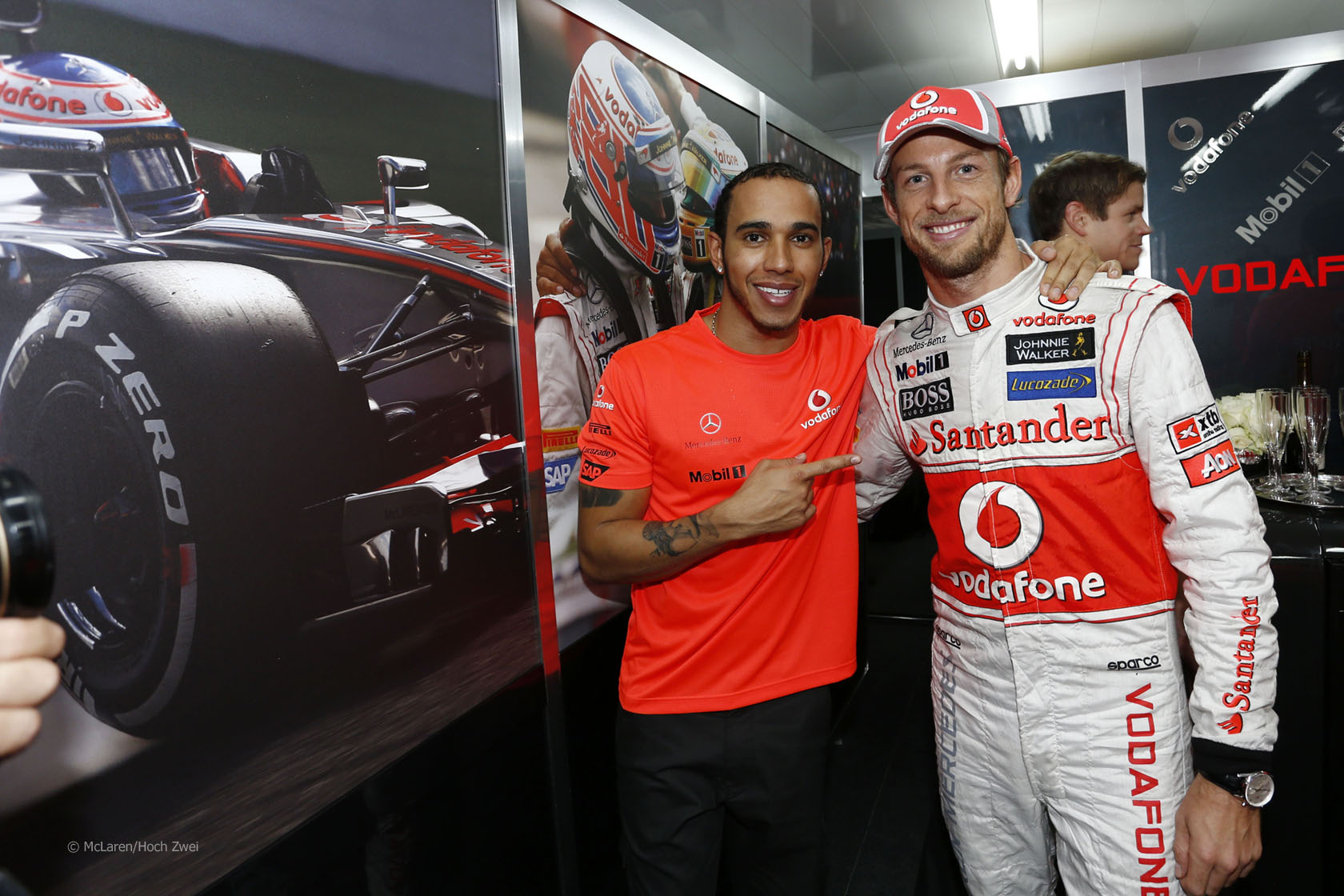 “Formula One legend Lewis Hamilton has been named Britain’s wealthiest sportsman with a fortune of £68m.”

“We made some changes to the set-up, which gave me the opportunity to get a feeling for those changes and learn how the car reacts to them. I can say that I already feel confident in the car, which is very positive.”

A Formula One Lap with Simona De Silvestro (Sauber via YouTube)

How The Bahrain Grand Prix Fuelled A 4.3% Fall In Formula One’s Revenue (Forbes)

“Like all aspects of the finances of F1, it is a frightfully complex system, especially for sports reporters who do not specialise in covering it. This is highlighted by recent flawed analysis from F1 blogger Joe Saward who claimed ‘it is true that the teams are taking about six percent more than they were getting in 2012, as a result of the new Concorde Agreement deals, but this cannot be blamed for the drop of 32 percent in the profits. The reality is that the company seems to have loaned most of its profits to other companies in the group as a way of reducing its tax burden.’ This is inaccurate on several fronts.”

“It is best for him that he will not be giving evidence directly in Munich, but only through his lawyers. For once, it’s not jokes that can save Bernie.”

Hey guys just to clarify I don't have instagram so dont be fooled by the rocks that they got, jenny still aint from that side of the block

I think a lot of fans think that with the rule changes to aero and tyres, and particularly with this years engines, that the need for DRS has gone.

There have been many passes between team mates outside the DRS zones, wheel to wheel for consecutive corners, and despite the option one has to wait for DRS.

If there is any complaint I have it is the FIA not removing their old sticking plaster solutions when they become outdated: DRS, top ten running on qualifying tyres, and mandatory pit stop (the prime and option tyre rule).

I’d love to see them run at Suzuka without any DRS zones this year and see how it works. Even better let them also just use the best tyre for their car and leave complete strategy freedom.
Peter (@Boylep6)

Niki Lauda scored the first victory of his Formula One career 40 years ago today at Jarama. He led home team mate and points leader Clay Regazzoni to score Ferrari’s first win in two years, with Emerson Fittipaldi taking his first podium finish as a McLaren driver.

Here’s footage from the race: