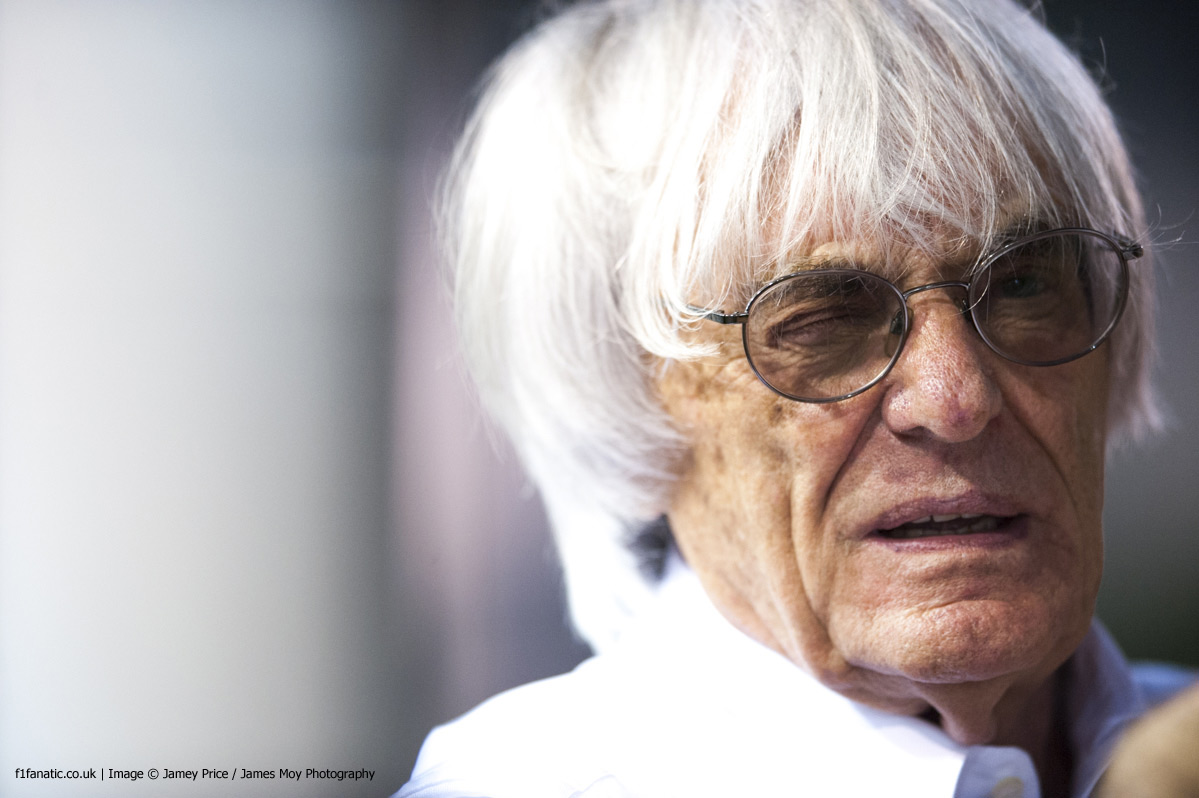 In the round-up: Bernie Ecclestone denies reaching a settlement with Inland Revenue to settle a tax bill of more than £1.2 billion by paying £10 million.

“It may be the biggest individual tax dodge in British history, and is legally watertight provided Mr Ecclestone did not set up, or control, the trust.”

Bernie Ecclestone: “The Revenue investigates you and if they find out something is wrong they say ‘This is wrong and you should have paid this amount’ and you pay it.”

“A PCS HMRC spokesperson said: ‘The irony is not lost on us or our members who see one of the richest people in Britain dodging his tax on the same day as we are being forced to ballot our members in HMRC on industrial action.'”

‘More to come from Mercedes’ (Sky)

Lewis Hamilton: “The Red Bull is very, very fast through the high-speed, which tells me they maybe have a little bit more downforce than us. Last year was a massive gap between how much downforce they had [compared to what Mercedes had]. We’ve definitely closed that up but I think we can do a better job, we can do more.”

Gerard Lopez: “I know there are teams running at 700 people. We don’t, we’re running at 470, which is substantially more than over half the teams here.”

AldoH enjoyed yesterday’s On This Day video of Niki Lauda’s win in the 1974 Spanish Grand Prix:

What struck me was the surroundings. OK, Jarama was a awful place to have a F1 race. You can see that there are no stands, the cars are parked less that 100 meters from the track and, beyond the craziness of the pit lane, you can see people everywhere. Footage from other races in those years show a similar scenario: lots and lots of people near the cars.

Compare that to F1 today. The pit lane is clearly a safer area, almost clinical. But the people, the racing fans, are nowhere to be seen anymore. The area between the cars and the spectators is just huge. Sometimes you get a glimpse of the fans, in particular when is raining and the TV shows them trying to cover.

To me, this shows very clearly how we moved from races to be seen and enjoyed in person to spectacles organized and planned for TV cameras. The ‘idea’ of a race, the ‘representation’ of a race is now the real stuff; at the track, if the stands are empty we won’t probably notice. I can say the same from the Olympics Games. As a reporter I covered several Games and when I sat in front of TV to watch the Chinese Games en 2008 I immediately noticed that the real stuff is nothing like that. London 2012 took the tendency even further. People see a planned representation of something, and most believe that what they see is the real thing.

Now we can see on the screen the amount of petrol each car is consuming, the amount of stored kinetic energy and the G-forces acting on the driver’s neck. But I really ask myself if some of the magic is lost.
AldoH

The Zolder circuit held the Belgian Grand Prix for the final time 30 years ago today. Michele Alboreto won the race for Ferrari ahead of Derek Warwick and Rene Arnoux.

Keke Rosberg had worked his way up from twentieth to third by the penultimate lap, only to run out of fuel and be classified in fourth.