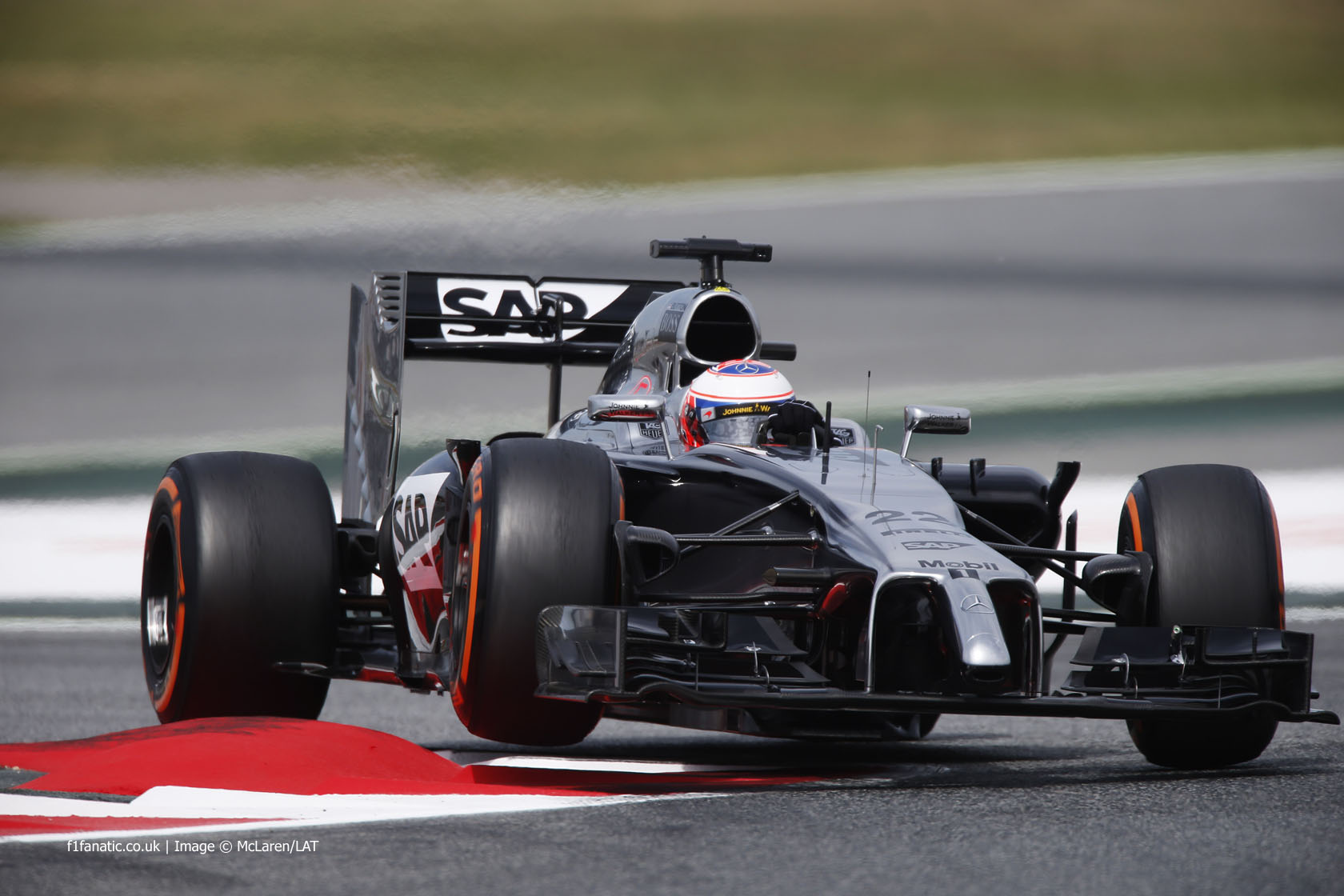 Jenson Button said a gamble on his second pit stop spoiled his race after finishing out of the points in Spain.

“The start and the first lap cost me a lot of time and my second pit-stop compromised my strategy,” said Button, who ended the race in 11th place.

“During the first two stints, it felt like we were making progress, because we were faster than the cars in front.

“But we gambled on taking the second stop early, thinking we could jump one of the Force Indias, but Daniil [Kvyat’s] Toro Rosso followed me in, and caused my release to be delayed by a few seconds while he came past me in the pit-lane.”

“Then I came out of the pits just in front of Lewis [Hamilton], who was lapping me. He was running old tyres, while I was on fresh rubber; I had to let him past, but it delayed me a bit more.”

Button crossed the line 4.4 seconds behind Nico Hulkenberg, the last of the points finishers.