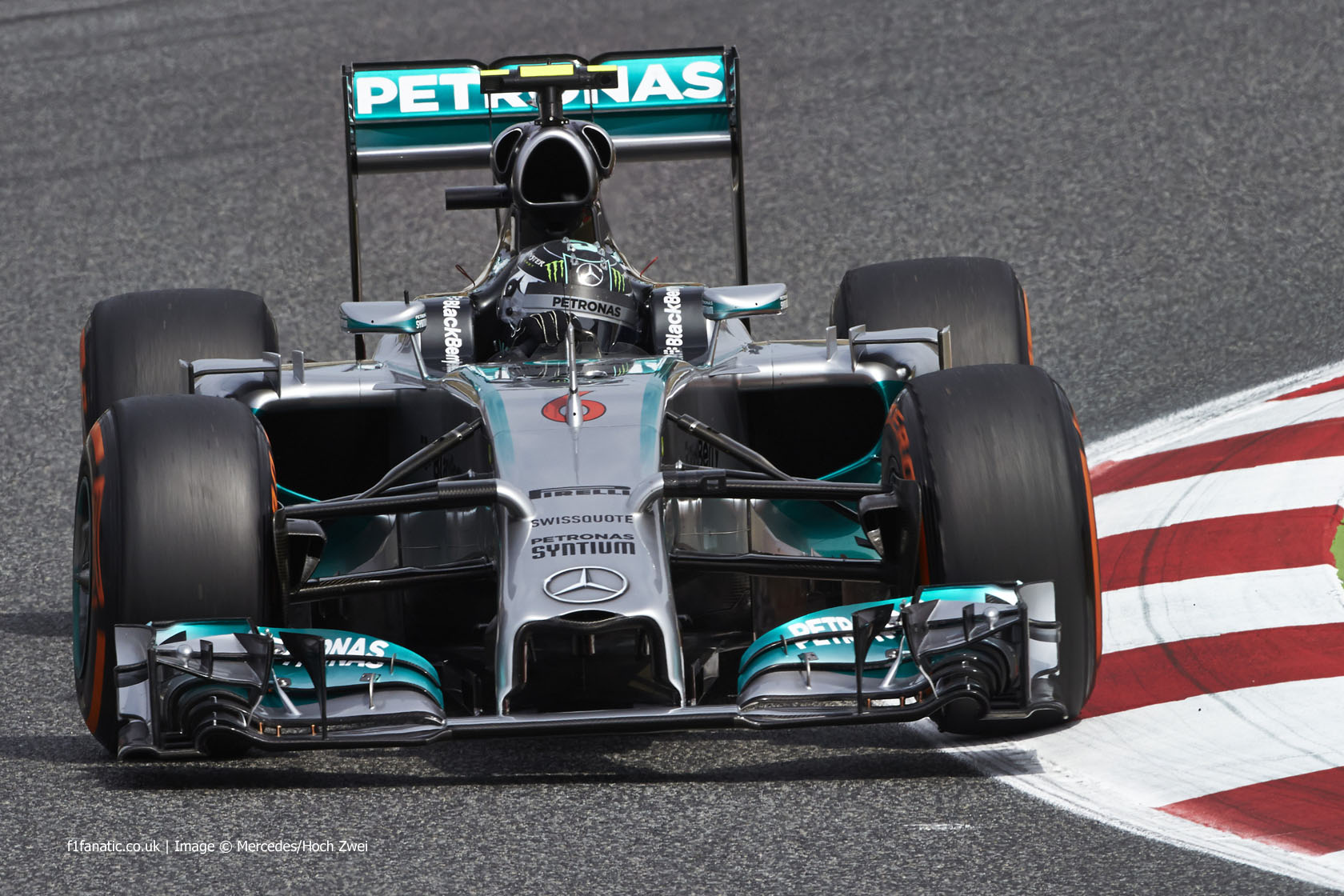 Nico Rosberg believes he could have passed his team mate to win the Spanish Grand Prix had the race gone on one lap longer.

Rosberg was six-tenths of a second behind Lewis Hamilton at the chequered flag.

Asked during the podium ceremony how many laps he would have needed to pass the other Mercedes, Rosberg said: “I think one more, to be honest.”

“One more and I could have given it a good go. I wasn’t close enough to give it a go there, but next lap I would have, but unfortunately that was it.

“So a bit gutted. But still, second place, still close to the championship, and many more races to go anyways.”

Hamilton admitted his team mate had been quicker during the race: “I wasn’t fast enough really today, Nico was quicker,” he said.

“I struggled a lot with the balance, really had to rely on my engineers a lot more to give me the gaps and try to find where I could find time. And also all my settings I was moving them up and down, up and down, really trying to find extra time.

“But Nico was just generally quicker this weekend, but fortunately I was able to keep him behind.”

68 comments on “Rosberg ‘needed one more lap to pass Hamilton’”