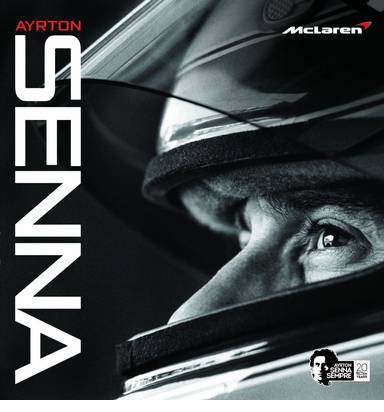 Joining the clutch of new books on Ayrton Senna to mark the 20th anniversary of his passing is this product from McLaren which carries the endorsement of the Ayrton Senna Institute.

Written by the hugely experienced F1 journalist and author Maurice Hamilton, there’s every reason to expect it would be a cut above a lot of the writing on Senna. In the two decades since his death Senna has become by far the most widely discussed F1 driver, and that over-exposure has led to a plethora of uninteresting biographies.

Bearing the McLaren logos on its cover, you’d be forgiven for assuming this book gives an account of Senna which is weighted towards his time at the team, or perhaps even ignores the rest of his career altogether.

For the most part that isn’t the case. Senna’s early years are covered in considerably detail than in many other books about him. But the concluding chapter on his tragically brief post-McLaren life is short and mainly focused on the memories McLaren team members have of him.

The same balance applies to the photography – LAT and Getty’s archives have been raided and the 200-plus pages are liberally illustrated with colourful images from the entirety of Senna’s career.

But inevitably there’s more than one new book on Senna competing for your shelf space. Tony Dodgins’ Ayrton Senna: All His Races earned top marks when reviewed here previously. McLaren’s offering suffers in comparison for being a less comprehensive account of his life. That said, it tells some new and noteworthy tales gleaned from McLaren staff who had first-hand experience of working with Senna.

It’s telling that the author steers clear of commenting directly on some of the more contentious aspects of Senna’s career. At these points – Imola ’89 and the Suzuka episodes – chunks of the relevant Autocourse reports are quoted instead, and it’s not hard to see why that might leave readers feeling short-changed.

McLaren has moved into book publishing in a big way recently and several of their products – The Drivers, The Wins and The Cars – are easy to recommend. The same would be true of this if there weren’t another new book available at a similar price point which offers a fuller account of Senna’s career.

But of there’s one thing the F1 book market doesn’t lack it’s books on Senna. No doubt in five years’ time another crop will appear. Hopefully before then someone will find time to pen a few words about one of his rivals.

If this were to serve as the starting point for a series of books from McLaren on their past champions – such as Alan Prost, Niki Lauda and Emerson Fittipaldi – I’m sure many F1 readers would appreciate the change of focus.