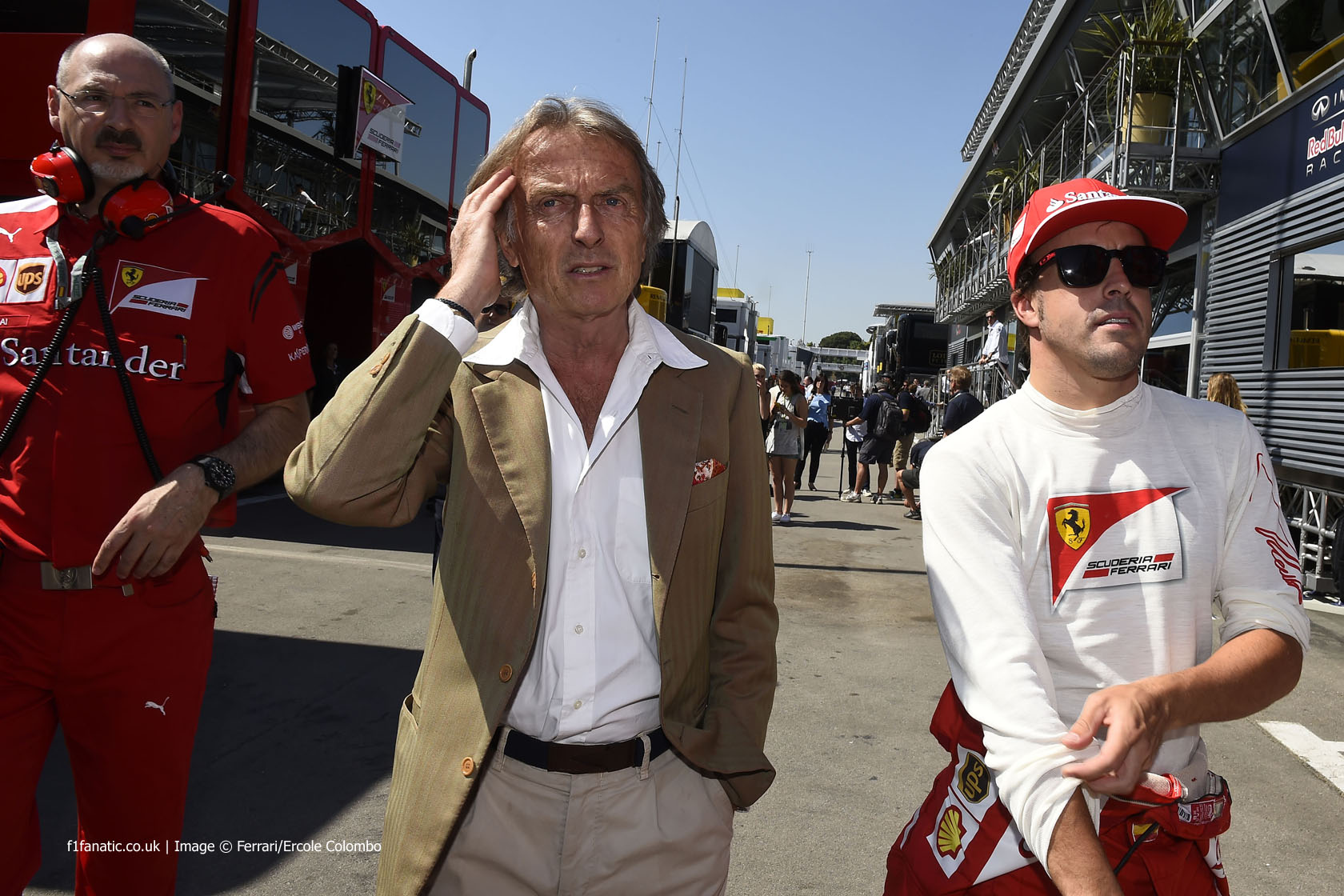 Luca di Montezemolo has responded to speculation about Fernando Alonso’s future by lavishing praise on his driver.

“Fernando is the best driver in the world, who always gives 200% in the races,” said Montezemolo in comments published by the team.

“He knows how much I count on him, even away from the race track, in terms of his contribution and the impetus he gives to the team. I think it’s incredible that there are still some so-called experts who don’t understand that and are always looking for a polemical situation that simply doesn’t exist”.

Alonso responded to recent praise from Mercedes management of his driving by telling media in Monaco: “It’s sometimes; not sad, but sometimes strange to see good comments and good compliments from people from outside, and from the side that is supposed to be close to you there are the opposite comments.”

Montezemolo added: “The truth is that he and Kimi [Raikkonen], another incredible driver, need a competitive Ferrari and giving them that is our sole objective.”

“We are working very hard, starting with Marco Mattiacci, who knows what needs to be done and who will instigate many changes at a technical and organizational level and in speeding up the decision-making process.

“That’s what I want, as do our drivers and our fans, while all the rest is just idle chat.”