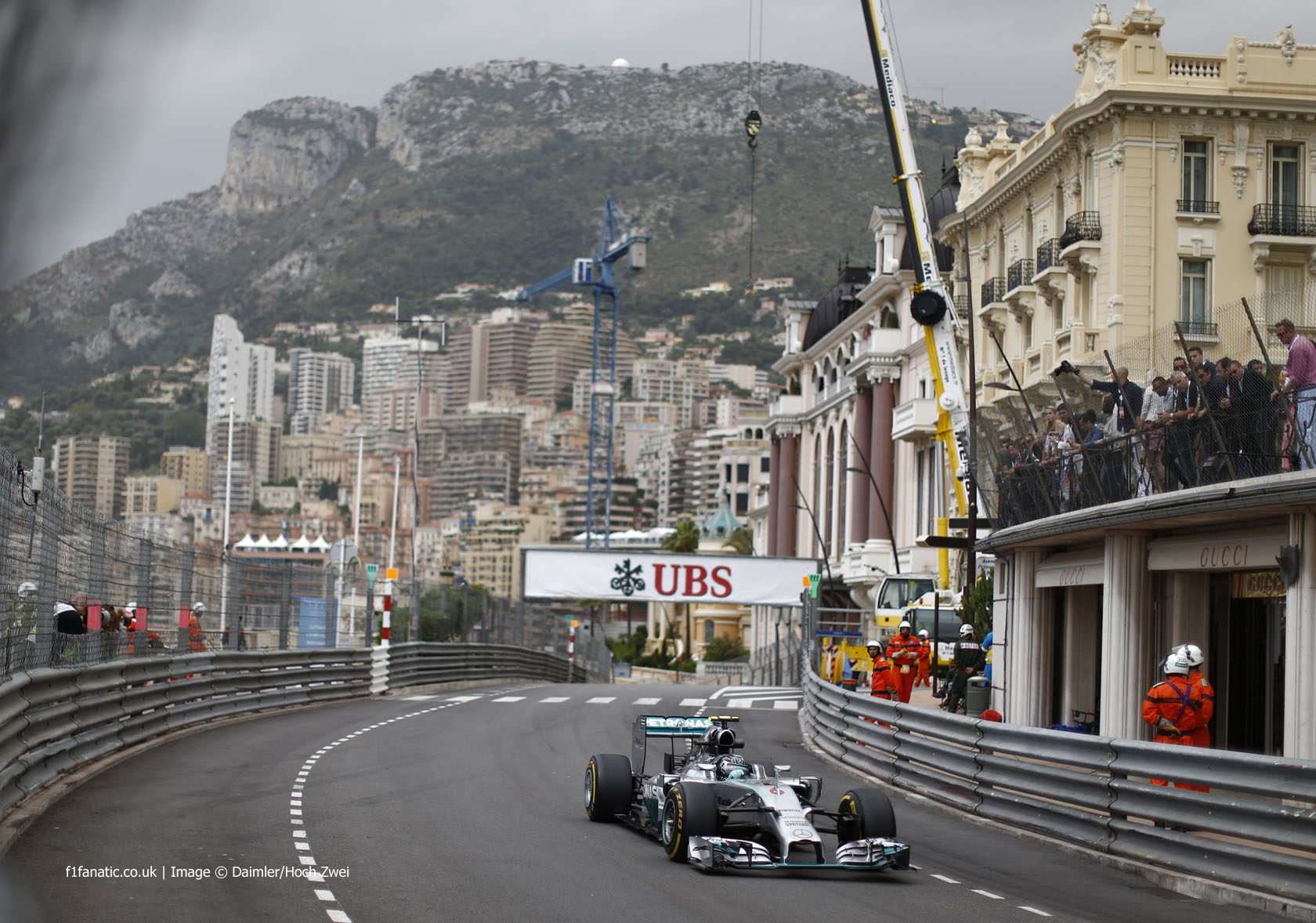 Did Nico Rosberg deliberately go off on his final qualifying lap to prevent his team mate beating him to pole position?

The Monaco Grand Prix stewards are investigating whether Rosberg’s skid at Mirabeau on his final lap was a genuine mistake, or an attempt to stop Lewis Hamilton from bettering his time.

Rosberg appeared to lose control of his car, then steered into an escape road. However because of the limited amount of run-off at Monaco, the yellow flags were displayed, which meant the cars following him had to back off. They included Hamilton, who was the only driver likely to beat Rosberg to pole.

Up until that point the two Mercedes drivers had been in one of their closest battles for pole position so far this season, with the advantage to-ing and fro-ing between the pair of them.

But the pendulum swung again when Q3 began. Rosberg led the two cars around on their first run and posted a 1’15.989. Hamilton crossed the line 11 seconds after his team mate and posted a time that was 0.059s slower. Here’s how their sector times compared:

The next quickest driver was Daniel Ricciardo, almost four-tenths of a second slower than Rosberg and unlikely to make the difference with his final run. The contest for pole position was between the two Mercedes drivers.

Rosberg began his final effort with 57 seconds remaining in Q3. Behind him were Jean-Eric Vergne and Sebastian Vettel, followed by Hamilton – who crossed the start line just as Rosberg reached Mirabeau.

The first sector ends just before the corner and Rosberg lost 0.124s going through it compared to his first effort. Approaching Mirabeau he appeared to make several corrections to his car’s steering, then at the last moment swung left and headed for the escape road.

With the Mercedes sitting in a narrow escape road yellow flags were waved in sector six, which covers Mirabeau and the approach to the Fairmont Hotel hairpin.

Vettel, Kvyat and then Hamilton each passed by – Hamilton doing so after setting a personal best of 19.906s in sector one. With that he’d only have needed to replicate his previous times from sectors two and three to take pole position. But as he had to back off for the yellow flag, he couldn’t.

The incident immediately drew comparisons with Michael Schumacher’s infamous manouevre at the same circuit eight years ago. Schumacher had been quickest with his first lap in Q3 but was on a slower time, and deliberately stopped his car at Rascasse to bring out the yellow flags and stop his rivals, including Fernando Alonso, from beating him time. The stewards sent him to the back of the grid.

Did Rosberg do something similar today? Afterwards he insisted his approach to the corner had been little different to before and said the data would support that. His team mate, unsurprisingly, was not impressed.

Was Rosberg’s Mirabeau moment fair or foul? Cast your vote below and have your say in the comments.

Did Rosberg deliberately go off at Mirabeau to take pole position?

134 comments on “Did Rosberg deliberately go off at Mirabeau?”