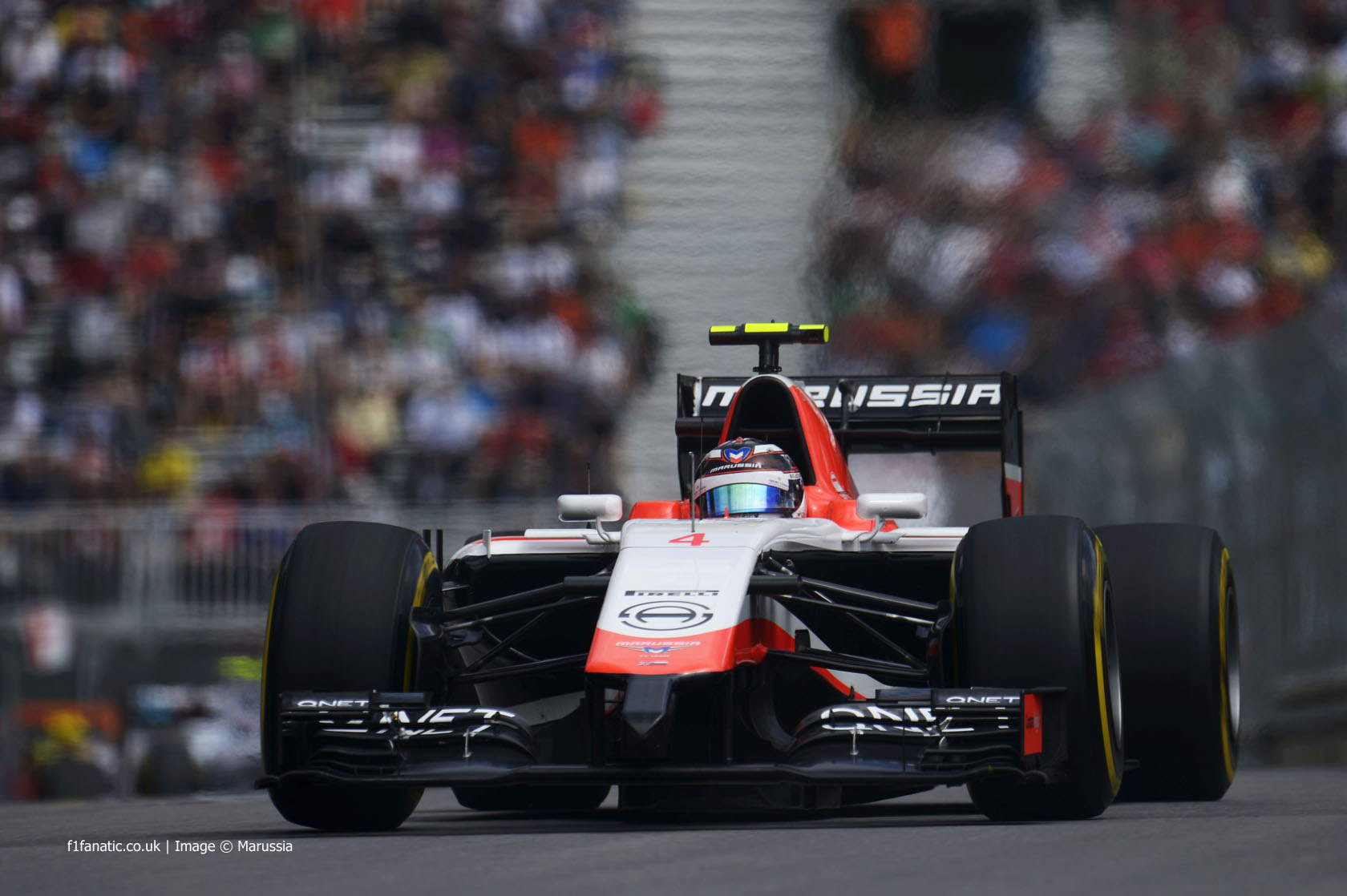 Max Chilton has been given a three-place grid penalty for the next race after he was judged to be responsible for a crash which eliminated both Marussias from the race.

Chilton ran wide into team mate Jules Bianchi at turn three on the first lap of the race, firing his team mate into the wall at turn four, causing heavy damage to the car.

After the collision Chilton came to a stop a few hundred metres down the road with broken suspension. He described it as “a disappointing end to a really promising weekend”.

Neither driver took responsibility for the crash. “The incident between myself and Jules obviously ended not only our own races but also the team’s, so it’s sad for all the guys after making such progress again,” said Chilton.