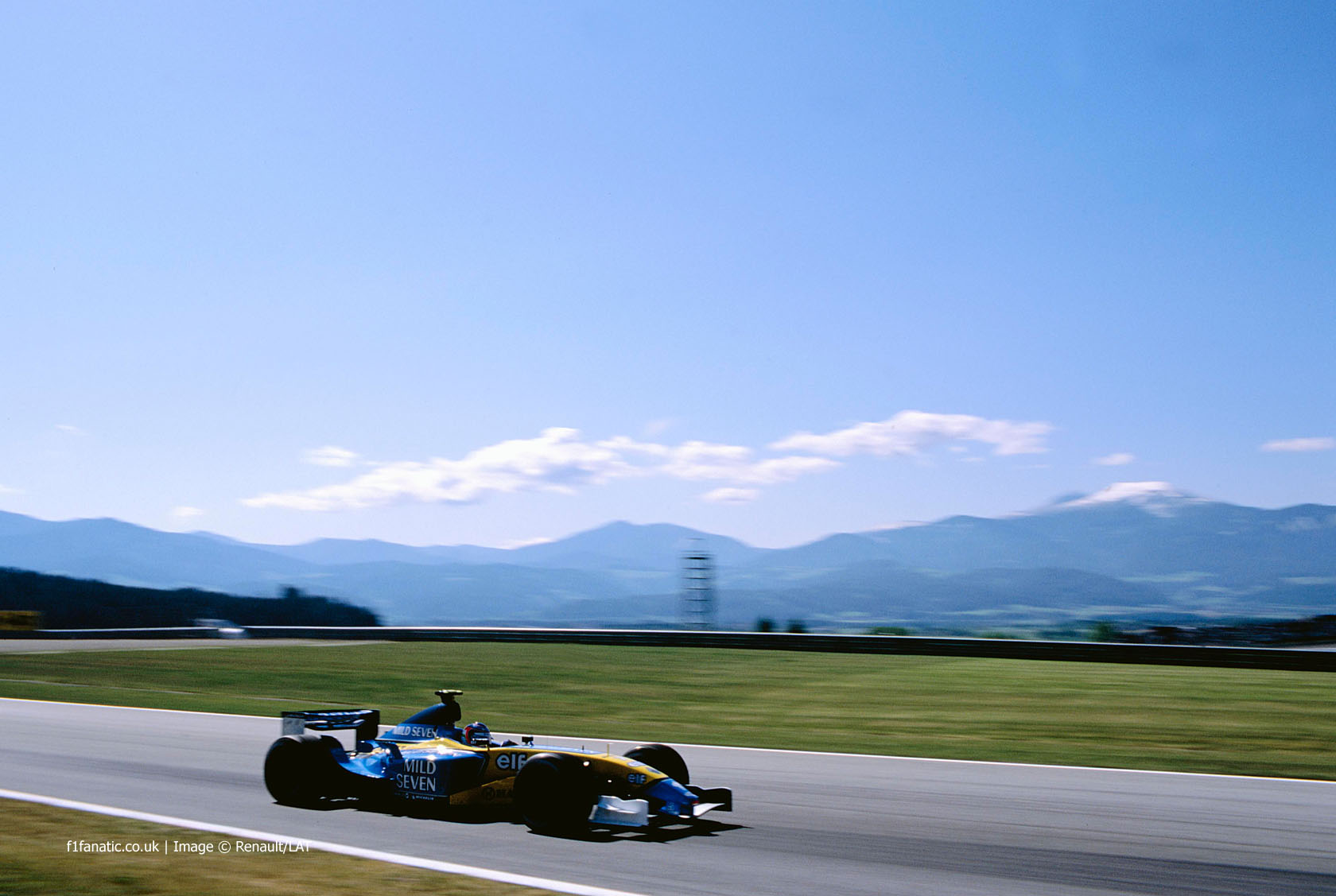 It’s the first F1 race in Austria since 2003, after which its track became one of several casualties among European racing venues as Formula One expanded into new territory.

But the failures of far-flung races in South Korea and India left gaps to fill on the 2014 schedule. Red Bull owner Dietrich Mateschitz swooped at the opportunity to restore Austria to the F1 schedule and it proved a popular move: tickets for the race sold out long ago, something which could not have been said of the two events which have been dropped.

This is the second return to the calendar for the venue now known as the Red Bull Ring. In its original incarnation, the Osterreichring was once the fastest circuit in Formula One. Axed from the calendar in 1987, it returned a decade later, renamed the A1-Ring.

At the time it was the first major F1 circuit construction to have been handled by the company which has held a near-monopoly on F1 track design since: Tilke Gmbh. While the passing of the grand old circuit is still lamented, the short and simple truncated version has its own appeal.

During its last run from 1997 to 2003 the A1-Ring gained a reputation for producing good races enlivened by several passing opportunities. Hopefully that will not be damaged too much by the addition of a pair of DRS zones.

The irony of this track being owned by Red Bull can’t have escaped anybody, because one look at the track layout tells you it is unlikely to be a happy hunting ground for their F1 cars. Team principal Christian Horner joked about installing chicanes on its long straights to tip the balance away from horsepower, which they lack, and towards downforce, which they have in abundance.

But the last race was a timely reminder that Red Bull’s well-drilled F1 operation is never to be underestimated. On a day when Mercedes faltered and teams such as Force India and Williams could or even should have won, Red Bull were the ones who capitalised. Still, it’s hard to see them doing so again without another double disaster for Mercedes.

The latter part of the lap does offer something for the RB10 to get its teeth into, in the form of a few quick corners in the model of the old course. The presence of these bends make it all the more surprising Pirelli have allocated their softest available tyres for this race.

F1’s official tyre supplier has previously played it safe with their tyre choices when heading to new venues. The choice of the soft and super-soft rubber is another indication how conservative this year’s compounds are.

Another distinguishing feature of the Red Bull Ring is its relatively high altitude. Located 660m above sea level in the Styrian mountains, this is the highest venue on the calendar bar Interlagos in Brazil (750m).

This could have an effect on reliability. “At the time of naturally aspirated engines, the altitude – the circuit is over 600 metres above sea level – made life easier from a reliability point of view,” explained Ferrari’s engine and electronics deputy director Mattia Binotto. “But now with the use of the turbocharger this advantage is cancelled and we can expect a similar challenge to that posed by the Montreal circuit.”

Austrian-owned but British-based, this is the first of two consecutive home races for the world champions, ahead of the British Grand Prix in two weeks’ time.

Daniel Ricciardo arrives at the circuit on a high following his breakthrough win, but he and team mate Sebastian Vettel are likely to be hampered by their car’s lack of straight-line speed once again.

Lewis Hamilton’s second retirement of the season in Canada undid much of his work hauling in team mate Nico Rosberg in the championship.

“I caught up before and I can catch up again,” he said. “It’s going to take another four wins to make the difference so I’m going to do my best to get those results.” With two DNFs to his team mate’s none, he could do with a little help from the law of averages.

Given their poor performance in Bahrain and Canada, expect another tough weekend for Ferrari at a venue where power is especially important.

However technical director James Allison says the team has increased its rate of development: “In recent races we have brought more upgrades than usual to the track and this has improved our position marginally.”

Lotus’s resurgence faltered in Canada, but Romain Grosjean is optimistic of a better showing this weekend.

“I don’t think the circuit should be as much of a challenge to us as Monaco or Montreal,” he said. “Certainly there are fewer low speed corners which seem to have been more difficult for us this season and the downforce level could suit us better too.”

Jenson Button snatched an unheralded fourth place in Canada. But McLaren are doubtful of making big gains in Austria.

“We’ll be evaluating a number of short- and long-term performance steps,” said racing director Eric Boullier. “It’s still too early to feel confident about calling them race-able options – it’s more about evaluating their applicability at the circuit than simply hoping they’ll improve lap-time.”

As Canada suited Force India well, the team expect Austria will too. That should give Sergio Perez a chance to make amends for losing a strong finish on the final lap, though his collision with Felipe Massa means he has a five-place grid penalty this weekend.

It’s hard to see any major step forward from Sauber after their dreadfully tough 2014 continued in Canada.

Jean-Eric Vergne was in fine form in Montreal while Daniil Kvyat suffered a trying grand prix. The latter has tackled a lot of new tracks this year, so he will be pleased to be among the few drivers with prior experience of this circuit.

It’s starting to look a bit like 2012 for Williams, who have all too often failed to capitalise on the potential of the FW35. Its Mercedes engine should make them a force to be reckoned with here, if they can avoid any hiccups.

From the high of Monaco to the low of Montreal. Chilton’s three-place grid penalty should at least limit his opportunity to wipe out both the team’s cars on the first lap.

Some wild rumours after the Canadian Grand Prix claimed Caterham wouldn’t be racing in Austria. That proved not to be the case, but it’s hard to see them doing anything other than bringing up the rear of the field.

Are you going to the Austrian Grand Prix?

If you’re heading to Austria for this weekend’s race, we want to hear from you.

Who do you think will be the team to beat in the Austrian Grand Prix? Have your say below.