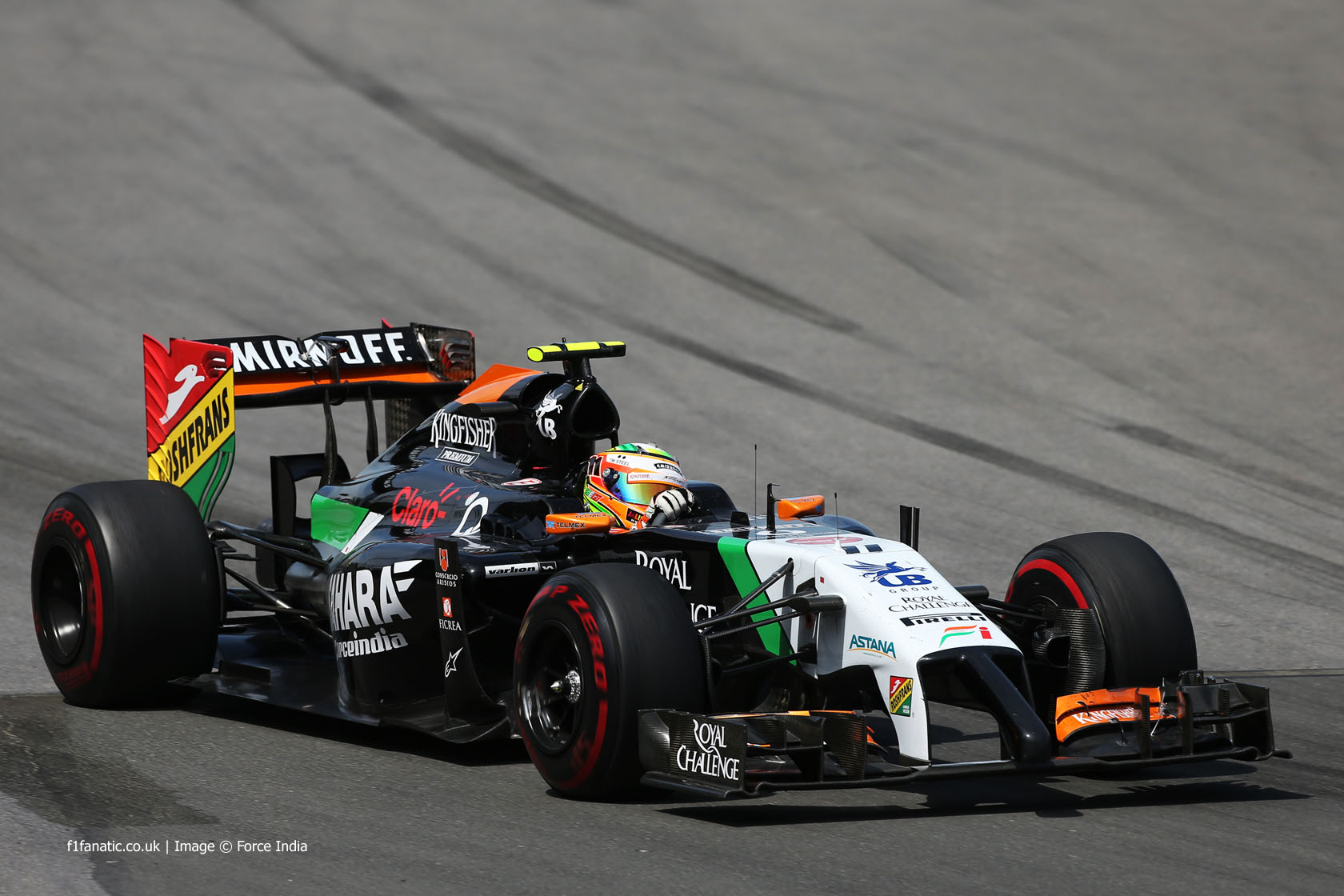 The Austrian Grand Prix stewards will hold a further investigation into the collision between Sergio Perez and Felipe Massa at the end of the previous race in Canada.

A hearing will be held tomorrow at the Red Bull Ring following a request from Force India, who say they wish to present new evidence.

Perez was held responsible for the crash and handed a five-place grid penalty for this weekend’s race for the collision. Afterwards Perez continued to protest his innocence, saying: “I was following the same line and braking patterns as in the previous laps and I just got hit from behind by Massa.”

During today’s press conference Perez added: “We believe we have enough evidence to prove I did nothing wrong.”

The stewards issued the following statement:

The FIA has received a request from Sahara Force India F1 Team, the entrant of Car 11, requesting a review of the Stewards’ Decision (Document 44 of June 8, 2014) in accordance with Article 13.10 of the FIA International Sporting Code. The request refers to the emergence of “new elements”.

1. Determine as to whether or not a new element exists under Article 13.10.2 of the Code; and
2. If such an element is determined to exist, convene a new hearing to consider any such new element(s).

In order to determine whether or not a new element exists the Stewards will convene at 09:00 hrs on Friday June 20, 2014. The driver and team representative of Car 11 are required to attend to present their case as to the existence of any new element(s).

In the event that the Stewards decide, in accordance with Article 13.10.1 of the Code, that a new element(s) exists, a hearing will be convened at 1600 hours on Friday June 20, 2014. The drivers and team representatives of Car 11 and Car 19 (Felipe Massa – Williams Martini Racing), will be required at this hearing.