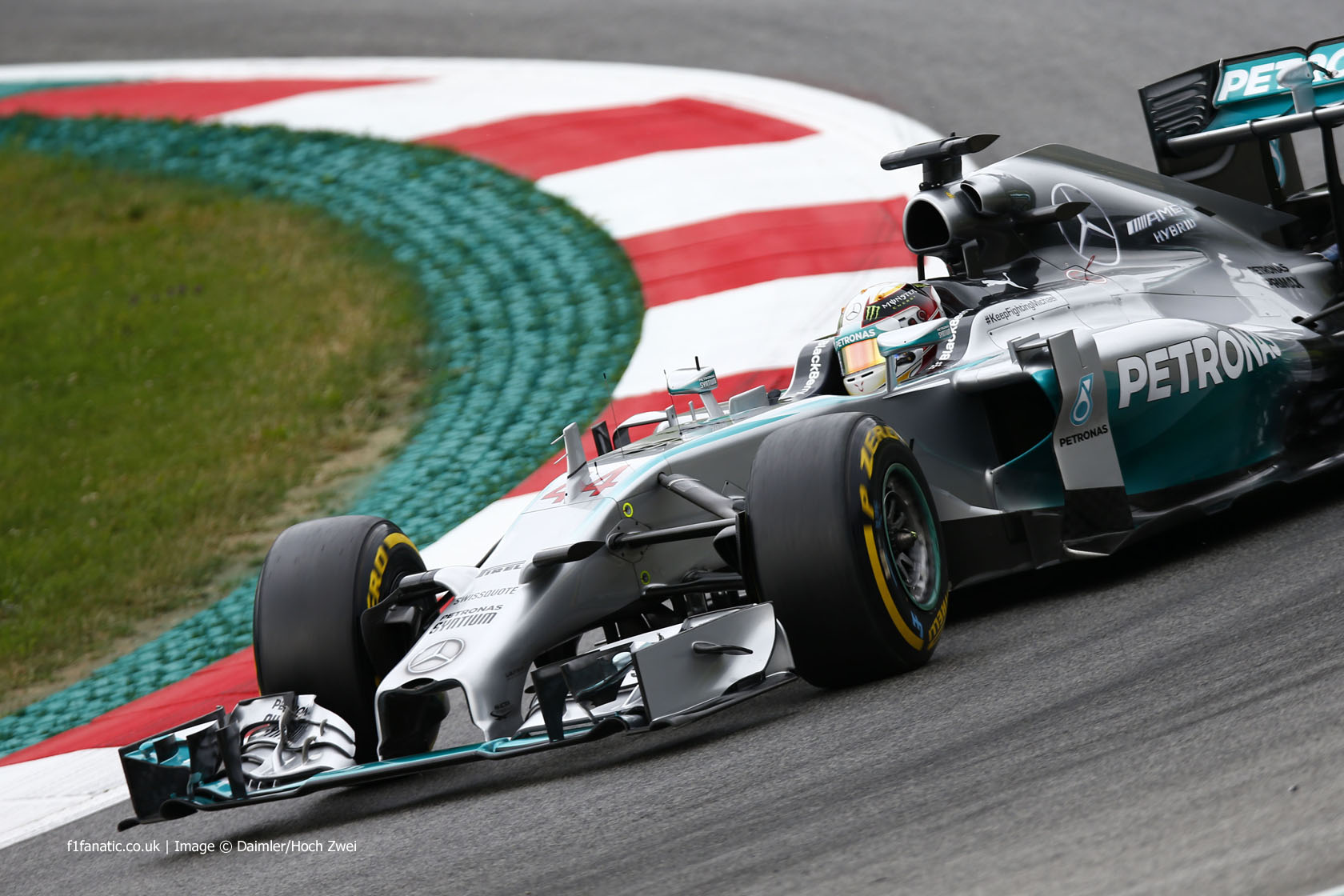 Mercedes remained on top during the second practice session for the Austrian Grand Prix but this time is was Lewis Hamilton who led the way.

Nico Rosberg took three attempts to get within four-tenths of a second of his team mate, as the two W05s were the only cars to lap the Red Bull Ring in under 70 seconds.

However the gap between the silver cars and their rivals widened considerably in the afternoon session. Fernando Alonso was third-quickest for Ferrari, over nine-tenths of a second off Hamilton’s pace.

The Williams pair were close behind, Valtteri Bottas and Felipe Massa within five-hundredths of a second of the Ferrari. Red Bull enjoyed a better second session at their home track, with Sebastian Vettel in sixth place and Daniel Ricciardo eighth.

A rain shower briefly threatened the final minutes of the session while the drivers were completing their race simulations. But while stronger winds briefly made for challenging conditions the track stayed dry.

35 comments on “Hamilton leads another Mercedes one-two in Austria”