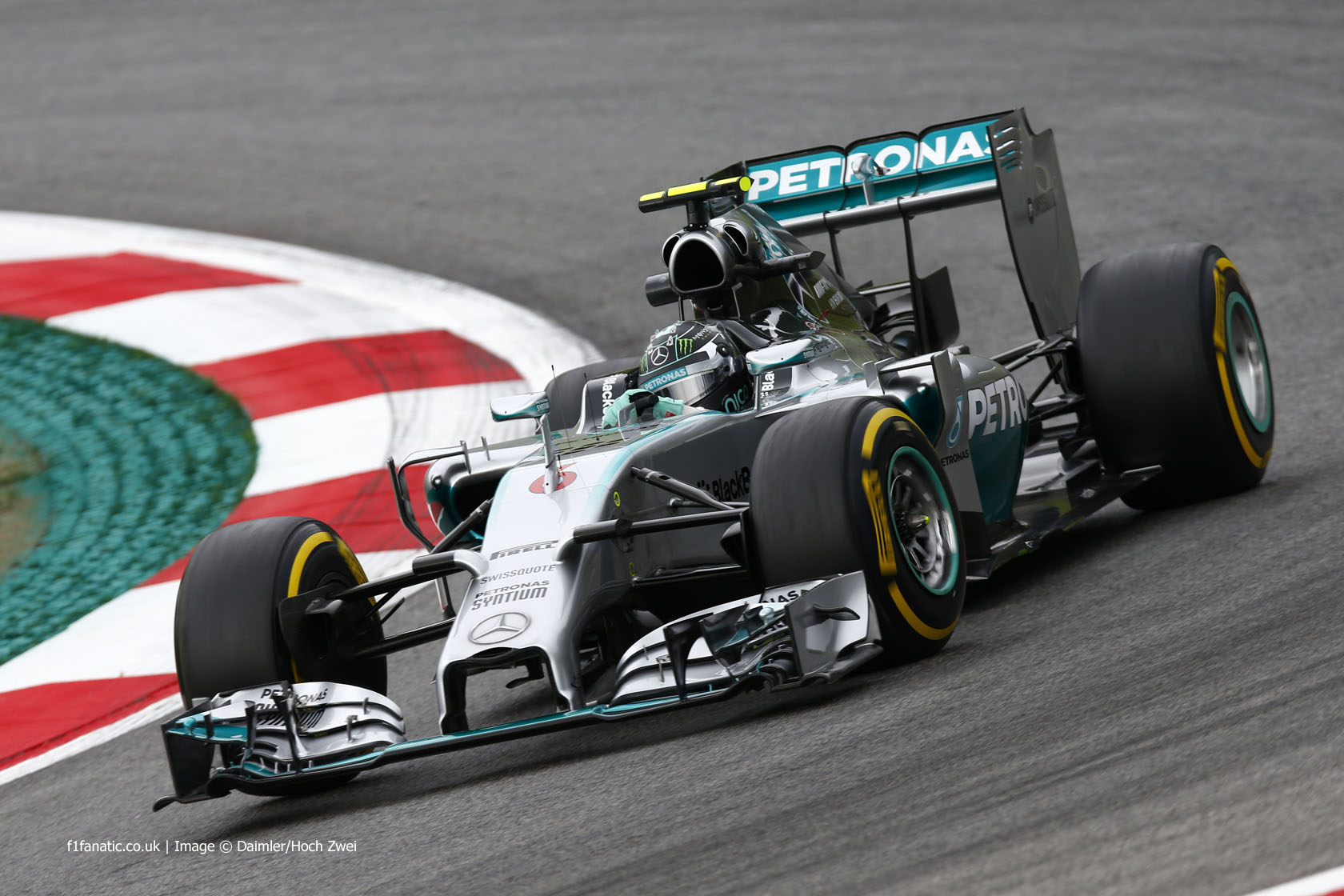 The two Mercedes drivers topped the times in the first practice session at the Red Bull Ring but Nico Rosberg ran into technical trouble with his car.

His W05 slowed with a loss of power early in the session, forcing team mate Lewis Hamilton to take avoiding action towards the end of the lap. After a brief stay in the pits Rosberg got going again, but headed back to his garage before the end of the session.

Rosberg was running extra skid blocks on his Mercedes to generate more sparks as part of an FIA initiative to make races more exciting, but it seemed to have little effect on his car’s performance, as he ended the session over a tenth of a second quicker than Hamilton.

The Ferrari of Fernando Alonso was third-quickest, with team mate Kimi Raikkonen in 11th place performing a similar test to Rosberg.

Felipe Massa was fourth despite running wide into one of the Red Bull Ring’s gravel traps early in the proceedings. Valtteri Bottas in the other Williams had a significant lock-up at turn one but his team did not immediately identify anything wrong with his car.

The top ten times were largely populated by Mercedes-powered cars with Jenson Button fifth for McLaren ahead of the two Force Indias, Bottas and the other McLaren of Kevin Magnussen.

Jean-Eric Vergne also made it into the top ten for Toro Rosso and was optimistic about the team’s potential, saying there was at least half a second more in his car.

With the other Toro Rosso of Daniil Kvyat in 12th place, the dozen runners at the top of the times were separated by little more than a second on the comparatively short track.

However neither of the Red Bulls featured among them in the first practice session at their home track. Sebastian Vettel could only manage 15th after a lurid double spin at the final corner during which he was fortunate not to hit the barrier. Daniel Ricciardo, 13th, also went wide at the same bend during proceedings.

Marcus Ericsson only covered eight laps before his Caterham slowed with a problem at turn one and he was told to jump clear. Adrian Sutil’s session also came to an early end due to technical problems.