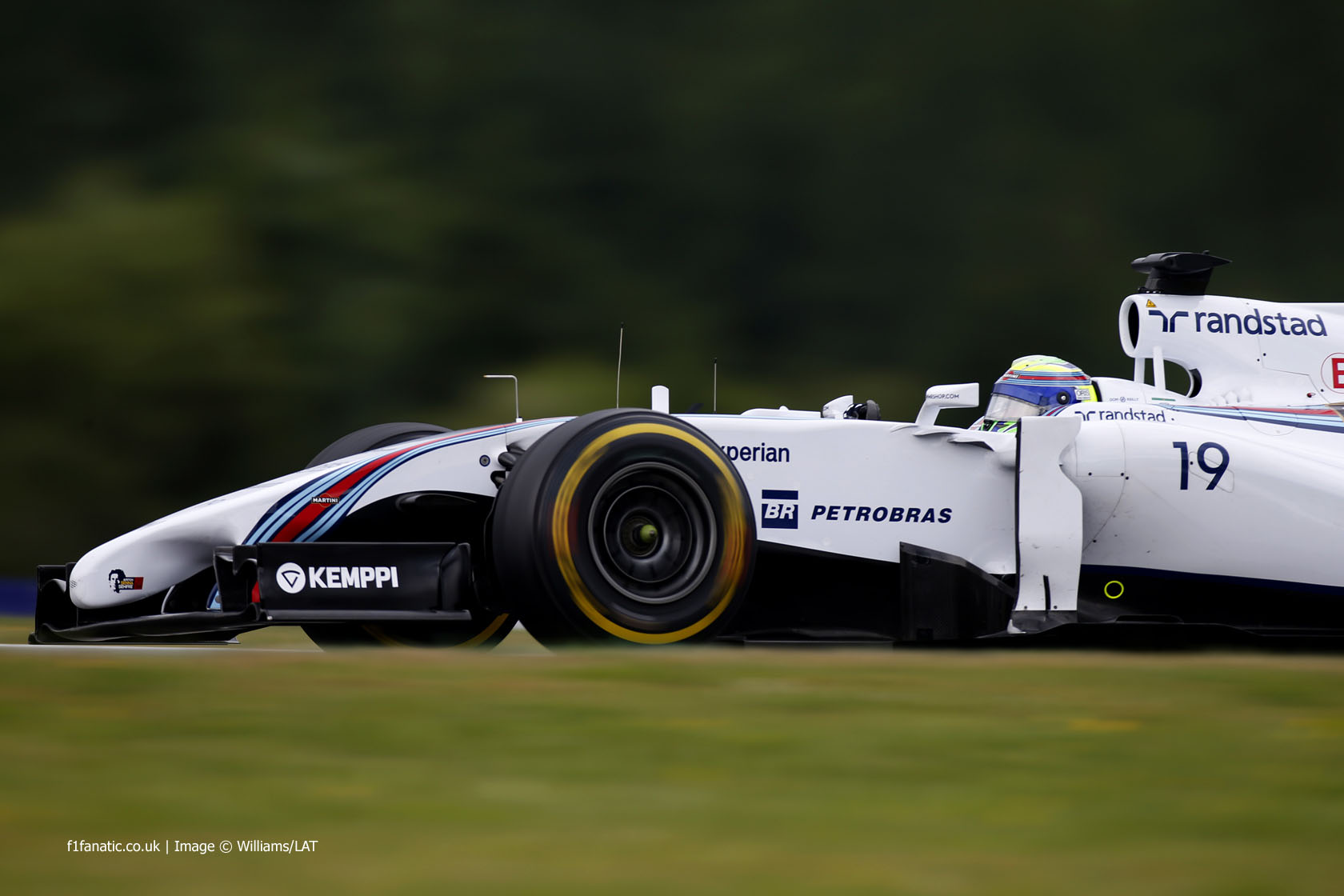 Felipe Massa ended his six-year pole position drought as Williams inflicted a surprise defeat on Mercedes in qualifying for the Austrian Grand Prix.

Team mate Valtteri Bottas joins him on the front row of the grid after making a mistake on his final lap which may have cost him his first Formula One pole position.

They relegated Nico Rosberg to third place and Lewis Hamilton will start ninth after spinning off twice in Q3.

The Mercedes drivers easily progressed into the second part of qualifying without having to use the super-soft tyres. They headed the times with the laps they set on the soft compound, but were split by Daniil Kvyat when the Toro Rosso driver switched to the super-soft tyres.

The stewards proved true to their word when they had warned the drivers about running wide at turn eight. Several drivers had their quickest times deleted after putting four wheels wide in turn eight.

Adrian Sutil was one of the drivers who made that mistake, and it could have cost him a place in Q2 as he was squeezed out in the final runs.

He was joined by team mate Esteban Gutierrez and the two Marussias and Caterhams as usual.

Fernando Alonso had a fright during Q2 when he became the latest driver to run wide at the final corner. The Astroturf and bumpy grass had punished several others during practice.

He recovered later in the session to secure a place in Q3, as did team mate Kimi Raikkonen who had been in the drop zone following the first runs.

But the biggest name which failed to make it into the final ten was Sebastian Vettel. The Red Bull driver ran wide at turn three on his final effort, meaning he failed to reach Q3 at their home circuit.

Pastor Maldonado also went out in Q2 after skidding off the track at turn five on his last attempt.

The Mercedes drivers headed the times with Rosberg ahead this time, though he remained slightly unhappy with the balance of his car heading into the shoot-out for pole position.

Two sectors into his first flying lap in Q3 everything was looking good for Hamilton. He was fastest of all through both of them, but as he arrived at the troublesome turn eight his car snapped sideways, pitching him onto the run-off.

Ordinarily that would have paved the way for Rosberg to take pole position but the Williams pair were flying on the super-soft tyres and it was Bottas who led the way.

However he failed to improve with his final run as he put two wheels onto the grass in turn seven. That presented an opportunity for Mercedes to take their usual one-two – but they weren’t able to take advantage.

Heading towards turn two, Hamilton’s rear brakes locked, sending him spinning off for the second time in Q3. There was more bad news for the team as Rosberg was not far behind him and, in circumstances not unlike what happened in Monaco, he had to back off for the resulting yellow flag.

But while the Mercedes team were unable to capitalise Bottas’s team mate could. Massa’s lap was slightly scruffy, but it was clean enough for him to claim his first pole position since the 2008 season finale.

Hamilton’s failure to set a time drops him to the fifth row of the grid which he shares with Nico Hulkenberg, whose final time was deleted for running wide.