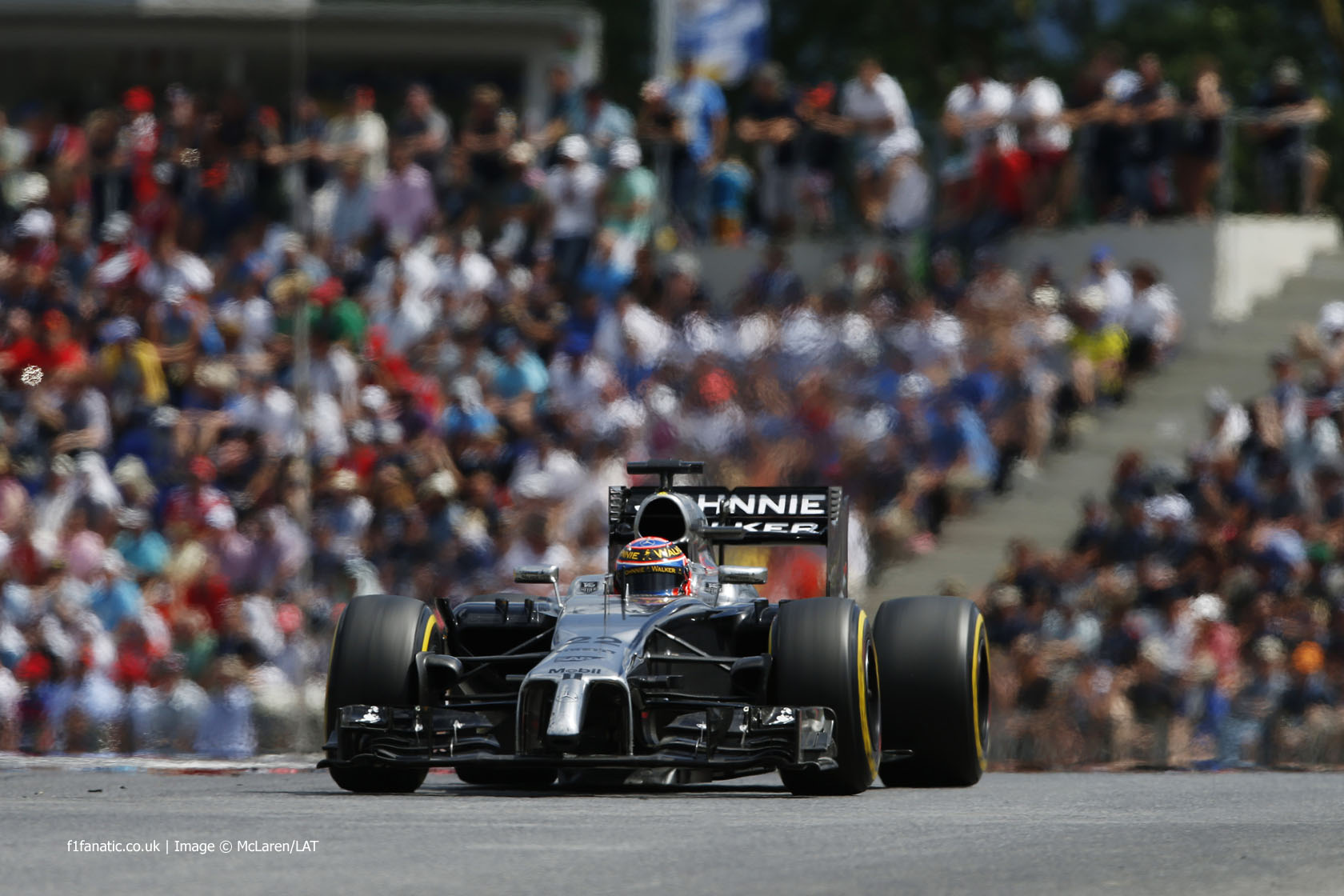 McLaren racing director Eric Boullier said the progress made by the team in the Austrian Grand Prix was the first reflection of the changes made at the team over the winter.

Boullier joined the team following their disappointing 2013 campaign which saw them finish fifth in the championship without scoring a single podium finish.

“I do have the confidence that we will have a good car from next year,” said Boullier in a McLaren phone-in, “just because obviously we addressed all the issues internally, and I believe we have made all the right changes.”

“We have seen already from Austria the first benefits of the changes we have done in the organisation, and I think now we are heading in the right way.”

Boullier said the improved form of fellow Mercedes customer Williams in the last race showed how the variation in car performance between different circuits is particularly pronounced this year.

“It just shows this year that you have a little bit of a strange pecking order in some races, just because of the layout [of the circuit],” Boullier explained.

“Let’s say Williams have built a good car, I think they have some weaknesses, but a lot of strengths in some track layouts. You could see, a very twisty track like Monaco they are not in good form, but a track with more chicanes and long straight line like Canada and Austria they were on good form.

“So I think it’s just this year it’s also obviously very dictated by the power unit, the driveability of the car and the power of the engine – the complete power unit – and how you deploy your energy. All this is why you have this change in the pecking order and classification over different track layouts.”

“I think there is a need for [FIA race director] Charlie Whiting to look at it carefully because there is obviously a lot of issues which could be wrong or make the show wrong as well,” he said.

“And obviously I think it’s a wish to change the regulations in this way. It still needs to be agreed by the [FIA] World Council. But I think there is a lot of thinking to be given how to do it practically on the track.

“Especially if we have maybe only a couple or laps or sometimes only one lap to make sure your drivers know where to stop, on which side of the grid, which may be a challenge.”