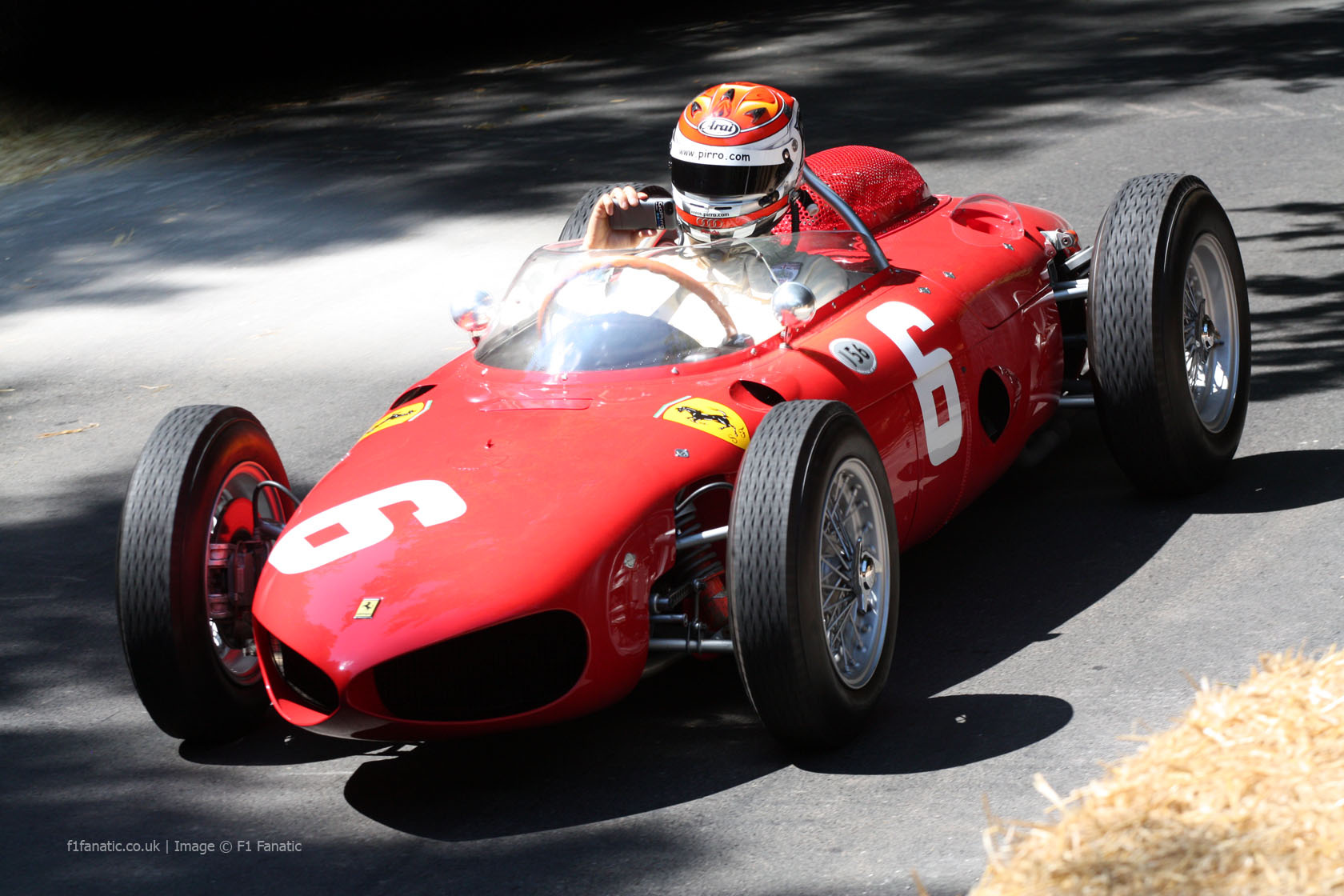 Mercedes dominated the mid-fifites in the world championship much as they are doing today with their W196 in open-wheel and streamliner form. Examples of each are in action at the Goodwood Festival of Speed.

Some less successful F1 machines are also present: BRM’s 16-cylinder P15 sounded spectacular but was outclassed on the track.

Unusual and obscure F1 cars often reappear at Goodwood and the Derrington-Francis cars based on an ATS chassis is an example: it only raced once.