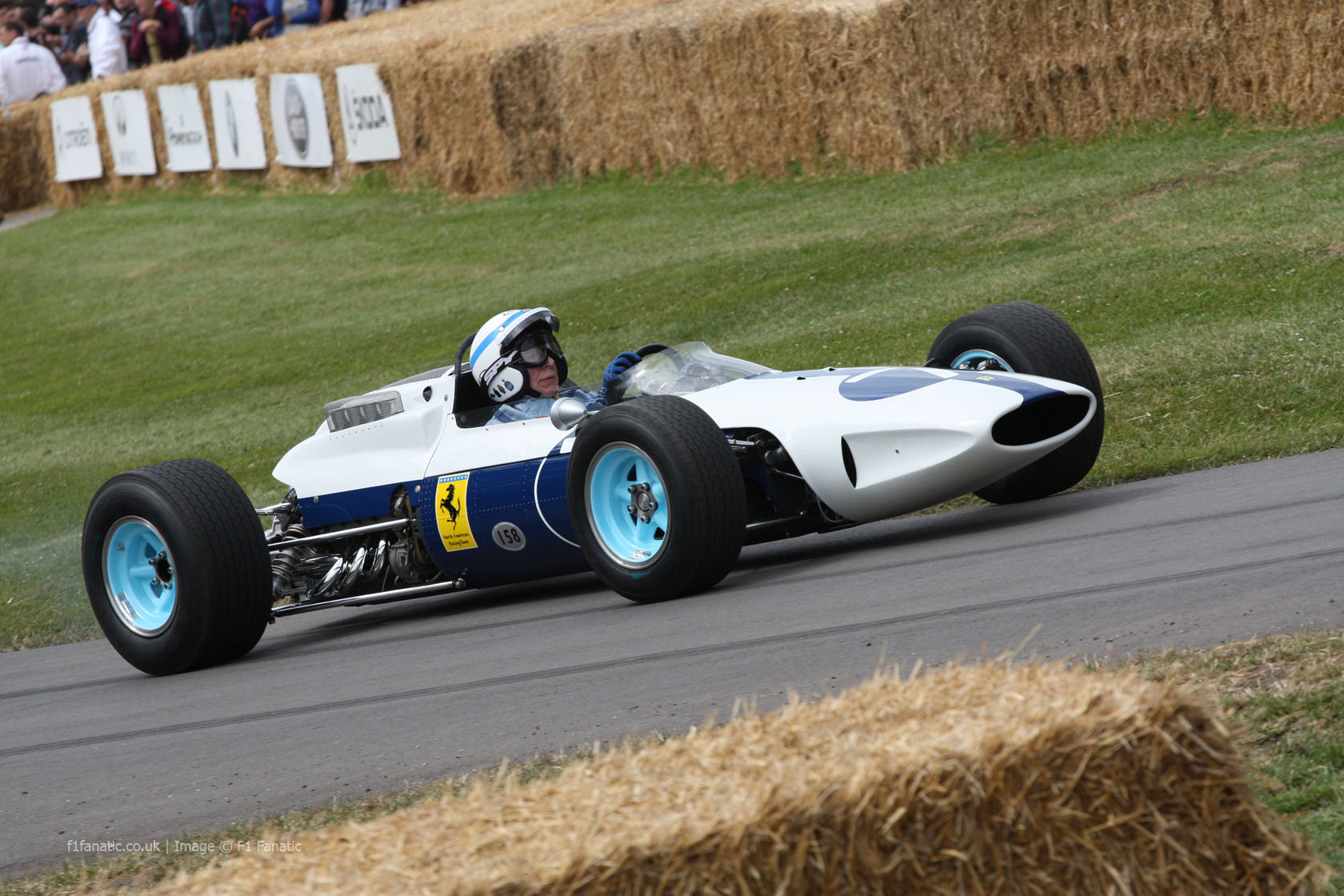 A special tribute to the racing career of John Surtees forms part of this year’s Goodwood Festival of Speed.

On the 50th anniversary of Surtees’ drove 1964 championship victory a collection of his diverse racing machinery has been brought to the Festival.

They include examples of bikes he competed on before he began his grand prix racing career (which are not being taken up the hill). Surtees remains the only driver to have won world championships on four wheels as well as two.

Surtees himself drove his 1964 Ferrari 158 up the hill. The car, which has a 1.5-litre V8 engine, appears in the unusual blue-and-white North American Racing Team livery it was in when Surtees won the 1964 championship.

At the time Enzo Ferrari had stopped running his cars in the tradional Italian red in protest at the Italian automobile federations refusal to sanction one of his Le Mans cars for competition on the grounds that too few examples had been made.

Once his driving career had finished Surtees built his own cars, and in 1977 future world champion Alan Jones drove for his team.

John Surtees cars and bikes at the Goodwood Festival