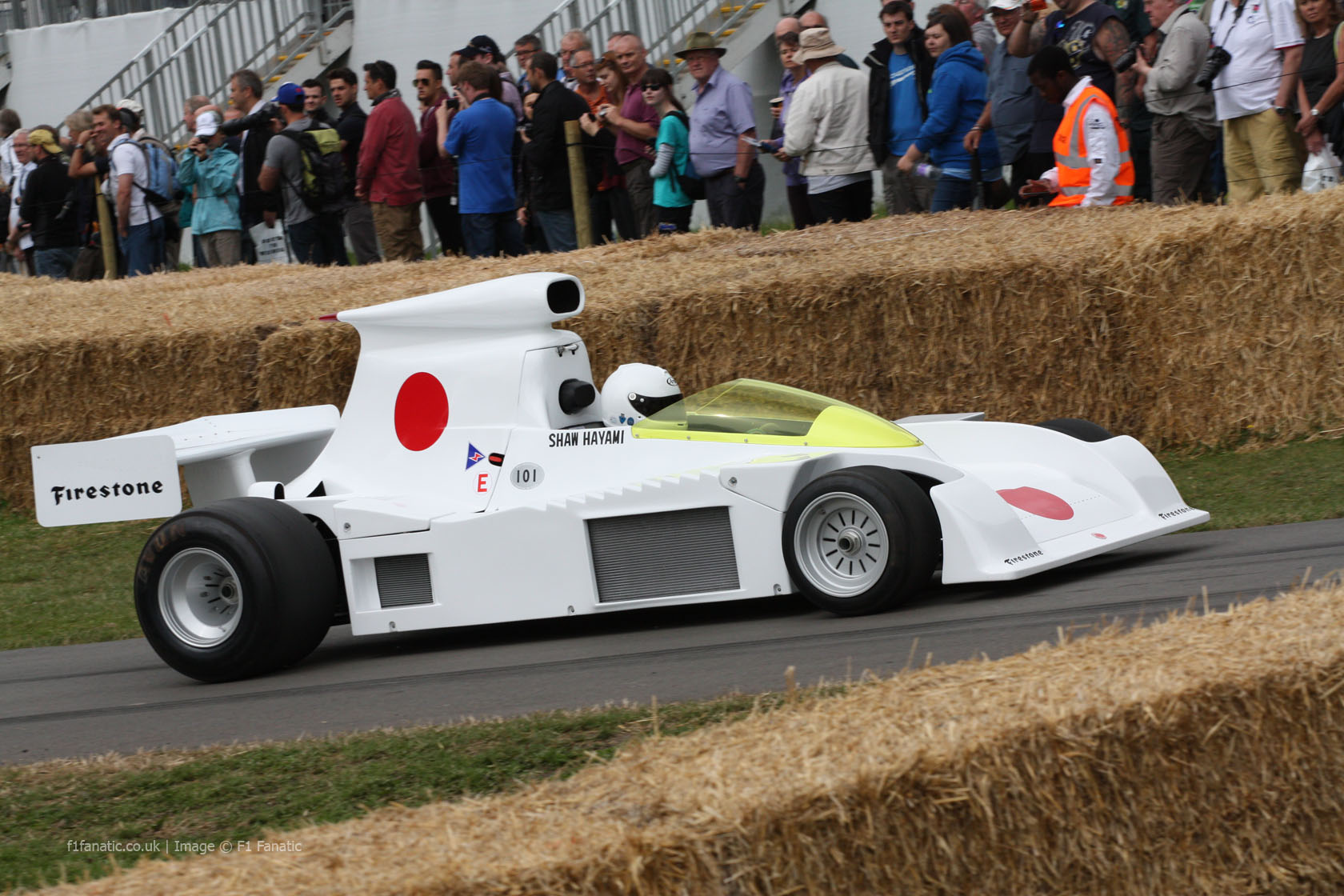 Some very rare Formula One cars of the seventies have reappeared for this year’s Goodwood Festival of Speed.

They include the LEC CRP1, which has been restored more than 35 years after it last race. Its driver, David Purely, was fortunate to survive a huge accident in the car at Silverstone after the throttle jammed open.

The car has now been rebuilt but Purley was sadly killed flying an aircraft in 1985. Earlier in his career he was awarded the George Medal for his valiant but unsuccessful attempt to rescue Roger Williamson from the burning wreckage of his car at Zandvoort in 1973.

A car belonging to one of F1’s most obscure entrants is also running at the Festival. Maki followed Honda as Japan’s second F1 team, but didn’t manage to start a race with its original car, the F101 which is running this weekend, or the F102 which followed it.

Another car which was built for F1 but never started a race was the highly unusual six-wheeled March 2-4-0 which has run at the Festival before, and is using its four driven rear wheels to full effect on the hill.

More familiar from this period is the Lotus 79. As part of the 2014 Festival’s theme of ‘Addicted to Winning’ a pair of the cars are running in formation, with the drivers kitted out in the same helmets used by Mario Andretti and Ronnie Peterson, recreating a sight which is familiar from their dominant 1978 campaign.