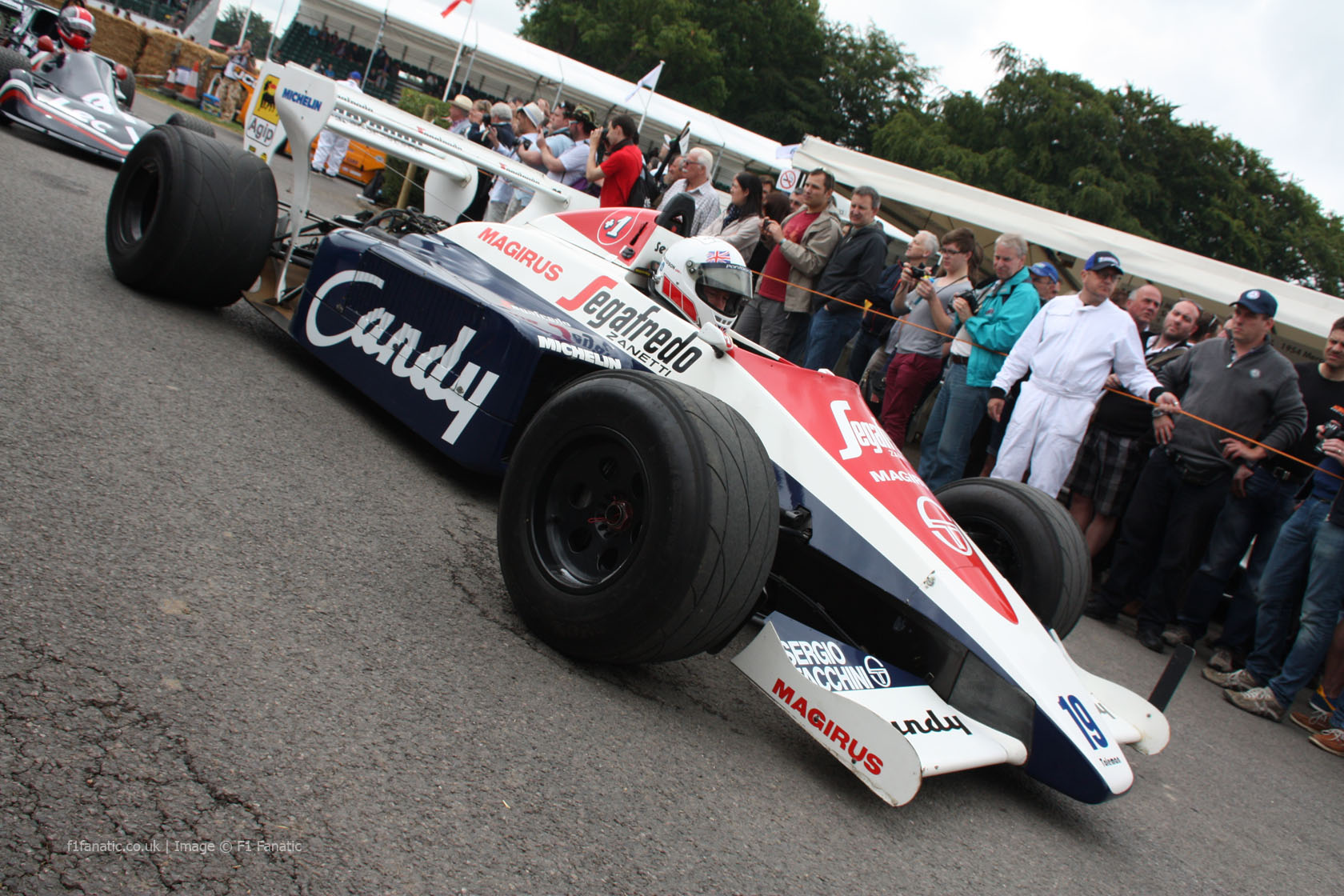 Formula One cars from the 1980s at the Goodwood Festival of Speed include several machines which were famously associated with Ayrton Senna.

They include cars of the type he won his first championship and scored his first podium with – and another non-F1 car which Senna made a big impression in during his first F1 season.

A McLaren-Honda MP4/4 of the type Senna took his first title with is present in the full original livery as used by the team in 1988. Senna won seven times in the car.

Four years earlier Senna campaigned the Toleman-Hart TG184 for much of the season, scoring a remarkable second-place in that year’s rain-shortened Monaco Grand Prix.

Also that year Senna was invited to participate in a race to mark the opening of the new, shortened Nurburgring. Mercedes supplied a fleet of identical 190E saloon cars for several world champions and top drivers, as well as the then-rookie Senna.

The young driver stunned his rivals by winning the race, giving further signal that this was a talent to keep a close eye on in the future.

That year’s championship was won in dominant fashion by McLaren. Although they would raise the bar to a new high just a few year’s later, the TAG-Porsche powered MP4/2’s record of 12 wins from 16 starts was one of the crushing seasons seen for many years at the time.

It took Niki Lauda to his third and final world championship title by the narrowest-ever margin of half a point over Alain Prost.

Eighties F1 cars at the 2014 Goodwood Festival of Speed