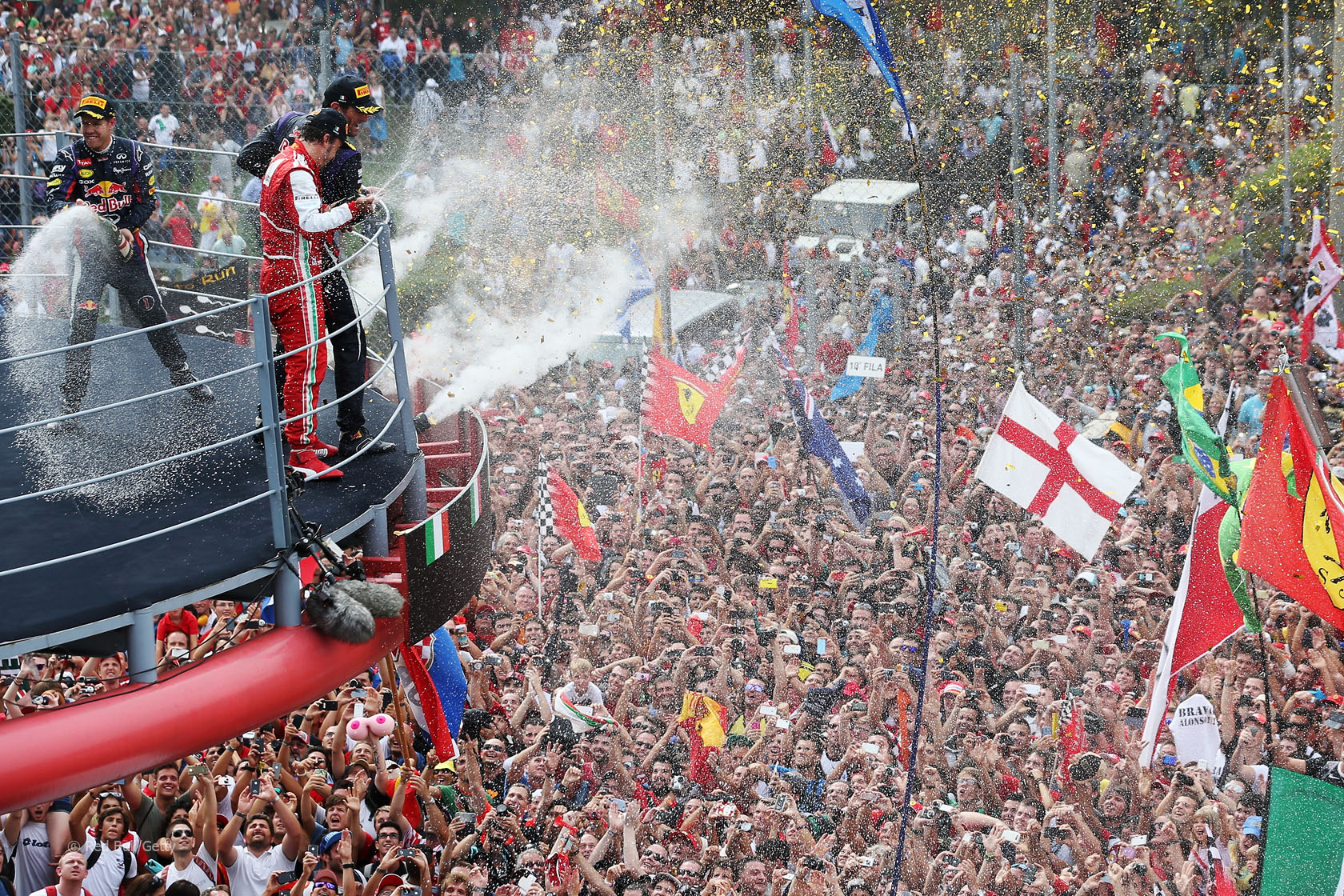 Formula One drivers say Monza should keep its place on the calendar because it is a popular, historic and unique venue.

The home of the Italian Grand Prix has a deal to remain on the F1 calendar until 2016. But Bernie Ecclestone said this week its contract may not be renewed.

Lewis Hamilton pointed out the Monza race is regularly well-attended while others struggle to draw a crowd.

“I think it’s important just not to forget that the sport wouldn’t really exist if it wasn’t for the fans,” he said in the press conference at the British Grand Prix. “Obviously there’s certain business decisions people make but there’s tracks we’ve been to where there’s been no one in the grandstands.”

“There’s a few particularly where they’re very, very special like in Monza where the circuit’s just full of fans and it really does make the event. So I think it’s really important that we try and keep that in the sport.”

Felipe Massa, who drove for Italian fan favourites Ferrari for the past eight years, said losing Monza would be bad for the sport.

“Monza is a fantastic place, great fans, so for sure if we’re not racing Monza any more it will be not good for Formula One,” he said.

“We need to go to places that people really love Formula One racing, like Silverstone. If we lose Silverstone it will be negative for all of us. So I hope we keep going to Monza for many, many years.”

Jenson Button added the Italian circuit is “an iconic race track, one of the old-school tracks”.

“There’s so much history,” he added. “The fans absolutely love the sport, they’ll do anything for the sport.”

“And the circuit’s fun to drive. It’s a very unique circuit, it’s very different to any other circuit, very low downforce circuit. Always throws up a good race, so it’ll be a shame not to see it on the calendar.”

17 comments on “F1 must keep popular venues like Monza – drivers”