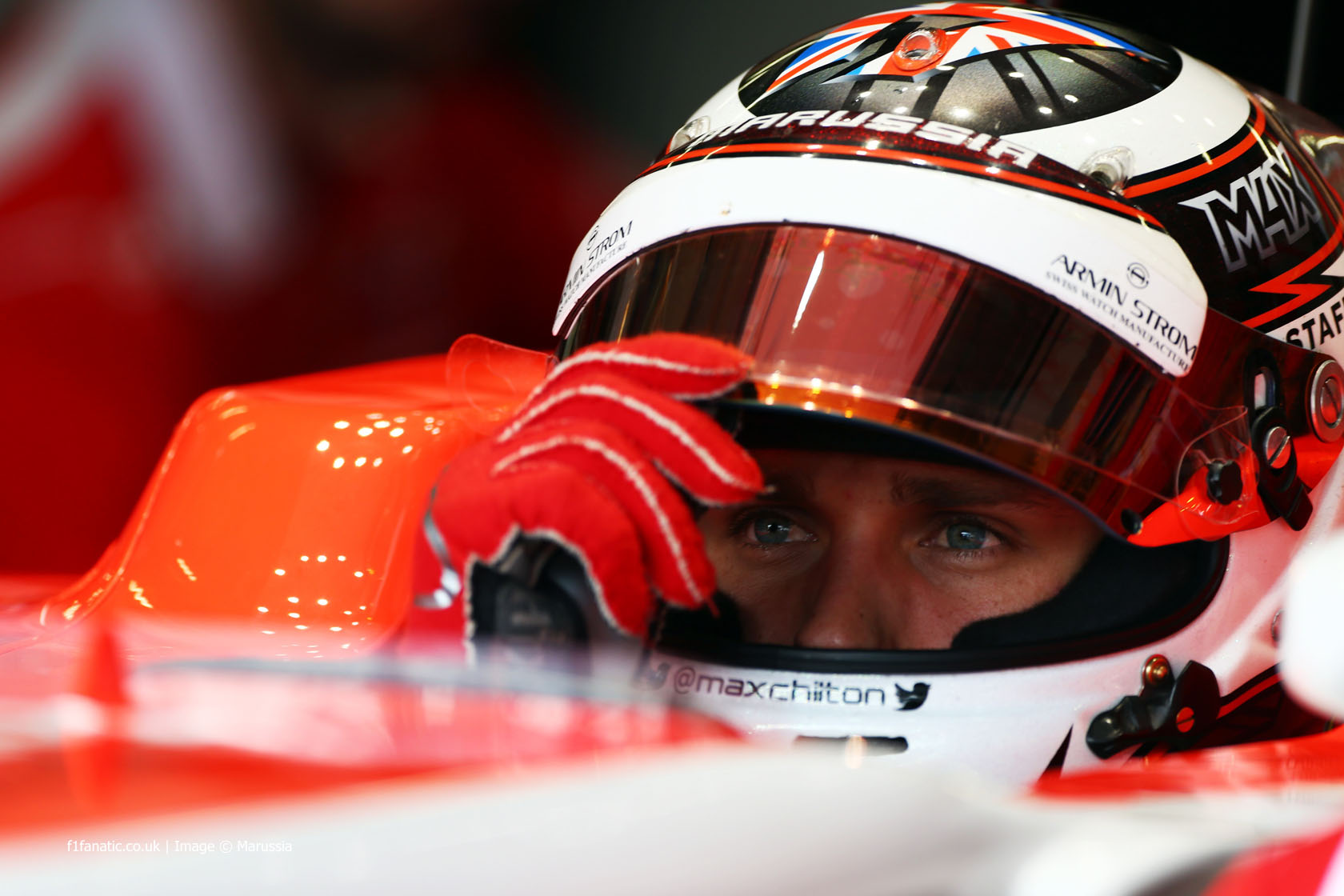 Max Chilton was fortunate to avoid injury when his car was hit by a piece of debris from Kimi Raikkonen’s crash.

Speaking to reporters after the race Chilton described the moment on the first lap when the Ferrari driver spun into a barrier on the Wellington Straight.

“I was pretty lucky to be honest after the first-lap incident. I just saw one of the Ferraris escape over the exit kerb. And then it rejoined, and it seemed to bottom out as it rejoined. He had a massive tank-slapper and it looked like he regained control and then it shot off again.

“I could see it was going to be a big one because the Armco on the right-hand side was at 45 degrees and there was no tyre [wall]. I was waiting for something to happen and it was like an explosion, everything shot diagonally left across the track.

“I could see a big bit of silver coming and I’m pretty sure it was the alloy [wheel] because I shut my eyes at that point and there was a big impact. Thank god it hit the front nose and went to the left-hand side of the car, hit my front-left and destroyed the brake duct.”

Chilton drove his damaged car back to the pits, but collected a drive-through penalty for coming in while the race was suspended.

“I thought my race was over,” he said. “They managed to rebuild the front-left during the long red-flag stoppage.”