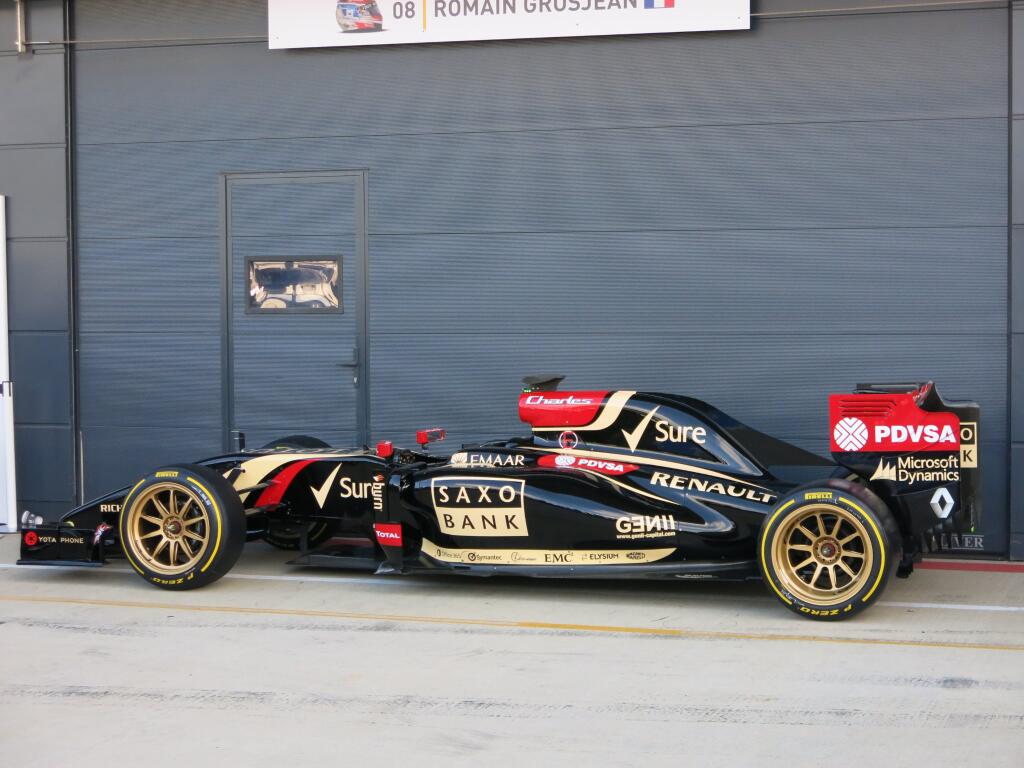 Pirelli and Lotus have begun their test of 18-inch Formula 1 wheels and tyres at Silverstone.

The team’s E22 chassis is running on the prototype rubber for the second day of testing today. It will be driven by Charles Pic.

Formula One rules currently stipulate the use of 13-inch wheels. Pirelli have said they only intend to pursue the idea providing there is agreement from “the teams, promoter and other stakeholders” to do so.

Although the new rubber has the same width as the 13-inch tyres, its diameter is 30mm larger. The total weight of the tyre plus wheel is 4kg heavier.

The main advantage of the lower profile rubber, according to Pirelli, is that as it contains less air the pressure within it remains more consistent.

Pirelli motorsport director Paul Hembery says he was pleased with the test and response to it. “In our view, the new tyres looked stunning fitted to the Lotus, and the reaction has already been felt all over the world,” he said.

“These are just a prototype concept, but if the teams decided that they wanted us to proceed in this direction, we have the capability to carry on development in this area and come up with a production-ready version in a comparatively short space of time. We’ve heard a lot of opinions already and we look forward to canvassing other opinions in the coming weeks and months.

“Even though performance wasn’t by any means priority here, the new tyres still behaved exactly in line with our expectations, so we’re clearly potentially at the beginning of a huge development curve, with the wheel and tyre size rules having remained unaltered for many years.”

Pic gave his impression of driving on the new wheels: “It was a very early evaluation test and the different tyres and wheels affect the aerodynamics of the car quite a lot,” he said, “but you could certainly feel that the tyres felt different to those we’re used to on an F1 car”.