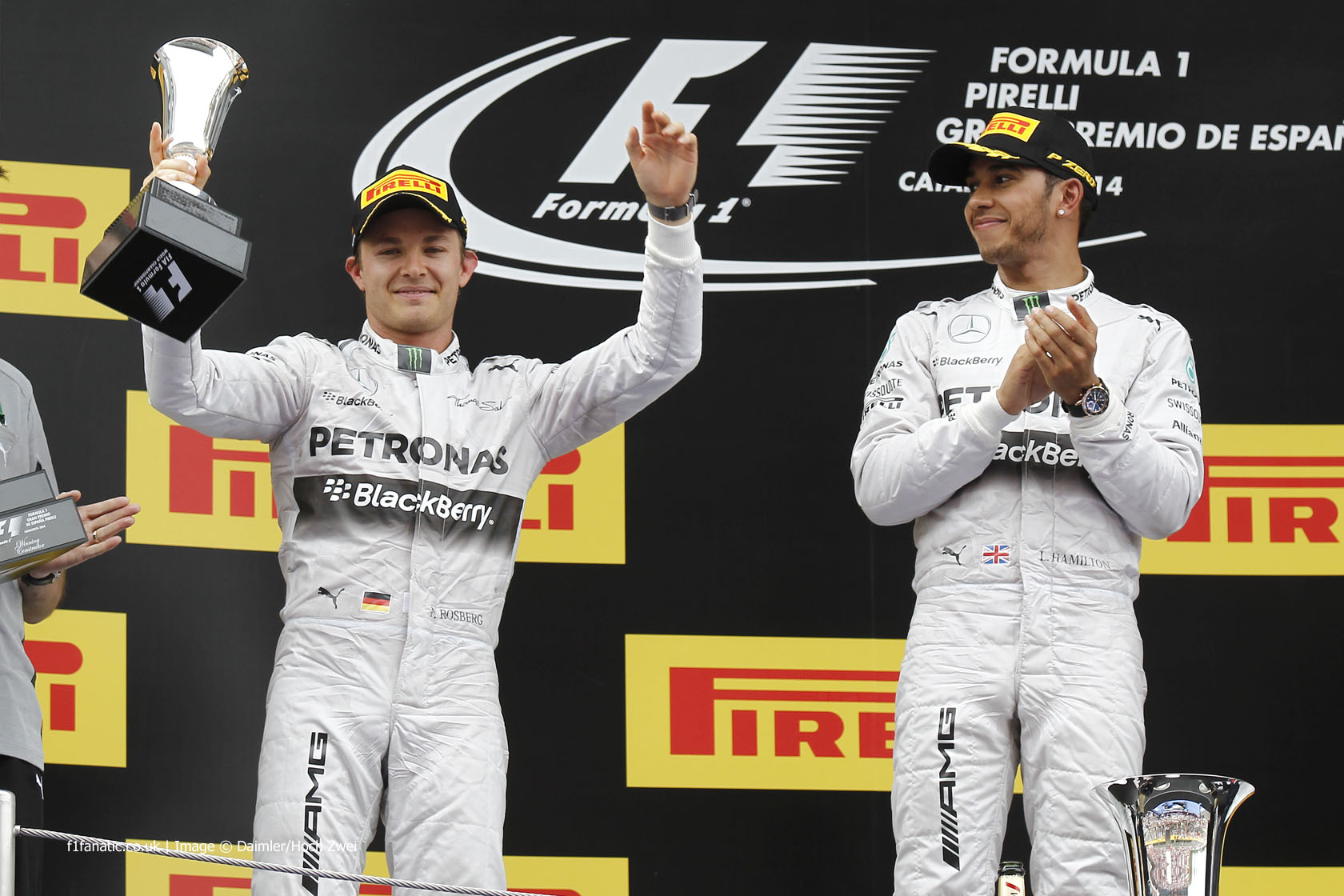 In the round-up: Lewis Hamilton says the sharing of data within Mercedes has made the battle between him and Nico Rosberg so close – as it did with Fernando Alonso at McLaren in 2007.

“Like the experience I had with Fernando (Alonso at McLaren in 2007). When I got to F1 I thought, ‘Jeez Fernando’s so quick and he is using all these different techniques’. But fortunately there was data. If there wasn’t data I wouldn’t have been able to beat him that year.”

No agreement on FRIC among teams (ESPN)

FIA spokesperson: “We have not yet got, nor do we expect to get, the agreement of all teams to the proposed amnesty.”

“I think the likelihood of a unanimous agreement is zero quite frankly. I think there will be people out there who say ‘if the FIA think it should be banned then let’s do that’.”

“‘I was a little sarcastic when I asked would 50 million help you?’ Ecclestone said of a conversation with [Gerhard] Gribkowsky.”

“So far in Ecclestone’s bribery trial his lawyers have only read out written testimony at the start of proceedings.”

“In my opinion, what they gave me a penalty for in Montreal was a bit too much, because we both did our bit to collide.”

Haas Declined Chance To Invest In US F1 (Forbes)

“Mr Ecclestone told Forbes in the paddock at this month’s British Grand Prix that he has ‘said to [FIA president Jean] Todt ‘you must see how honest they are. Tell Haas to put a deposit down’ and apparently they have.'”

The curse of Leafield continues……

The old Hockenheimring was not remembered for producing great races but as @GT-Racer explains that was partly due to shortcoming with television direction at the time:

The old circuit actually did produce good racing, The problem was that the local director usually missed all of it.

I remember in 1997 the local director spent most of his time watching the top few cars where nothing was going on. However on the digital pay-TV feed plenty of good racing and overtaking was shown and it almost feels like you’re watching a totally different race when comparing the two broadcasts.

For example pretty sure the local director didn’t show anything of this:

Ayrton Senna’s frustrating season continued on this day 25 years ago as a mechanical failure put him out for the fourth race in a row, this time while he was leading at Silverstone.

That left Alain Prost to take his second win in eight days and as in France he was followed home by Nigel Mansell, the Ferrari driver recovering after an early puncture.

64 comments on “Hamilton: Data key to fighting Rosberg – and Alonso”