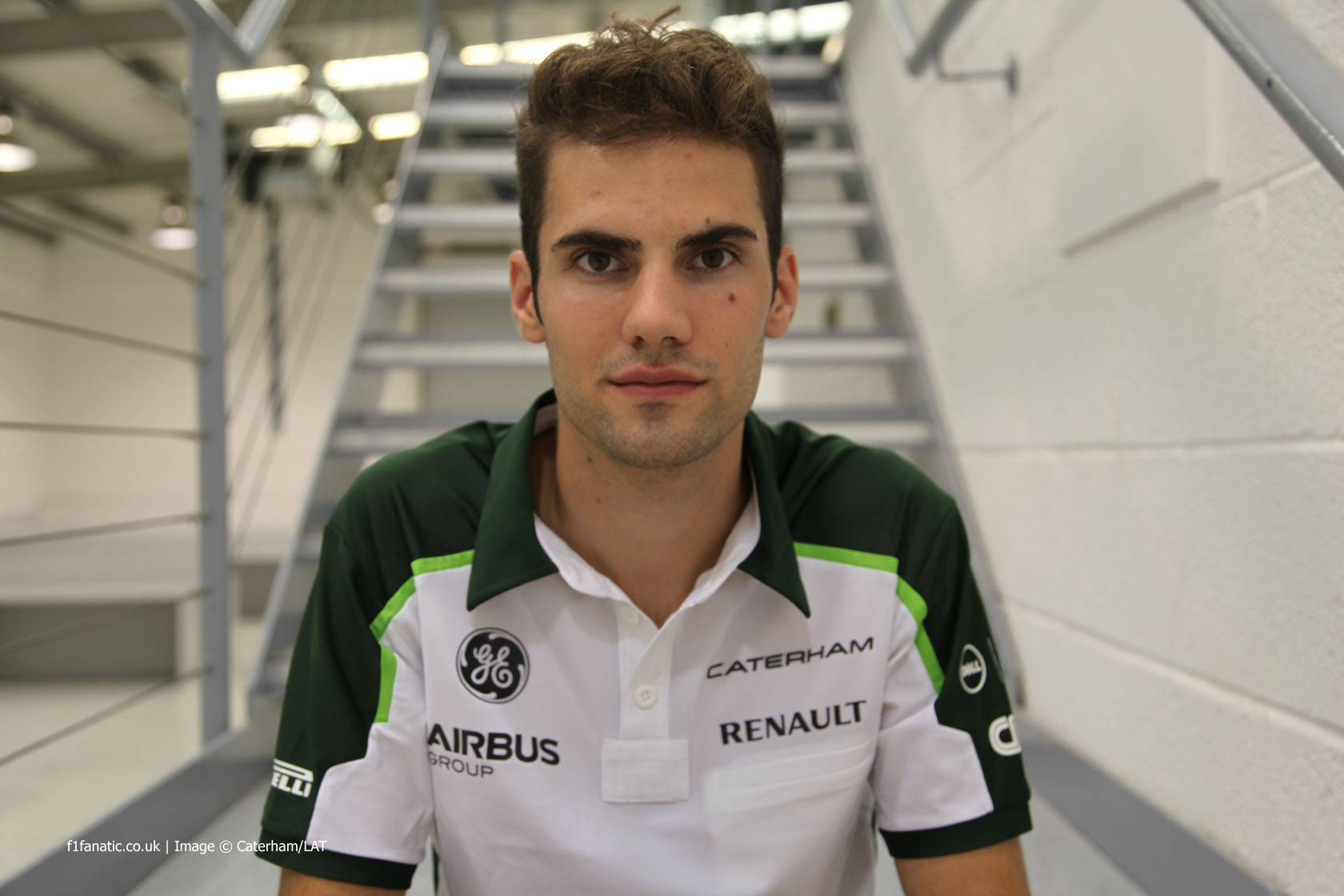 Caterham have continued the shake-up of their young driver programme by adding Italian racer Kevin Giovesi.

The 20-year-old currently lies fourth in the Auto GP championship where he has won twice. Prior to that he won the Copa category of the Euro F3 Open championship (now Euroformula Open) in 2012.

Giovesi’s role will see him work with the team at their headquarters in Leafield and work on their driver-in-the-loop simulator.

He joins Nathanael Berthon on the team’s new driver development programme which was announced following Tony Fernandes’ sale of the team earlier this month. Following the Berthon announcement the team’s long-time test driver Alexander Rossi parted ways with them.