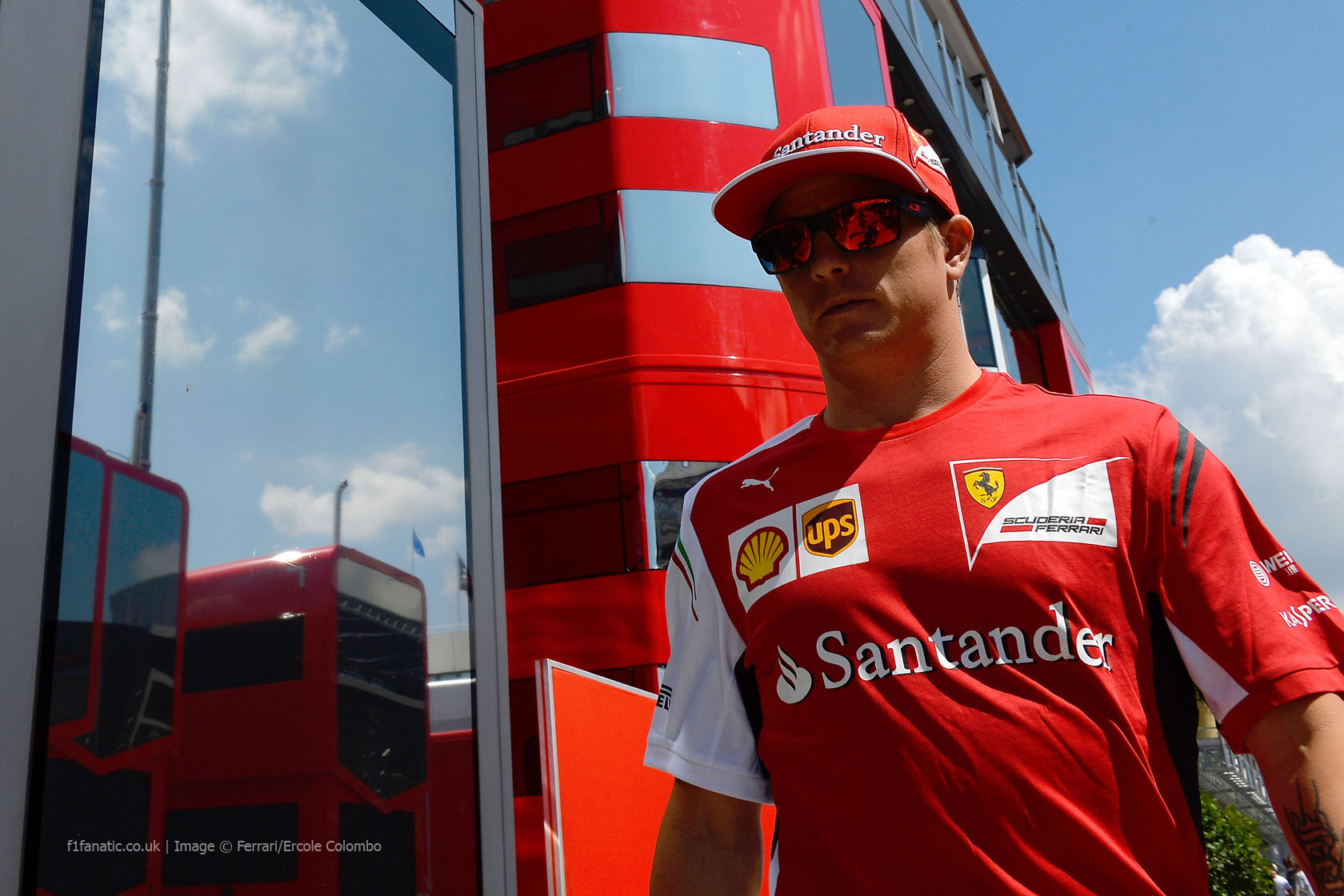 A frustrated Kimi Raikkonen says he is ‘very disappointed’ to have been eliminated from the first session of qualifying for the Hungarian Grand Prix.

The Ferrari driver was knocked out of qualifying by Jules Bianchi’s Marussia after the team decided not to send the Finn out for a final run at the end of Q1.

“I am very disappointed with the outcome of qualifying,” said Raikkonen. “Especially because this weekend I was
going well and had a good feeling from the car.

“After the first run on the Medium tyres the team told me that my time should be good enough to get me through to the next part and so we decided to take a risk and not go out for a second run on the softer compound. Unfortunately, it didn’t pay off and I couldn’t get past Q1.”

Ferrari Director of Engineering Pat Fry explained the rationale behind the team’s decision not to send Raikkonen out for a final run. “The fact that Maldonado and Hamilton were out led us to keep both cars in the garage, banking on the times set with the Medium tyres,” Fry explained.

“With Fernando this worked, but unfortunately, with Kimi we were caught out by the evolution of the track. It’s very disappointing not to have got through with him because he’s been going better this weekend.”

With Raikkonen set to start 16th on the grid following Kevin Magnussen being forced to start tomorrow’s race from the pitlane, the Ferrari driver is not optimistic of his chances of scoring points this weekend.

“It’s going to be difficult, because there’s not much chance of overtaking here at the Hungaroring,” said Raikkonen.

“We definitely made a mistake, but now I only want to look ahead. Tomorrow, even if it will be tough, we will do our best to try and move up the order.”