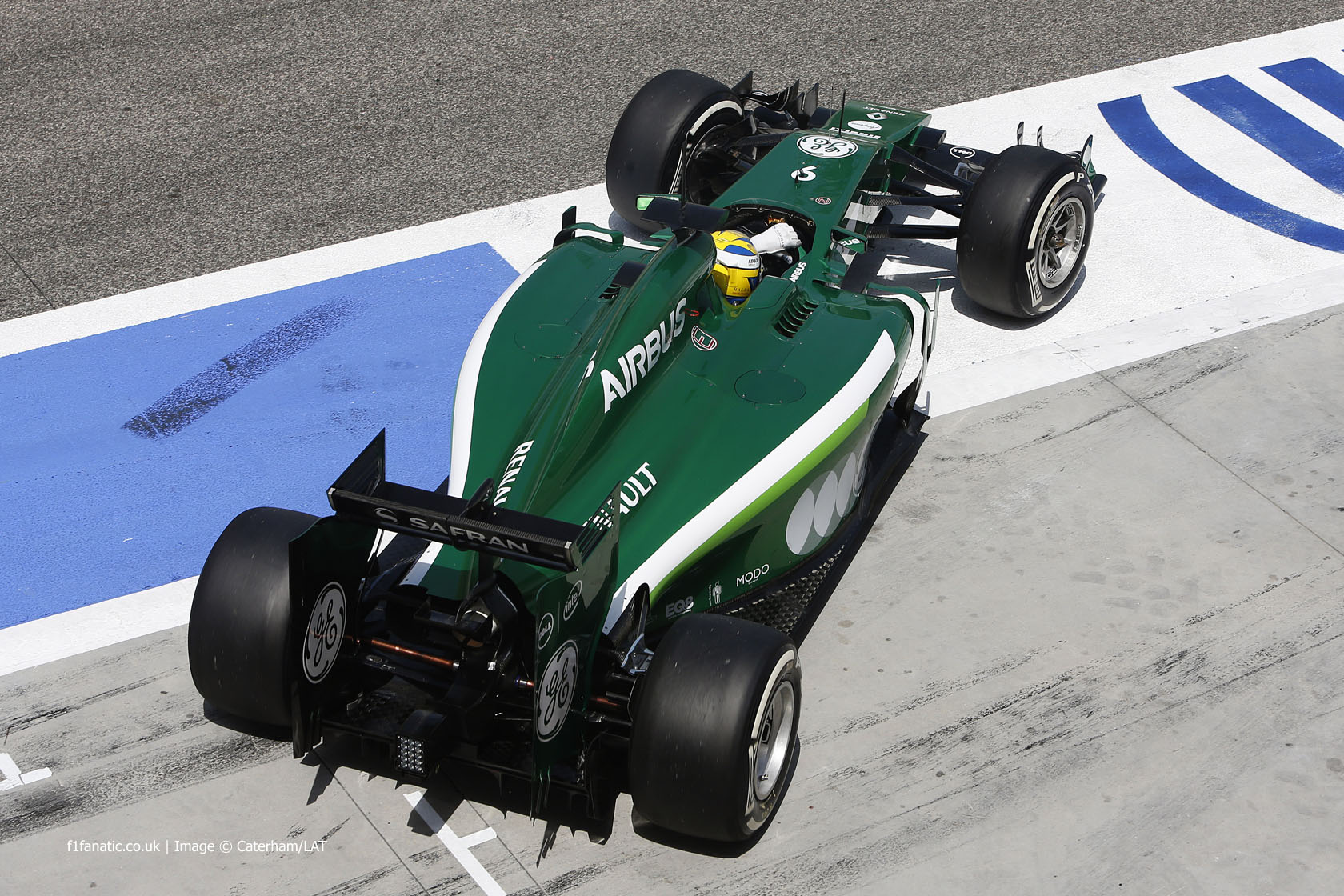 A group of former Caterham employees are bringing legal action against the team after being laid off earlier this month.

A representative of the group told F1 Fanatic up to 50 former employees are behind the move following the dismissal of staff by Caterham’s new owners. They claim the redundancies were announced without warning and “will result in significant compensation claims against the team”.

Lawyers have been appointed on behalf of the employees, who also intend to submit their grievances to the FIA. Chris Felton, partner at Gardner Leader law firm, said “the employees concerned were dismissed without consultation or warning, either in person or on the telephone”.

“They have not been paid for July or offered any further payments in accordance with their contract or their employment rights,” Felton added. “The fact that they are not being told anything at all by Caterham is concerning.”

“Running roughshod over employees’ rights is not usual behaviour in Formula One where, although difficult decisions are sometimes made about appointments, employees are always adequately compensated and usually treated with dignity by their teams.

“We would not expect any former Caterham employee to be prejudiced for standing up for their rights when they have been unfairly dismissed with no pay for July, no future earnings and families to support.

“The FIA expect certain standards from its F1 teams and it is these standards we are asking them to uphold and provide assurances that the new owners of Caterham are seen as fit and proper.”

Caterham is under new management following its sale by Tony Fernandes four weeks ago. A group of investors from Switzerland and the Middle East purchased the team, which is now being run by former F1 driver Christijan Albers.

Two weeks after the sale Caterham announced it had “parted company with a number of employees” which it described as “a necessary step taken by the new owners of Caterham F1 Team whose priority is the future of the team”.