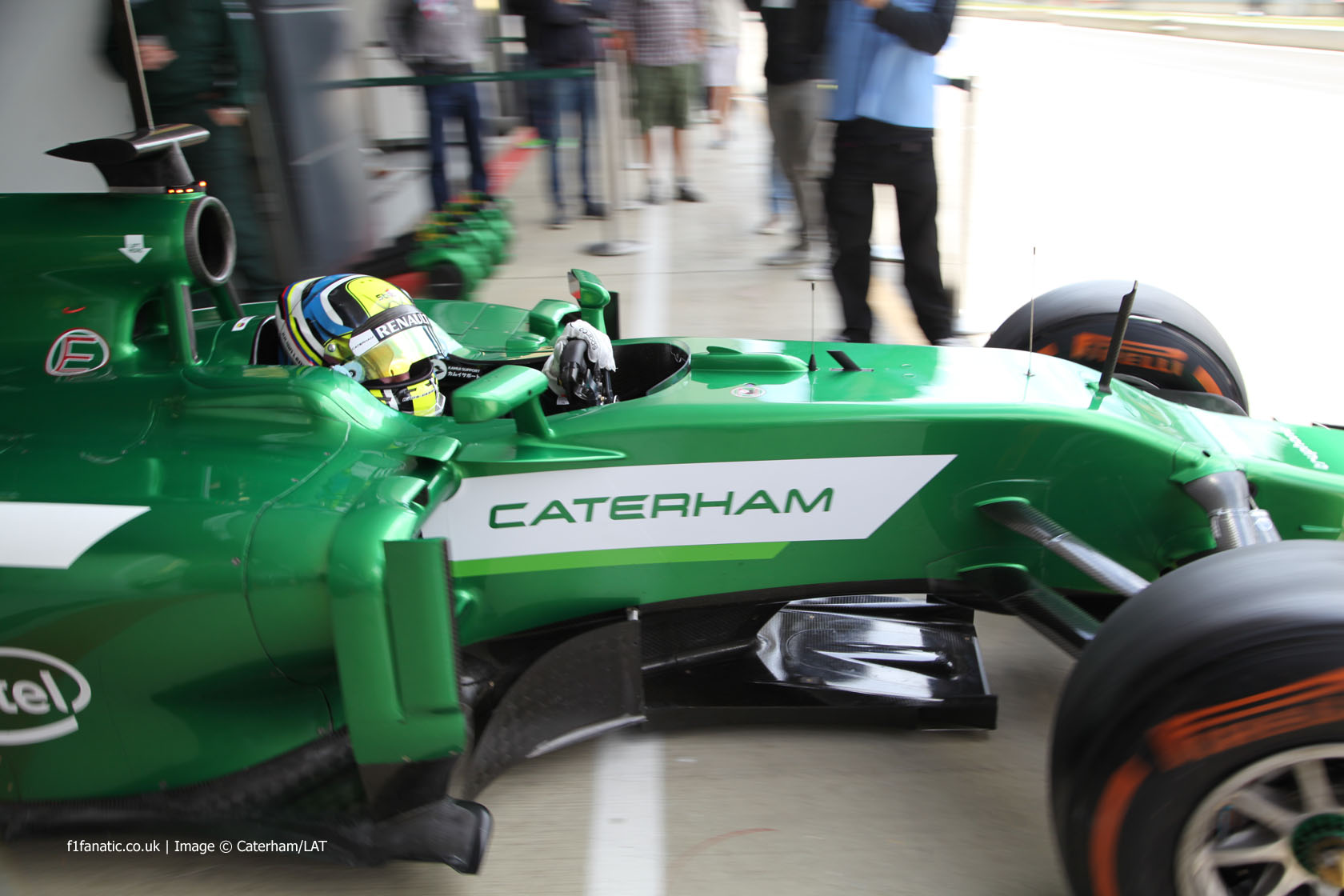 Caterham has announced it is responding to legal action from a group of former employees with a lawsuit of its own.

In a statement released on Tuesday the team said it “read with great concern recent reports about a group of individuals who are claiming unfair dismissal from the Formula One team following its takeover by new owners”.

“The team is now taking legal action against those parties representing the individuals concerned, and each person involved, seeking compensation for the damages suffered by the team due to the gross misrepresentation of the facts made by all those concerned,” it added.

Caterham denies several of the claims made by those bringing the case against them.

“Additionally, the team has read claims that its staff were not paid in July – again, this is wholly untrue,” it noted. “Every individual currently employed by Caterham F1 Team was paid their July salary in full on 25th July, one week before it is formally due on the last day of the month, in this case 31st July.”

The team said it has requested “the withdrawal of the relevant press statement issued on 28th July” and said it will “vigorously pursue its action against all those concerned”.

“However, it will not allow its core focus to be distracted from achieving tenth place in the 2014 Formula One world championship, and building for the 2015 campaign and beyond,” it concluded.

“The dismissal letters were on Caterham F1 Team headed notepaper and the reason for dismissal was given as ‘following the change in ownership and, as a result of the current financial position that the new owners have inherited, your position at Caterham Sports Ltd will terminate with immediate effect…You are being dismissed in law for Some Other Substantial Reason.’

“The Caterham F1 Team website confirms the change of ownership as at 2 July 2014. The summary dismissal of employees from Caterham was done without warning or consultation, which is a breach of employment laws and contract and will result in significant compensation claims.

“Regarding matters of pay, those dismissed on 15 July 2014 were advised in writing that they would be paid for 1-15 July. Unless the position has changed, we are informed that those we represent had not yet been paid either on what would have been the usual payroll date of 25 July, or by 28 July. It is understood those we represent who were dismissed on 24 July 2014 may also not yet have been paid for July. If those dismissed have now been paid that would obviously be very welcome.

“Lawyers for those who have been dismissed wrote to Caterham on 25 July 2014 urging a response to the above matters and inviting settlement either through ACAS or in face to face discussions. A response from Caterham to this letter is awaited.”

51 comments on “Caterham to sue former staff over “misrepresentation””