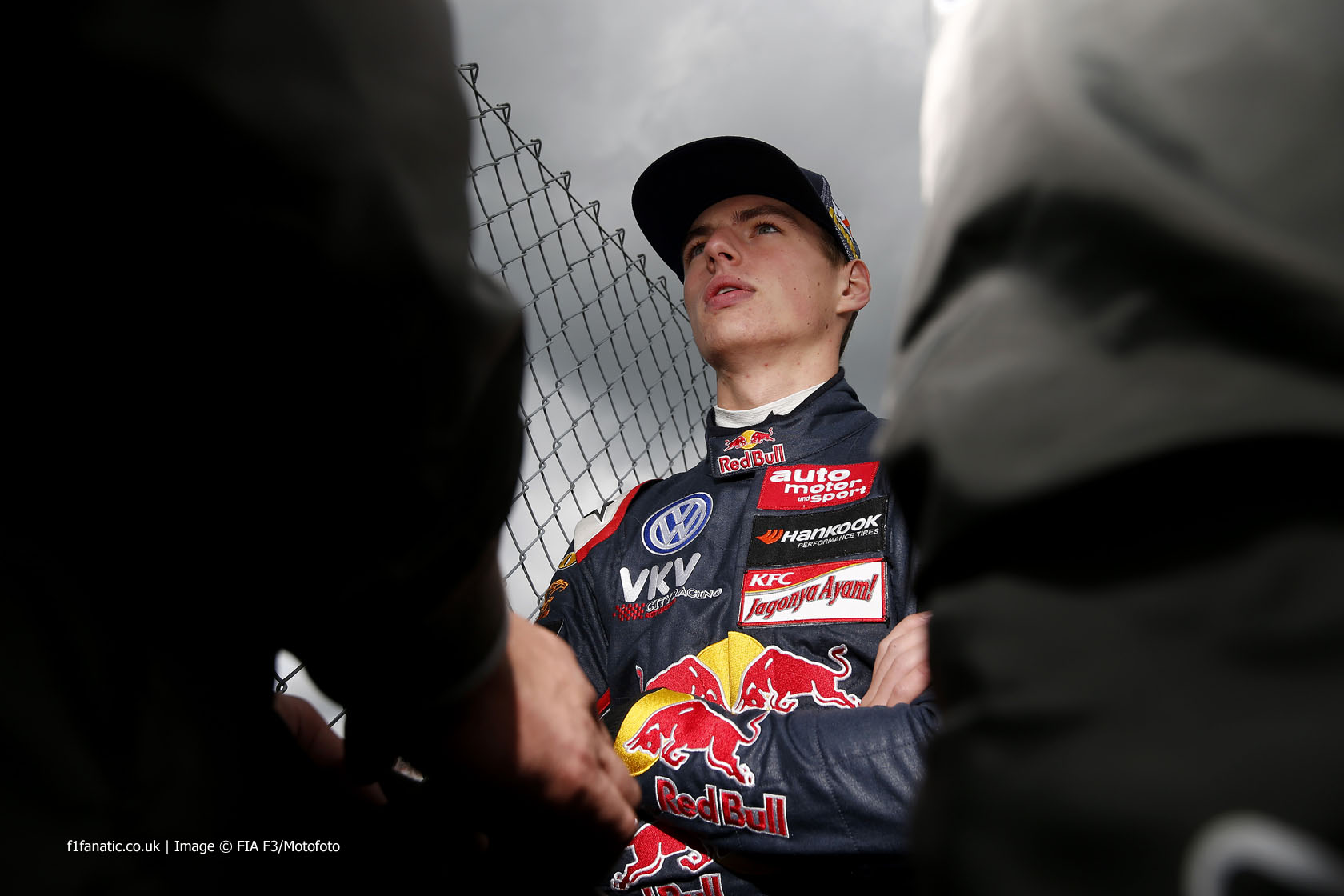 Max Verstappen’s appointment to Red Bull’s junior team Toro Rosso next year raised eyebrows when it was announced on Monday.

Not merely because the news came just six days after Red Bull confirmed he had joined their young driver programme, but mainly because Verstappen does not turn 17 until the end of next month. That’s the legal minimum age to drive a car on public roads in the UK – something Verstappen will have to wait another year to do in his home country (without supervision).

Formula One has had teenage drivers before, but when Verstappen lines up on the grid at Melbourne next March he will be the youngest driver ever to do so by almost two full years:

*Assuming he qualifies for the 2015 Australian Grand Prix, currently scheduled for March 15th
**Took part in the original start of the 1980 Canadian Grand Prix but that race was abandoned and he did not participate in the restart

Does this remarkable appointment tell us something about the state of modern motor racing or Red Bull’s eagerness to get Verstappen in a car? It’s probably a bit of both.

While much has been written about how the lack of in-season testing reduces opportunities for young drivers to gain a chance to race in F1, less attention has been focused on how the growing sophistication of simulators, and their use for testing and developing drivers as well as cars, has presented young drivers with new opportunities. For example, real-world experience of driving at F1 tracks is less valuable now young drivers can do it in the simulator. It’s also true that the performance difference between F1 and junior racing categories has shrunk. This is partly due to ever-tightening constraints on development in F1 which has led to the current cars being in the region of five seconds per lap slower than they were a decade ago.

It therefore follows that new drivers require less time to acclimatise to F1 machinery, and the physical demands of driving are not as high. Factors such as these have created conditions where younger drivers than ever before are considered capable of handling F1 cars.

Is Verstappen getting his chance at such a young age partly because cars are heavier and less powerful than they were ten years ago? And if so, does that mean we can now expect more F1 seats to be filled by 17, 18 and 19-year-olds in coming seasons?

That brings us to the question of how good Verstappen is, how eager Red Bull were to sign him up before a rival did, and whether that hastened the offer to make him an F1 driver. Verstappen was told on the day he joined their young driver programme he will be in a Toro Rosso at Melbourne next year. At least one other team, Mercedes, were pursuing him, and Red Bull’s ability to offer him a seat sooner than their rivals can may well have swung the decision. Why do Red Bull think so highly of Verstappen? He was a prodigy in karts: never beaten during his first three years of racing, he went on to rout his opponents at international level last season, piling up trophy after trophy.

When he swapped karts for cars the normal caveats about giving him time to acclimatise to the new demands of downforce and myriad set-up options of single-seater racers seemed not to apply.

He then took the plunge straight into the most competitive Formula Three championship, the FIA-branded European series. At present he is second in the standings, with much of the gap between him and points leader Esteban Ocon accounted for by Verstappen’s occasional mechanical misfortunes, such as the one which forced him to retire while leading at the Nurburgring on Sunday.

Red Bull motorsport director Helmut Marko singled out one of Verstappen’s earlier wins at the Norisring as part of the reason why they had acted so quickly to sign him:

Whether we will continue to see drivers this young and younger given the chance to compete in F1 will depend partly on how Verstappen fares. If he proves able to cope other teams will have grounds to believe they can also succeed with younger talent.

Changes going on at the levels beneath Formula One mean the supply of aspiring drivers will continue to get younger and younger. Just this week Britain’s Motor Sport Association announced the minimum age for single-seater circuit racing competitors in the UK will be lowered to 15 years in some circumstances.

Are there any dangers of allowing ever younger drivers to race in Formula One? Some have been too quick to assume youth automatically means ‘inexperienced’ and ‘unpractised’. Instead we should ask what consequences this development might have for other young drivers who want to develop careers in motor racing.

Seeing a 17-year-old race in the top flight will put greater demands on younger karters and racers to put their track time before the other priorities of youth – such as gaining an education in readiness for the inevitability that not all of them will become racing drivers.

If all goes according to plan for Max Verstappen he will have more than one season to beat these records.

Unseasonal rain lashed the Monza autodrome throughout the 2008 race weekend. While championship rivals Lewis Hamilton and Felipe Massa slipped up, Sebastian Vettel wielded his Toro Rosso STR3 to superb effect, taking his first of 45 pole positions to date. But this proved only the first act in a weekend which announced Vettel as a driver to watch.

Verstappen’s future team mate also caused a stir when he was revealed as Toro Rosso’s new driver for this season, as many had assumed the seat would go to the more experienced Antonio Felix da Costa. But despite limited testing time, reliability problems with the new Renault engine and never having raced at Melbourne before, Kvyat secured a top ten starting position in a wet qualifying session and brought the car home in the points.

Victory in the inaugural GP2 championship in 2005 propelled Nico Rosberg into Formula One with Williams the following year. He didn’t cover himself in glory at his first start in Bahrain, tangling with Nick Heidfeld. But after a pit stop for a new front wing he recovered to finish seventh behind team mate Mark Webber, setting the fastest lap along the way.

Vettel duly converted his ‘youngest ever pole position’ into the ‘youngest ever race victory’. More rain meant the race started behind the Safety Car, and once it began he pulled out an 11-second lead over Heikki Kovalainen’s pursuing McLaren by lap 17. It put him on course for a stunning victory – Toro Rosso’s only win to date.

Vettel was joined on the podium by two other drivers who were tipped as future talents. However Kovalainen was dropped by McLaren the following year and Kubica’s F1 career was ended by a rally crash in 2011.

In a landmark season for junior drivers, the second-youngest podium of all time occurred just four races before this one with an entirely different trio: Lewis Hamilton, Nelson Piquet Jnr and Felipe Massa.

With a championship-challenging car underneath him in 2010, Vettel produced a campaign of excellent performances punctuated by a couple of embarrassing mistakes and a few costly car failures. He went into the final race trailling team mate Mark Webber and Fernando Alonso, but a tactical mis-step by Ferrari helped Vettel become the youngest driver to lift the most coveted crown in motor sport.

Will Verstappen prove the first of a new generation of ‘super-young’ drivers? Or is this a one-off promotion based on the promise he has shown so far and Red Bull’s eagerness to prevent a rival team from signing him up?

And should there be a minimum age for Formula One drivers? Have your say in the comments.

54 comments on “Verstappen: The first of F1’s ‘super-young’ drivers?”