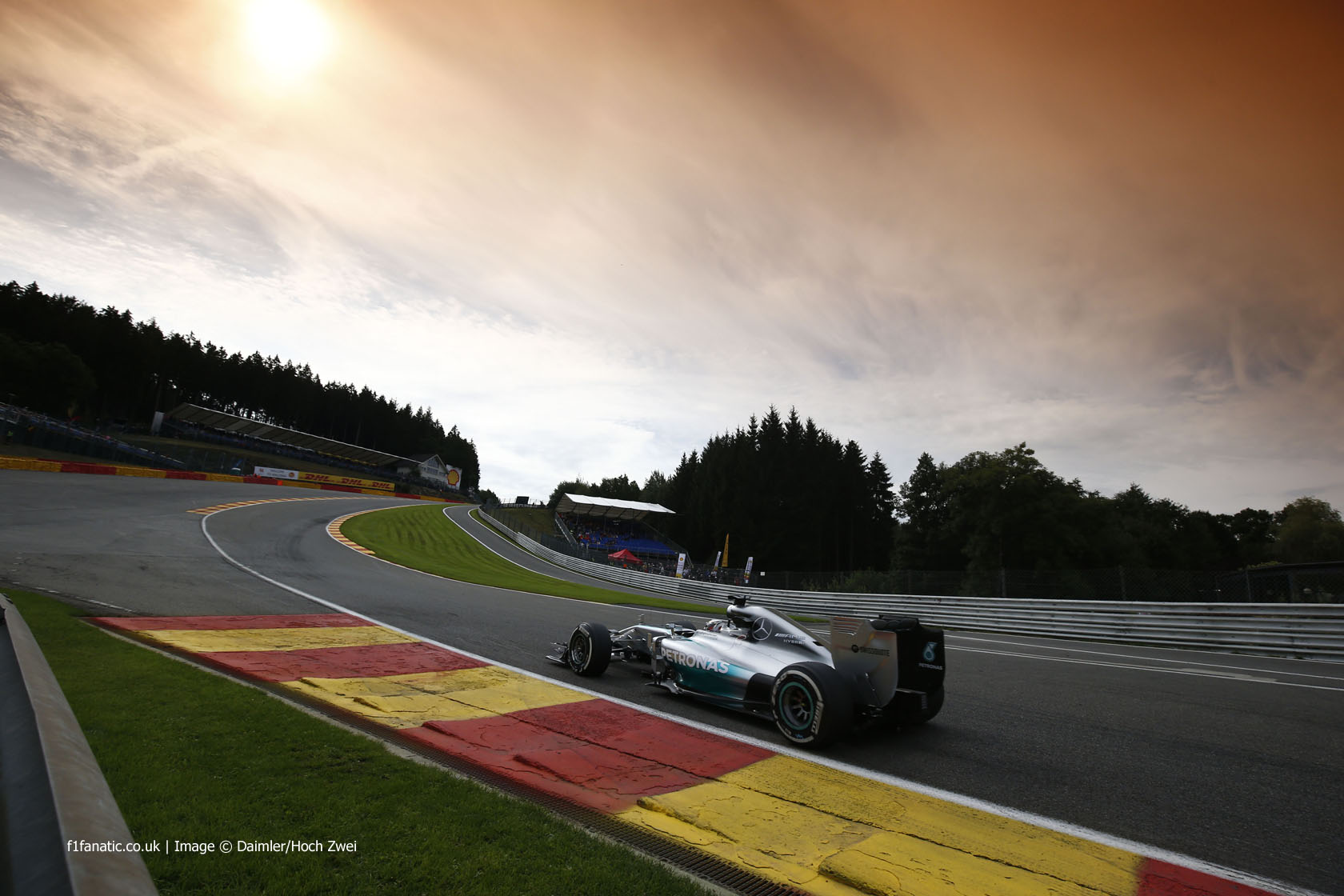 At one of the fastest and most dramatic circuits on the Formula One calendar, the new generation of F1 cars are for once close to the levels of performance seen last year.

Lewis Hamilton topped the second practice session with a best time of 1’49.189 – two-tenths of a second quicker than the top time seen on Friday last year.

The high power output of the new turbocharged engines and the diminished effect of reduced downforce levels at the track goes some way to explaining why the current cars look quicker here. But the most significant reason is likely to be that Pirelli have brought a softer range of tyres – the soft and medium, rather than the medium and hard seen last year.

Remember that in Bahrain, the only other track this year where the ‘option’ tyre was a softer compound than that which was used in 2013, the current cars were also much closer to last year’s pace.

Although the lap times may be similar, the way they are achieving it has changed. In particular the approach to one of the circuit’s most famous corners has changed. The plunge and crest through Eau Rouge and Raidillon is no longer the ‘easy flat in all conditions’ affair it had become during the V8 era.

“With our low-downforce set-up, it’s, er, interesting,” said Jenson Button, who was quickest of all through the first sector which includes the famous corner.

“You’ve got oversteer at more than 300kph, and I admit I let out a few screams inside my crash helmet through there on a couple of laps, especially on high fuel.”

McLaren had the fourth-quickest car on Friday, but were a second and a half off the flying Mercedes, most of which they are losing in the middle part of the lap. “In the first sector we’re quickest, in the third sector we’re a tenth or so off the pace, but in the middle sector we’re almost a second down,” said Button.

“So we’ll have to work on getting the balance a bit better, and hopefully we can improve in the areas we’re already strong in, too.”

“On the [soft] tyre, I’m very happy; on the [medium], Kevin is happier than I am, so we’ve got to work out the reasons for that this evening.,” he added.

Ferrari have often begun Fridays in 2014 close to Mercedes then dropped back as the weekend progresses. Despite ending Friday as ‘best of the rest’, Fernando Alonso still doubts it will be a successful race for them.

“At this track and at Monza, engine performance counts for a lot,” he said. “We know there is no magic solution but we will nevertheless try to optimise everything. The car behaved as we expected from our simulations and that is definitely something positive.”

37 comments on “Eau Rouge is a corner once more”