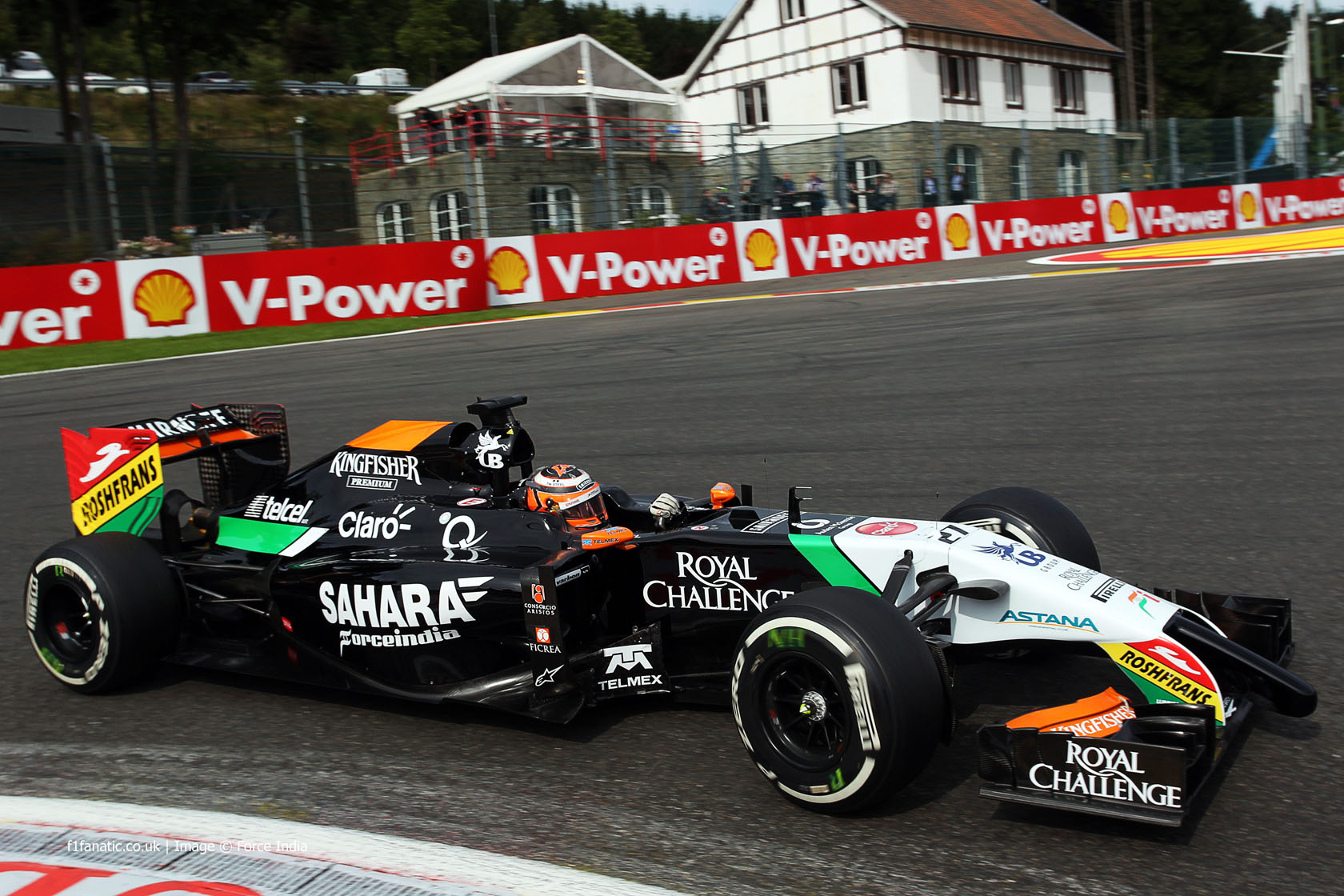 Nico Hulkenberg says he could have made it into Q2 despite only using one set of intermediate tyres during the first part of qualifying.

Hulkenberg was knocked out in Q1 for the first time this year in qualifying at Spa-Francorchamps today. “It was a difficult session in tricky conditions,” he said.

“Initially it was looking good – I was on the pace and we chose to stay out on one set of intermediates for the whole session. Maybe that was a factor in missing out on Q2 because my tyres were quite old and worn by the end of the session.

“Q2 should still have been possible, but I made mistakes on my last two laps and out-braked myself going into the final corner, went wide and lost time.”

However Hulkenberg is optimistic of making progress tomorrow from 18th on the grid. “I believe we can recover because we’ve got a solid car and the long run pace in the dry yesterday looked promising,” he said.