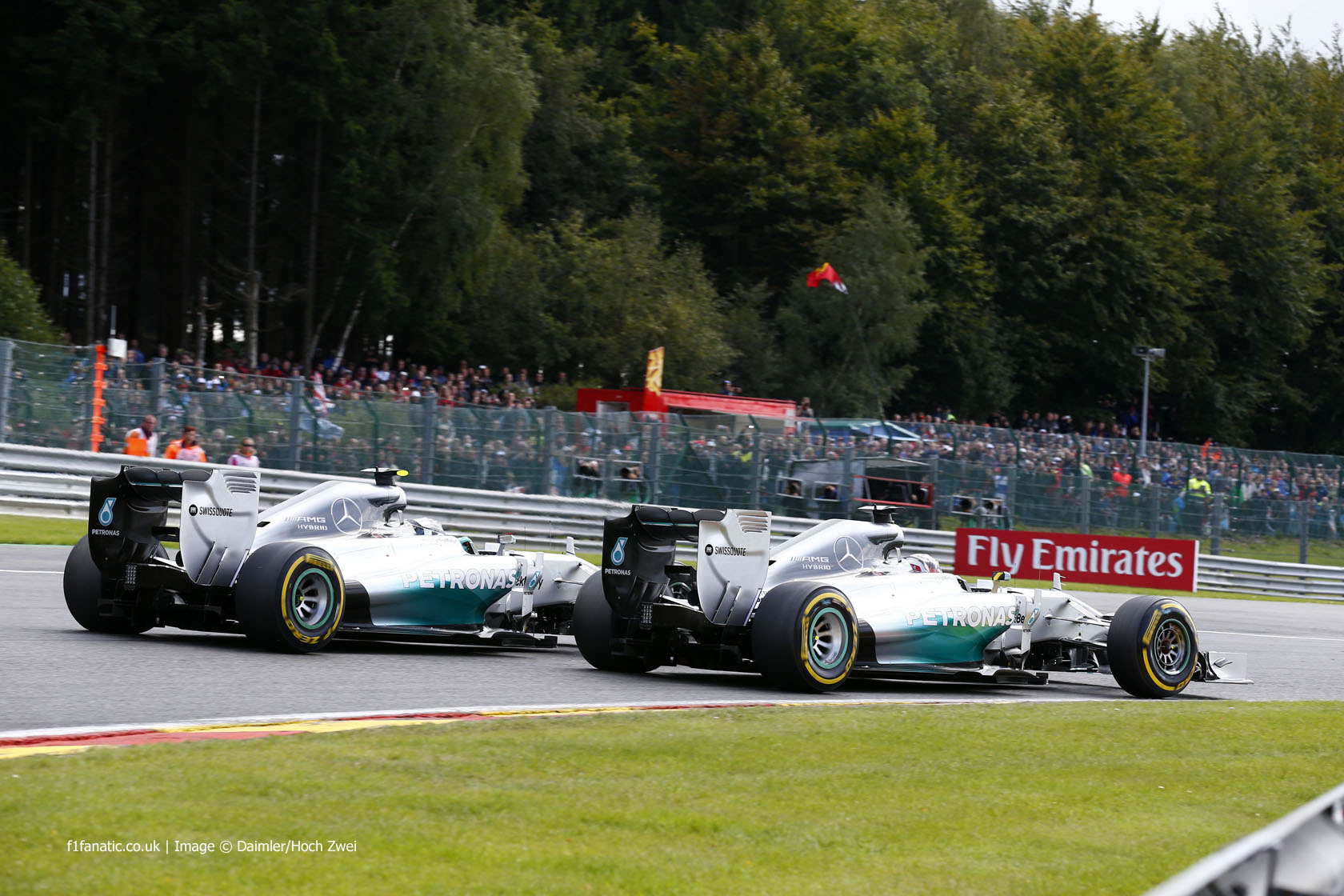 Nico Rosberg has denied Lewis Hamilton’s explanation for the crash between the pair of them in Belgium, but declined to offer his own version of the events.

“I’ve been told what Lewis said in the press and the way he has stated his version of the events,” Rosberg said in a video posted to his official YouTube account today.

“All I can say is that my view of the events are very different. But the thing is it’s just better that I don’t now give all the details of my opinion and things like that. I hope you respect that.” Rosberg did not address Hamilton’s claim. “I prefer to just keep it internal, you know,” he said.

“We had a very good discussion, an important discussion after the race. As when such things occur we must sit down and review them and that’s what we did. Everybody gave his opinion, now we need to move forward.”

Rosberg expects further conversations about the incident will take place before the next race: “There will be another discussion for sure because we need to see if we need to change our approach in the future, as we did in Hungary. And we will do that.”

“The good thing is we really have great leadership in the team with Paddy [Lowe], Toto [Wolff] and with the help of Niki [Lauda],” he added. “And that really is important in such situations.”

“And therefore I’m confident that as always we’re going to find back to our way and keep on fighting in Monza.”