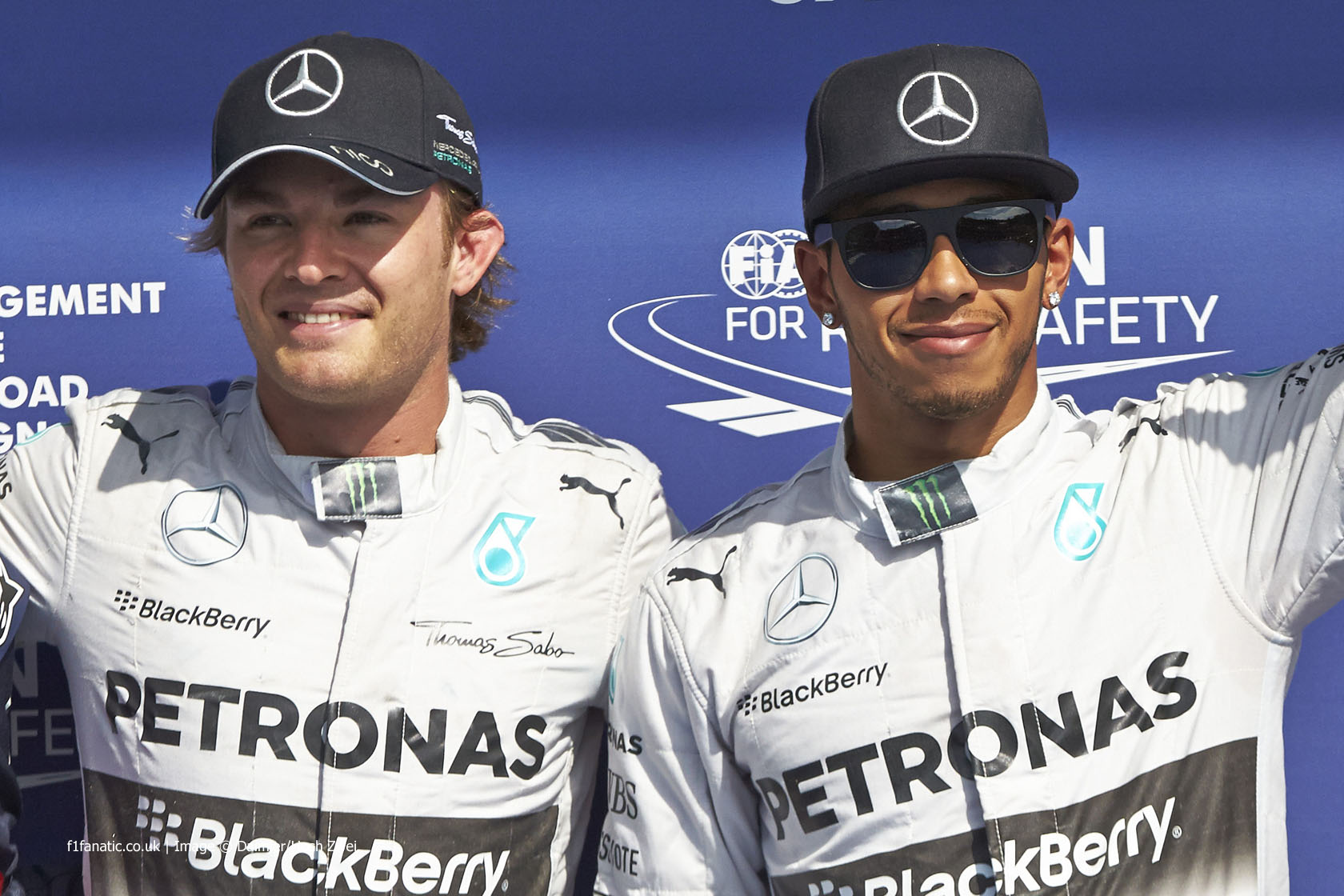 Lewis Hamilton has issued a conciliatory statement following the collision with his team mate which left him point-less in the Belgian Grand Prix.

Hamilton said “Nico [Rosberg] and I accept that we have both made mistakes and I feel it would be wrong to point fingers and say which one is worse than the other.”

Hamilton, who lies 29 points behind Rosberg in the championship after failing to score in Sunday’s race, did not elaborate on whether he felt responsible for the contact, or whether his comments referred to earlier incidents in the season. Rosberg had been displeased by Hamilton’s refusal to obey an instruction to let him past during the previous race in Hungary.

Earlier today Mercedes said “disciplinary measures” were being taken after the pair made contact at Spa-Francorchamps.

“Today we came together as a team and discussed our differences,” said Hamilton in a statement on his official website. “Nico and I accept that we have both made mistakes and I feel it would be wrong to point fingers and say which one is worse than the other.”

“What’s important is how we rise as a team from these situations. We win and we lose together and, as a team, we will emerge stronger.

“There is a deep foundation that still exists for me and Nico to work from, in spite of our difficult times and differences. We have the greatest team, the strongest group of individuals who have worked their hands to the bone to give us the best car you see us racing today.

“It’s important that we never forget that and give them the results they deserve. Today, Toto [Wolff] and Paddy [Lowe] told us clearly how we must race against each other from now on in a fair and respectful manner.

“The fans want to see a clean fight until the end of the season and that’s what we want to give them. It’s going to be a tough road from here but championships have been won from much further back than I am now. And I promise you that I will be giving everything and more to win this for my team, for my family and for my fans.”

62 comments on “Hamilton: “We both made mistakes””