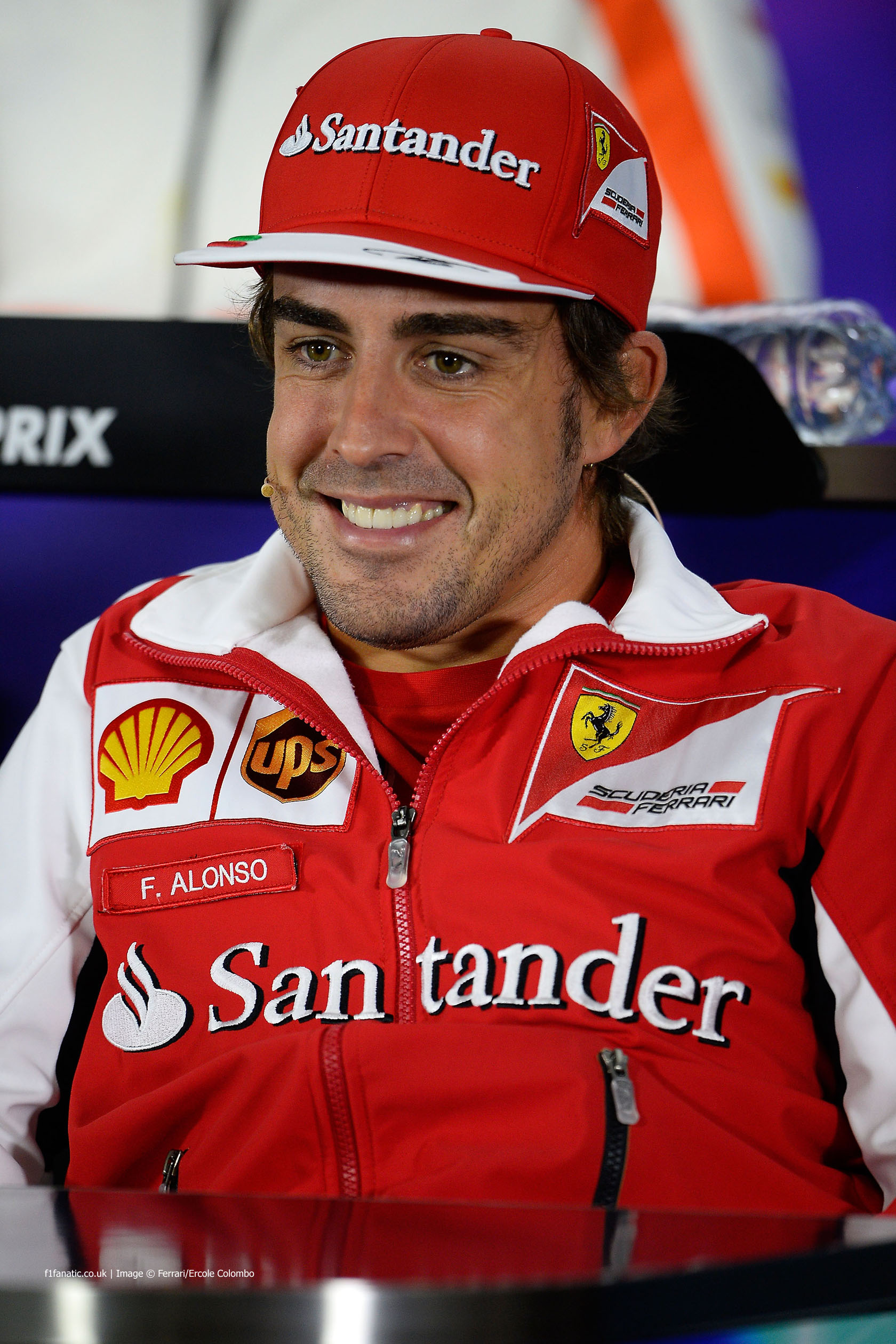 Fernando Alonso says he intends to see out the remaining two years of his Ferrari contract and wishes to sign a new deal with them despite speculation he could switch teams.

Speaking to Spanish journalists ahead of this weekend’s Italian Grand Prix, Alonso responded to rumours linking him with a move to other teams, including McLaren.

“I am proud there are some teams that say they’d like to have me,” he said, “because it means they appreciate the job I’m doing.”

“However, on this topic, it’s a year now that I’ve been saying I want to stay at Ferrari and extend my contract. That’s my wish, I repeat it every two weeks, at the end of every race, yet it’s never said, in fact there is a tendency for the opposite to be said.

“Talk of other teams has never come from my lips, in fact it’s always been the opposite.”

The speculation about his future had been disruptive for Ferrari, he added. “I think since last summer there have been stories and news almost all the time and so it’s now been going on for a year. It’s not nice, because it creates a bit of stress and it means it is disruptive for me, the fans and for the people in the team.”

Alonso said he and Ferrari are “working on” a new deal which would take him beyond his current contract which expires in 2016.

“I have a contract for another two years and as I always say on the subject of rumours and to ensure calm, what I want is to continue for the necessary years. Let’s see if that can happen, but for the next two years at least, there is no problem.”

Alonso has not yet won a world championship with Ferrari and his last race victory for the team was in May last year. But while admitting that “the most important thing is to win” Alonso believes “Ferrari can offer a lot more than ‘only’ winning”.

“Because there is a passion for this team, which as a driver, means you are already proud of what you are doing, independent of the results,” he said. “The most important thing is to fix the things that are not going well on the car and in the team and to do everything that is needed.”

Alonso does not envisage retiring from Formula One in the near future. “I’m only 33 and up until five years ago, you only started in Formula One when you were in 26 or 27,” he explained.

“The fact, is I started when I was 19 and it seems I’m very old, but given my actual age, I’ve still got lots of seasons ahead of me.

“I could have another ten: Michael Schumacher stopped when he was 43, Pedro de la Rosa is in the simulator every day and he’s 43, so it’s not a question of age. It’s a question of enjoying what you do and to still want to get up in the morning to train, to get on planes and fly to Australia and Malaysia, to race with a top car and to still get a good feeling from it all.”