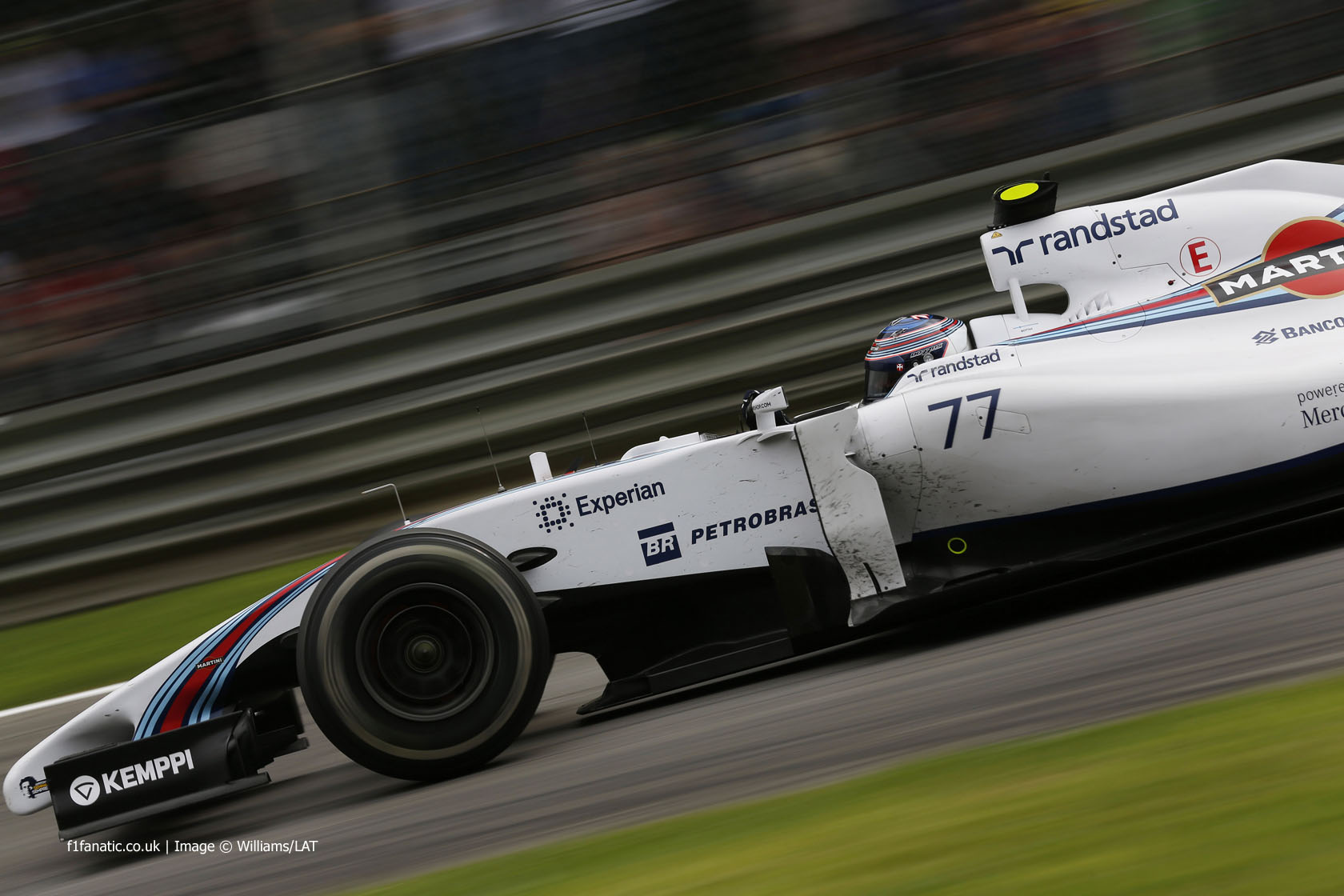 A recurring electronic problem kept Lewis Hamilton from running for an hour during the second practice session, but seems not to have put him off his stride.

At the close of practice on Friday he still had the fastest time of the day, set during the first session. And most significantly the fault did not occur on his race engine.

However team mate Nico Rosberg was left to do the bulk of Mercedes’ race simulation work and he had some concerns after the chequered flag came down on Friday afternoon.

“It seems that we are quick on one lap but on the long run the others were very fast,” he said. “I didn’t feel 100 per cent confident in the car, so I can’t be happy with today and I have a lot of work to do tonight with the boys.”

From the long run pace (see chart below) it appears Williams are likely to be their strongest challengers, as they were widely tipped to be before the weekend began. The team usually keep a lid on their pace on Fridays, but the long run by Valtteri Bottas has clearly given Rosberg something to think about.

Bottas said his team’s low downforce aerodynamic package was working well: “With the low downforce the car does slide a bit more, but it’s manageable,” he said. “I am really pleased with the long run pace, but think there is a little more to get from it.”

While Williams’ race pace looked good, Ferrari showed strong performance over a single lap at their home race. Kimi Raikkonen, who enjoyed a trouble-free Friday for once this year, lost less than a tenth of a second to Rosberg over their best sector times.

Monza’s high speeds require tough tyres so Pirelli have brought their hardest rubber. However the combination of a fairly short race duration and a high penalty for making a pit stop generally pushes teams towards making a single pit stop, as is likely to be the case on Sunday.

“Both compounds look to be very durable, with degradation also very low,” said Pirelli’s motorsport diretor Paul Hembery. “We would expect to see one stop for most drivers on Sunday, as was the case last year. The drivers could qualify on the medium or the hard tyre, but we should see the medium compound used for the majority of the race.”

16 comments on “Hamilton quickest but Mercedes are wary of Williams”