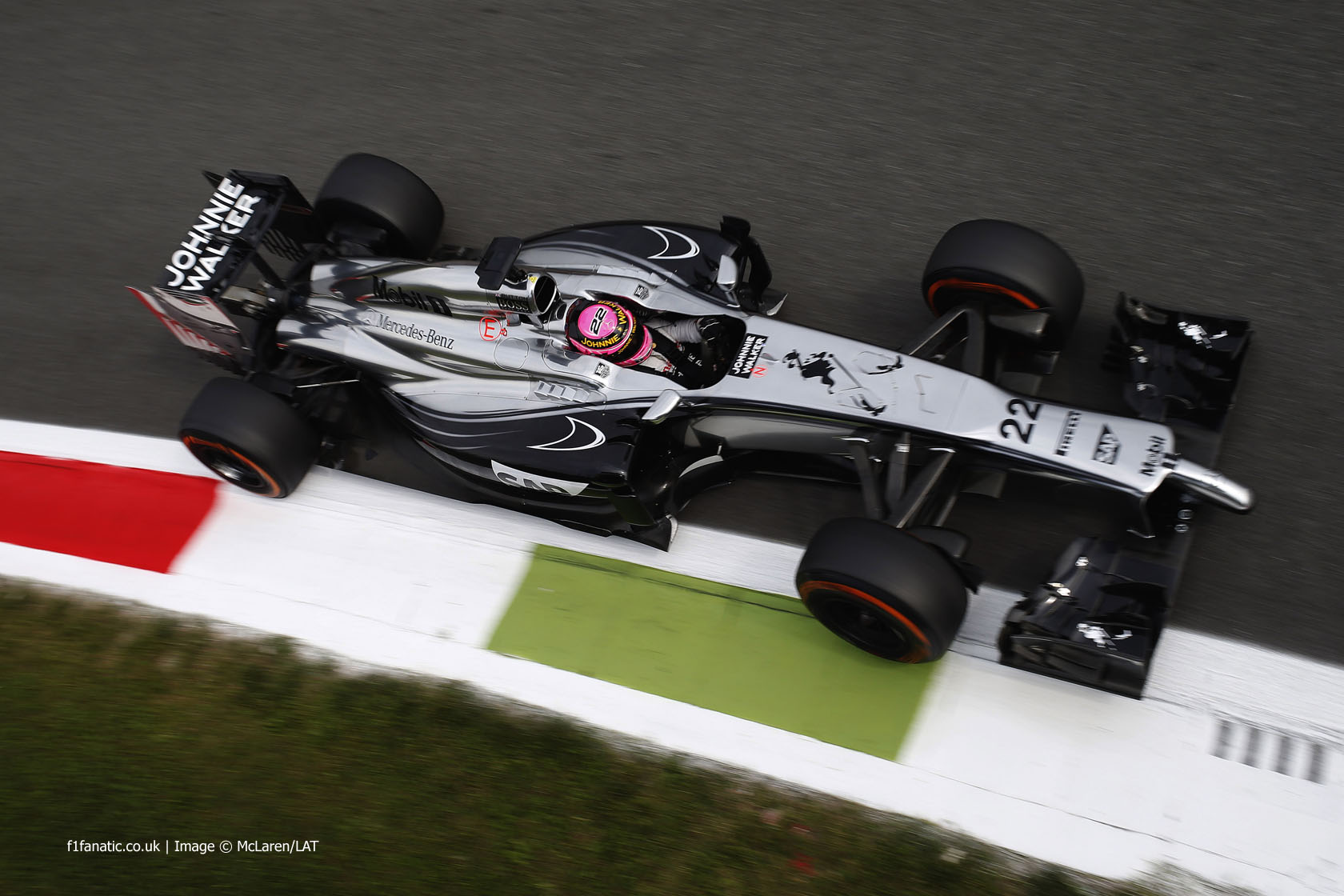 Much of the gravel trap which once bordered the outside of the corner has been replaced with Tarmac, a move questioned by several drivers yesterday.

Button joined those expressing doubt over the changes to the corner, despite saying he felt he could now take the corner more quickly.

“The revised run-off at Parabolica is still slower, if you go off-track, but now you don’t get penalised,” he said.

“I’m definitely carrying more speed into that corner than I did last year – because you’re less wary of the gravel exit, which is no longer there. It’s different, but I’m still not sure whether I like it.”

McLaren looked quicker than they have done for several races at Monza on Friday, but Button has some reservations about their overall performance.

“Our single-lap pace looks quite good, but we’re probably lacking in race pace compared with some of the other teams,” he said. “Still, it’s always difficult to know where you are on a Friday – we don’t yet know quite where we stand.”

23 comments on “Easier to go quicker at Parabolica now – Button”