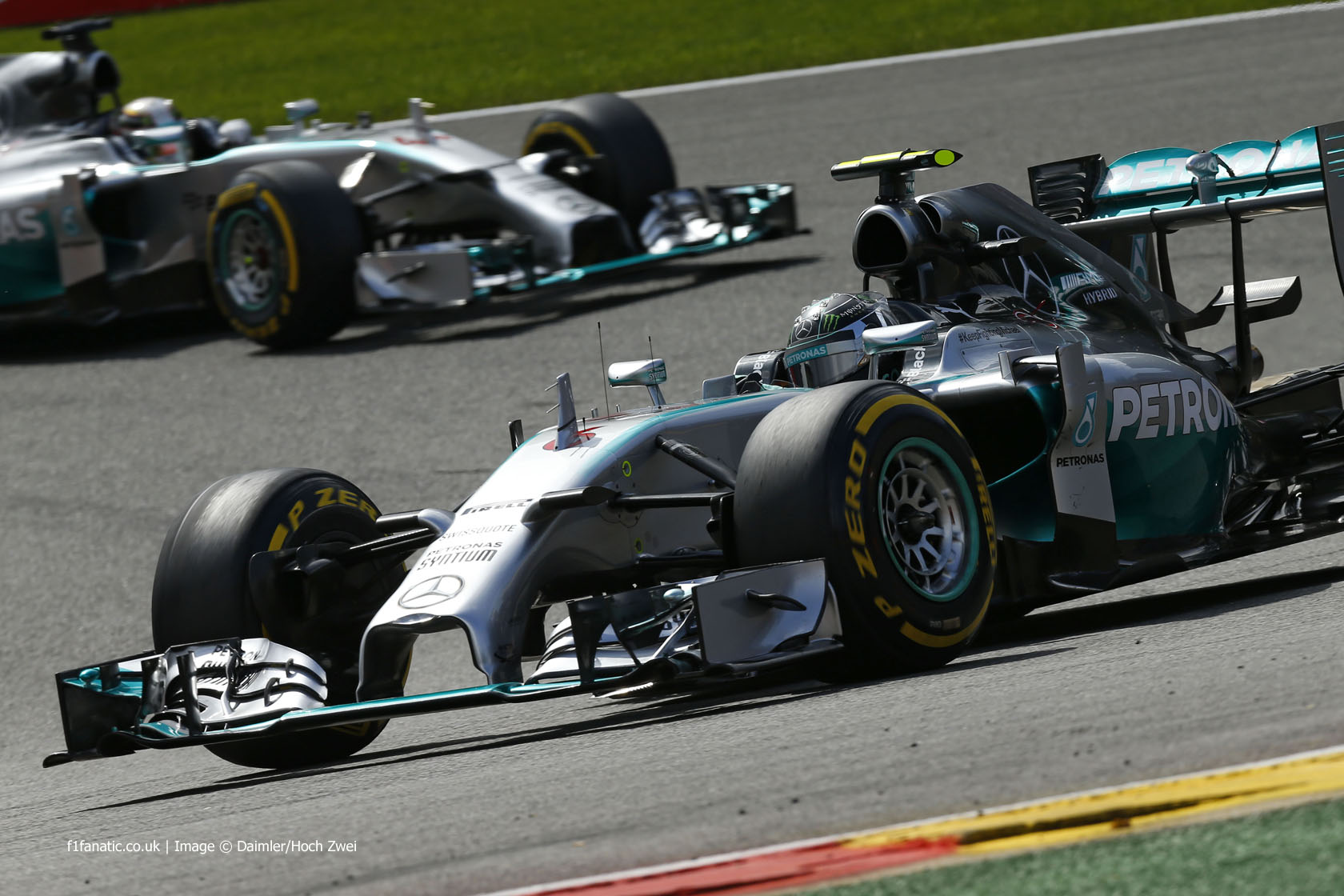 Briatore, who has not worked in F1 since leaving Renault after his role in the Crashgate affair was revealed in 2009, is attending this weekend’s Italian Grand Prix.

“This season is terrific,” he said in an interview for the Official F1 App. “We need to congratulate Mercedes because [they’ve] done an amazing job and in this moment they are really the top.”

However when asked how he would manage the situation following the collision between Lewis Hamilton and Nico Rosberg at Spa he said: “You know what? My philosophy was to race one driver.”

“There’s only one world champion. And after you have a constructors’ championship. The two drivers are good for take the points for the constructor, but have one driver.

“My team was always one guy given all the equipment to win. And what happened to Mercedes is good for the spectator, less good I think so for Mercedes.

“The drivers need to understand that to put this car together a thousand people is working. The car is not yours – I always tell me drivers ‘the car is not yours, you borrowed the car for two hours and you give it back to us’. So just a moment you fight.

“And [if there] is no damage, it is fantastic for the public, fantastic for the team. But when you fight and you see is 90% is possible… these people know some corner it’s not possible to go in like this. This is different, I don’t like it.”

Briatore suspects Hamilton will find it hard to overcome his 29-point deficit in the remaining races. “I think at this moment that Nico looks very strong,” he said.

40 comments on “Mercedes should back one driver – Briatore”