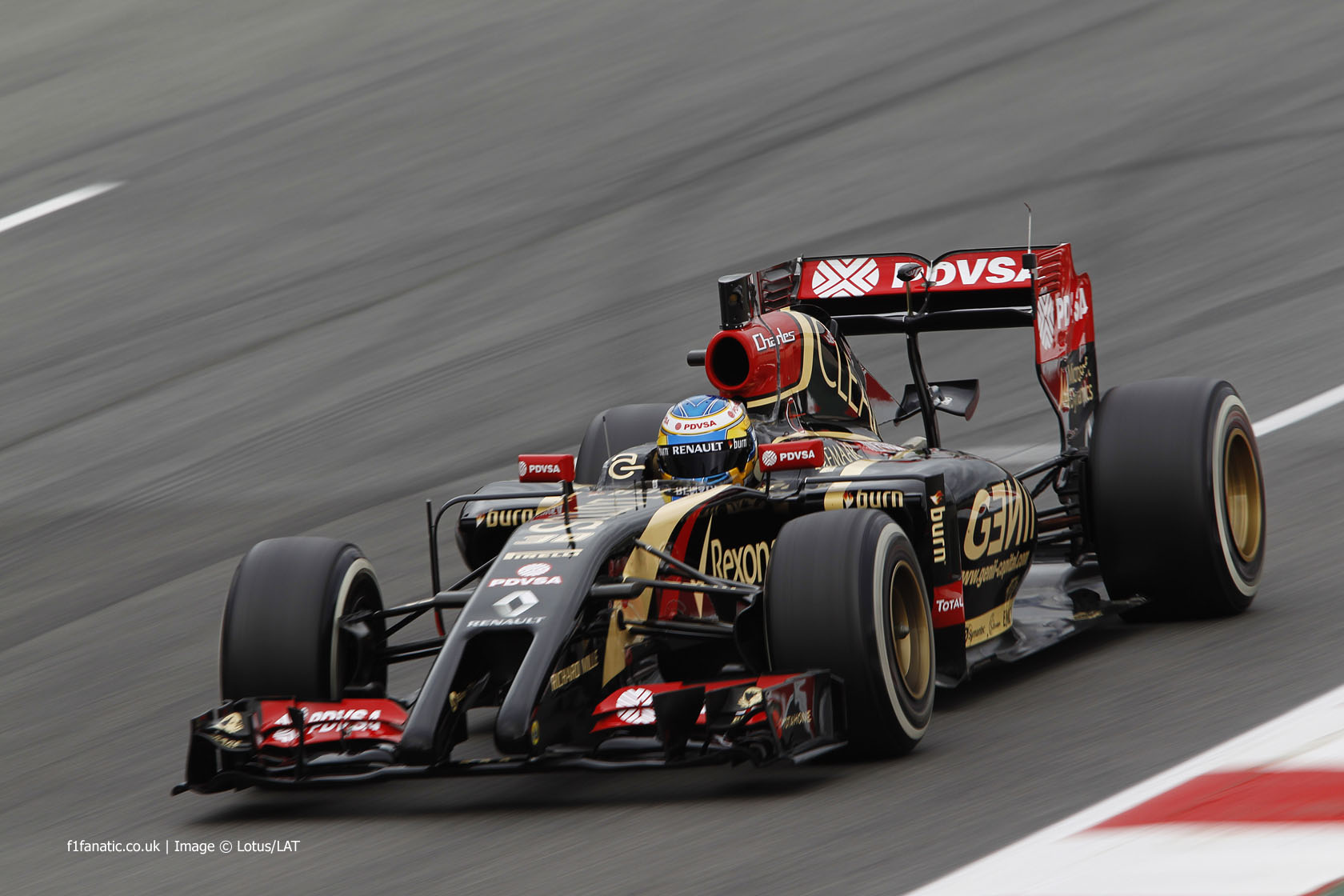 Charles Pic will return to the wheel of an F1 car in a race weekend practice session for the first time since last season.

Pic, who is Lotus’s third driver, will run for the team in the first practice session.

He previously drove the E22 during this year’s test at Silverstone where his car was fitted with Pirelli’s prototype 18-inch tyres at one point. His car number will be 30.

The team will spend Friday evaluating their low-downforce package.

“We will focus on the braking so Romain [Grosjean] and Pastor [Maldonado] can make gains on the entries to the chicanes and generally feel more comfortable in feeling where the limits are,” said technical director Nick Chester.

“We have more aero parts to take to Italy which we will try on the Friday free practice sessions. We will have a low-drag rear wing for Monza that is circuit-specific and as a result the skinniest we will run all season. It is all about meeting the low downforce challenge.”

The other three practice drivers in action will be Daniel Juncadella for Force India, Roberto Merhi for Caterham and Giedo van der Garde for Sauber.

One comment on “Pic to have first practice run for Lotus”