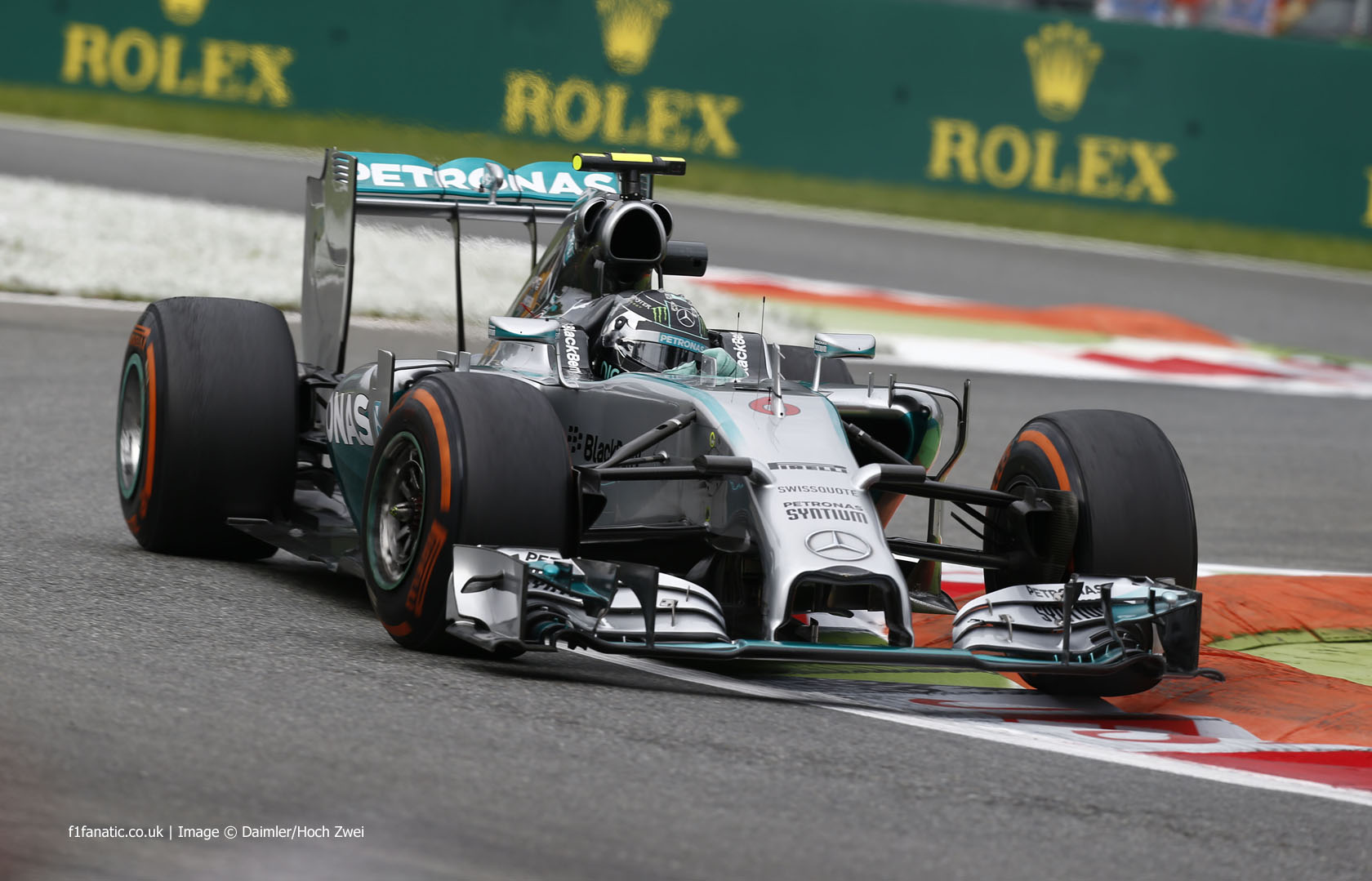 Mercedes continued to lead the way at Monza with Nico Rosberg taking over at the top of the times from team mate Lewis Hamilton.

The first practice pace setter was confined to the pits with an electrical problem for most of the session while Rosberg headed the times on a 1’26.225. That was three-hundredths of a second slower than Hamilton’s quickest time from the morning session.

Hamilton joined the track with half an hour remaining in second practice, which gave him sufficient time to make his performance run on the medium tyres. Despite being held up by Marcus Ericsson’s Caterham he ended up just six-hundredths of a second behind his team mate.

Ferrari led the charge against Mercedes at their home track, with Kimi Raikkonen fastest of all through the first sector and ending up just a tenth of a second off Rosberg. Fernando Alonso backed him up in fourth place.

Valtteri Bottas put his Williams in the top five, the first of three drivers separated by a mere four-thousandths of a second. Behind him were Jenson Button and Sebastian Vettel, who set identical times to three decimal places, Button being the first of the two to do so.

The McLaren driver ended his session with a substantial lock-up at the Rettifilio chicane after attempting to pass Daniil Kvyat’s Toro Rosso.

Daniel Ricciardo bounced back from his problem in the first practice session to put his Red Bull in the top ten.