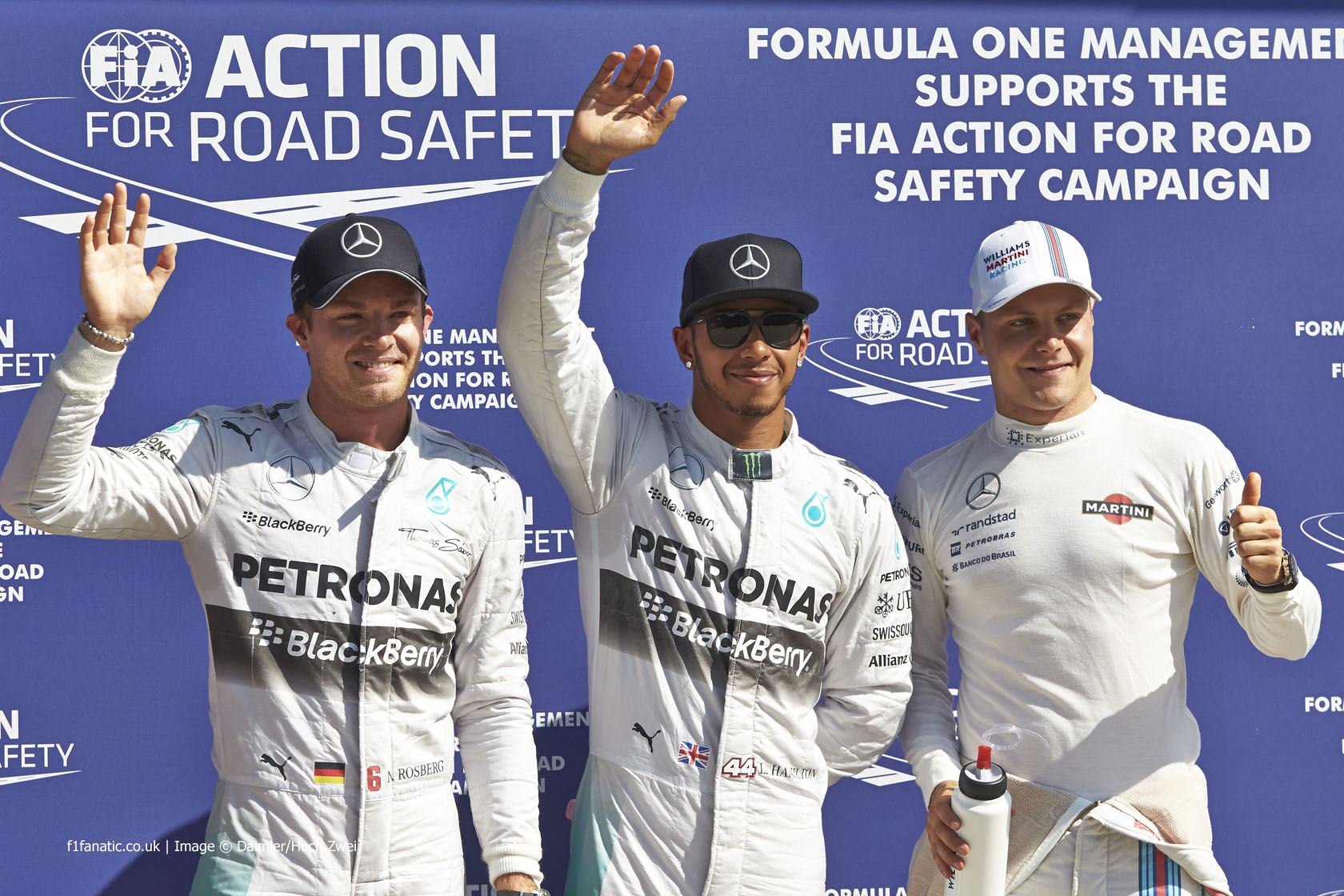 Lewis Hamilton took his first pole position in four months in an uneventful qualifying session for the Italian Grand Prix.

Hamilton headed all three phases of qualifying and ended up over a quarter of a second faster than team mate Nico Rosberg.

Mercedes power proved a vital advantage at Monza as the top six places were taken by cars using their engines. The Williams pair claimed row two ahead of the McLarens.

Mercedes led the way in the first part of qualifying but Felipe Massa revealed Williams were a close match for them on single lap pace. He briefly headed the championship contenders before first Rosberg and then Hamilton beat his mark.

Romain Grosjean made a late start to the session, joining the track with five minutes to go. But he could not make it out of the drop zone with his final runs, despite trying to get a slipstream from Jules Bianchi’s Marussia.

Nor could team mate Pastor Maldonado, whose final run was affected by a gearbox problem. Bianchi made an error on on his last lap and lost out to Caterham returnee Kamui Kobayashi, who took 19th.

Mercedes maintained a slender advantage over the Williams pair in Q2. Once again Hamilton led the way to begin with, edging Rosberg by a tenth of a second, followed by Bottas and Massa.

The stayed in that order after their second runs, though Rosberg reduced the gap between them to just four-hundredths of a second.

As the final laps began Kimi Raikkonen had a tenuous hold on his place in the final ten, just a thousandth of a second fastest than Kevin Magnussen. He lost that hold after hitting trouble on his two final runs.

That allowed both Magnussen and Daniil Kvyat to beat his team, though the Toro Rosso driver failed to make the cut for the final ten.

Nico Hulkenberg also failed to accompany his driver into Q3, meaning Sergio Perez was Force India’s only representative to make it into the final stage of qualifying.

Hamilton’s first effort in Q3 turned out beyond anything Rosberg could match. There was four-tenths of a second between them at first, and Hamilton found most of that time in the middle sector.

Rosberg was stronger at the start of the lap, and began his final run 0.15s up on Hamilton at the first checkpoint. But he lost time over the rest of the lap, and despite improving his time was still over a quarter of a second slower than his team mate.

Once the engines were turned up to the fullest the Williams pair were over half a second slower than the Mercedes. McLaren added to Ferrari’s disappointment at home by bumping Fernando Alonso back to seventh.

43 comments on “Hamilton ends his pole position wait at Monza”