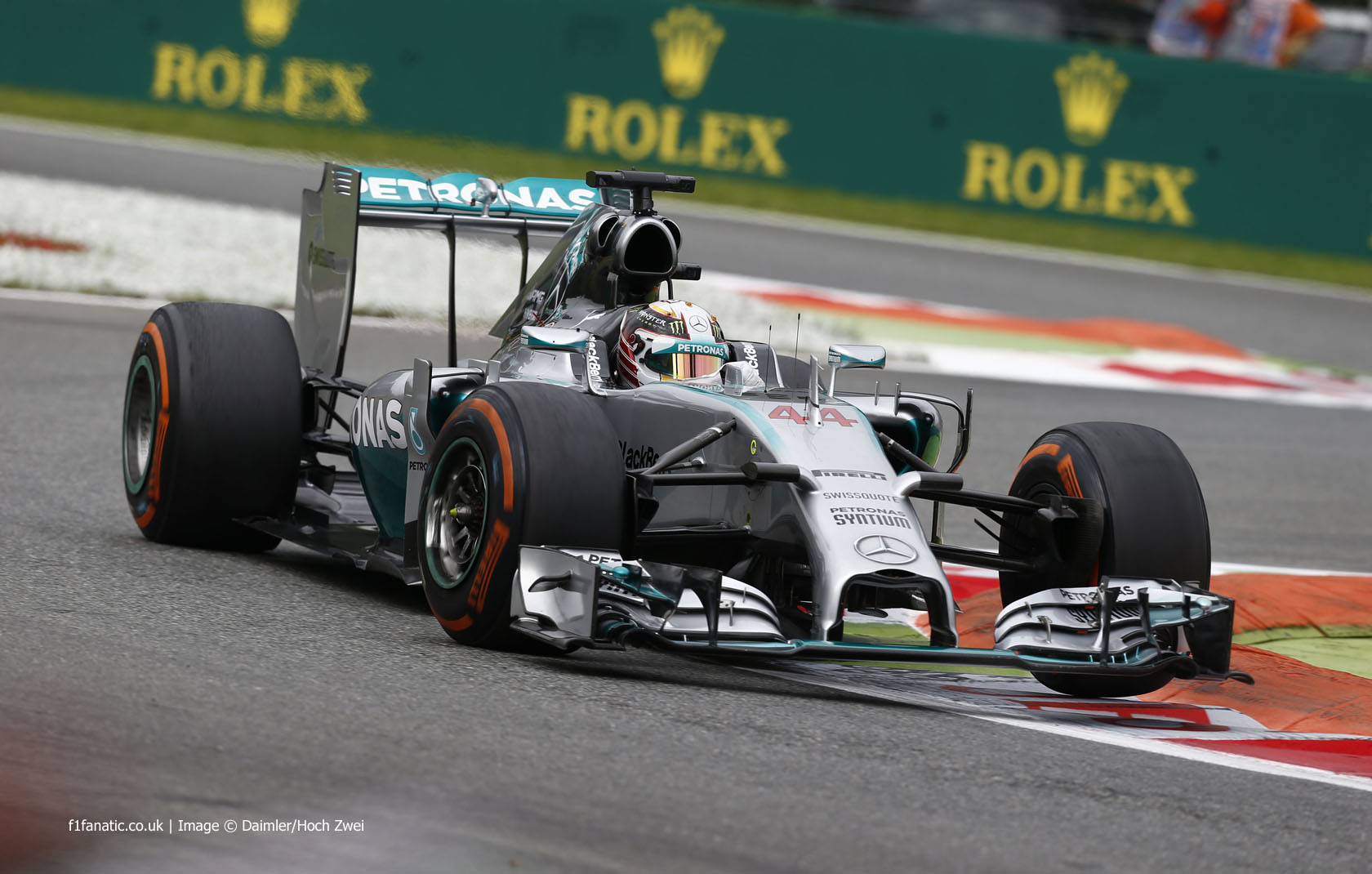 Lewis Hamilton set the quickest time of the weekend so far – a 1’25.519 – to lead the times ahead of Fernando Alonso’s Ferrari. He wasn’t entirely happy with his car, reporting a DRS problem at one point and, not for the first time this year, was also dissatisfied with his brakes.

But team mate Nico Rosberg has a more serious problem. Twice at the beginning of the session he returned to the pits reporting his gears “weren’t being learnt”.

Rosberg wasn’t the only driver to suffer gearbox problems – Sergio Perez pulled up at the Curva Grande, complaining his car appeared to be stuck in neutral.

Valtteri Bottas, who briefly set an identical time to Alonso’s earlier in the session, ended up a tenth of a second behind the Ferrari, followed by team mate Felipe Massa.

Jenson Button set the fastest time through the first sector but ended up fifth-fastest, making it four Mercedes-powered cars in the top five.

Their rival engine manufacturers powered the next four cars at a track where top speed is crucial: Sebastian Vettel’s Red Bull was followed by Kimi Raikkonen, Daniil Kvyat (who will take an engine change penalty) and Daniel Ricciardo.