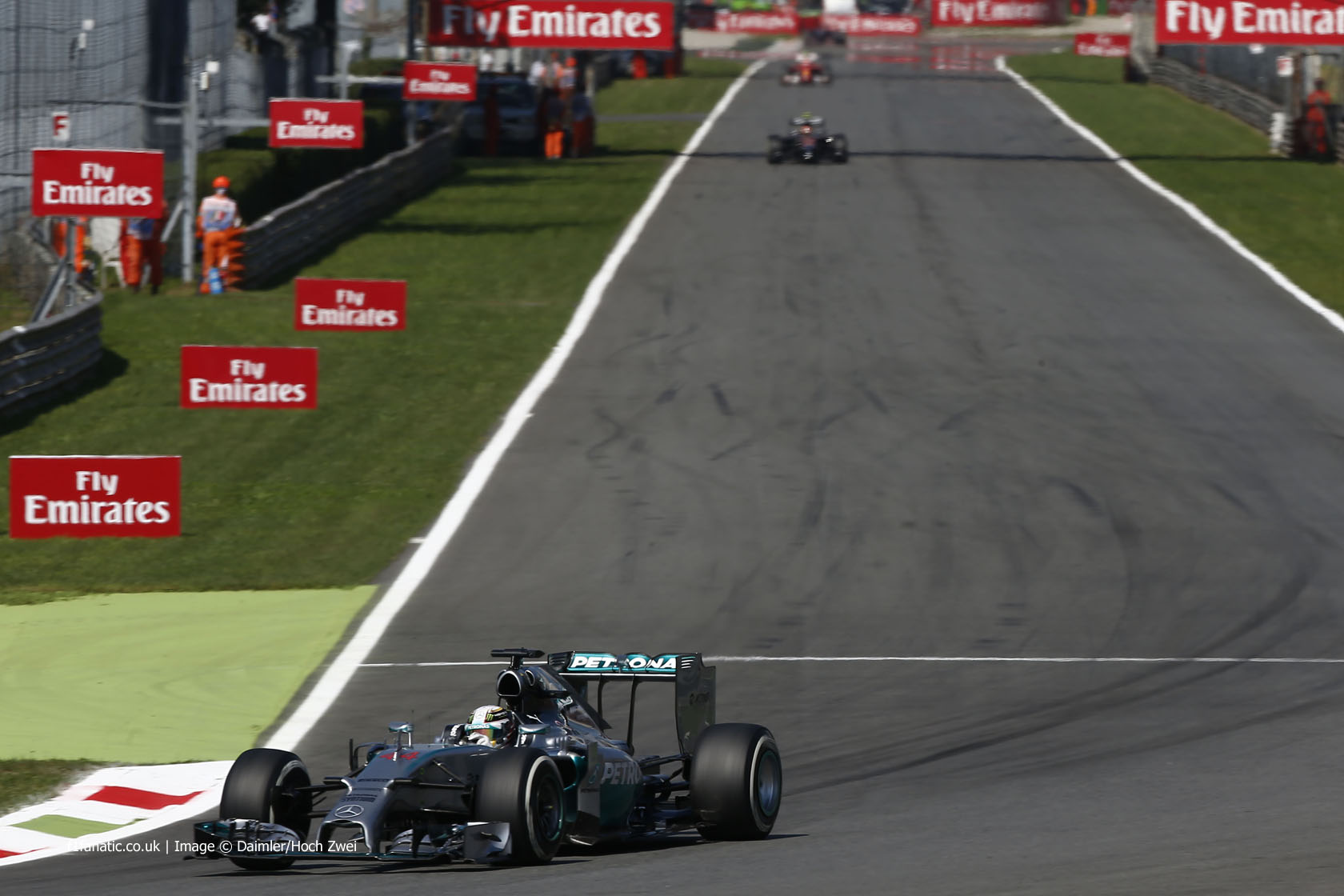 Lewis Hamilton took his sixth victory of the year in the Italian Grand Prix – despite losing out badly at the start of the race.

A problem with his car ‘start mode’ saw Hamilton slip back to fourth at the start, allowing team mate Nico Rosberg into the lead.

The pair were separated by the fast-starting Kevin Magnussen and Felipe Massa, but Hamilton overtook both of them during the first stint. He then closed down on his team mate, the pair separated by little more than a second before their pit stops.

But soon after they had taken new tyres Hamilton closed on Rosberg, who then went straight on at the Rettifilio chicane. Hamilton seized the opportunity to take the lead and was never headed from that moment on.

Massa claimed his first podium finish of the season, while team mate Valtteri Bottas recovered from a poor start to back him up in fourth.

Daniel Ricciardo impressed again by passing team mate Sebastian Vettel for fifth. Behind the Red Bull were a close string of drivers who had battled hard during the second half of the race.

Kevin Magnussen crossed the line in seventh, but a five-second penalty for forcing Bottas off the track dropped him to tenth. Sergio Perez therefore took seventh, followed by Jenson Button and Kimi Raikkonen.

It was a disappointing day for Ferrari at home, as Fernando Alonso retired with an ERS failure shortly before half-distance.

125 comments on “Hamilton fights back to lead Mercedes one-two”