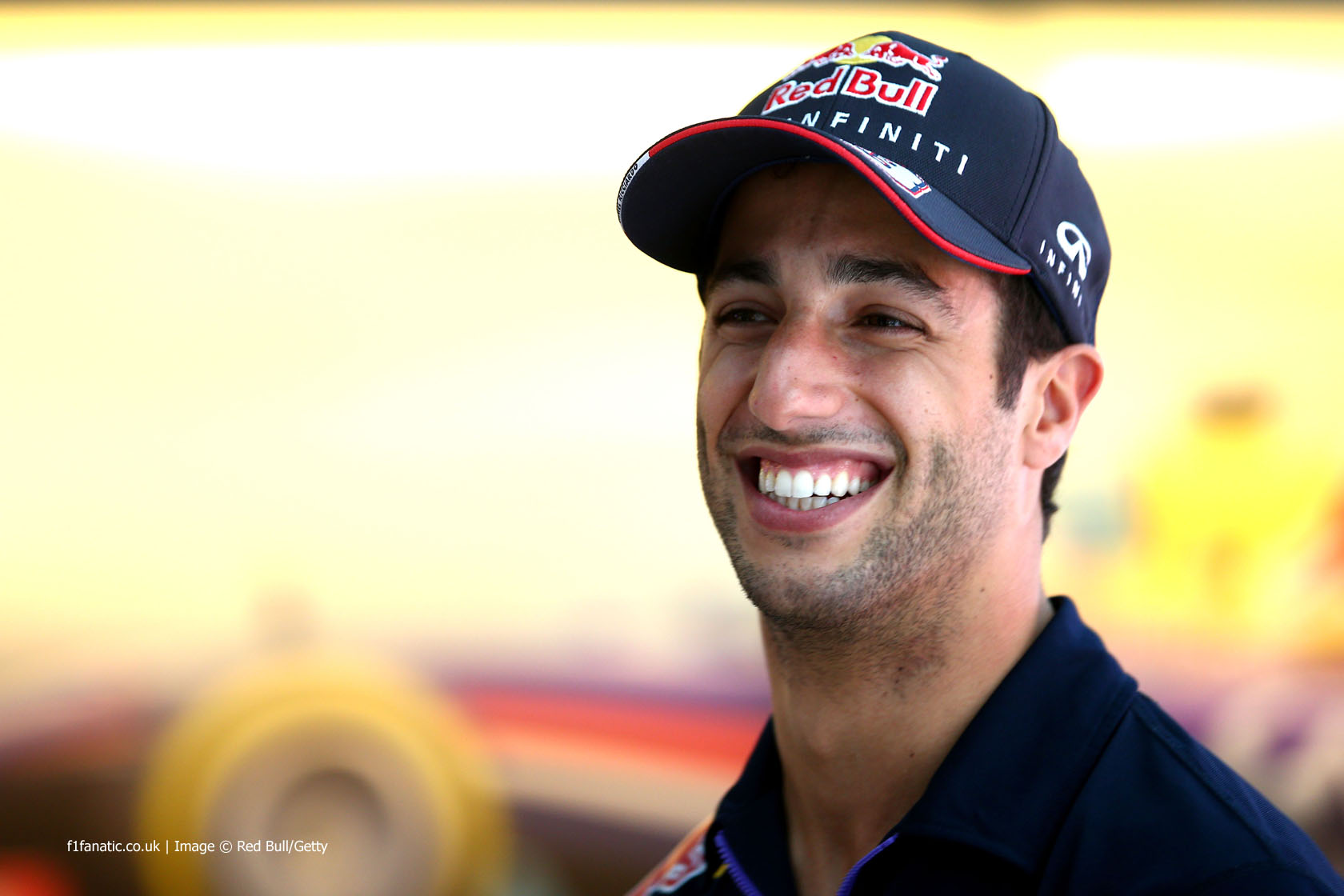 Daniel Ricciardo is aiming to go into the final race of the season still with a chance of winning the drivers’ championship.

But even with up to 50 points available in the Abu Dhabi Grand Prix than at any other round, Ricciardo still needs to reduce his 72-points deficit to championship leader Nico Rosberg.

“Ideally if we could come in to Abu Dhabi within say 50 points and mathematically have a chance then I think that will be a huge achievement no matter what happens [with] the outcome,” he told the Sport und Talk programme on Red Bull’s Servus TV. “To even just get to the last race and still be in with a shot would be awesome. That’s the aim but it’s still the approach of race-by-race.”

“I’m aware that [the title] is distant, definitely,” he said. “But we’ve got some tracks now that suit us and I’ve won some races this year so I know if I get in that position I’ve got a good chance of doing it again. So we’ll see.”

“All it takes is a couple of wins and a couple of bad races for the championship leader and all of a sudden everything’s possible again so let’s see what happens.”

“I really like this tail end of the season,” he added. “Singapore is the most challenging race of the year. It’s normally the longest, we pretty much get to two hours – the race limit – there, and it’s the hottest. And it’s got the most corners so it’s the most physical which is a really good challenge for all of us.”

“Suzuka is an amazing circuit, and an amazing place. Austin I love. That’s at least three that I’m very excited about.”