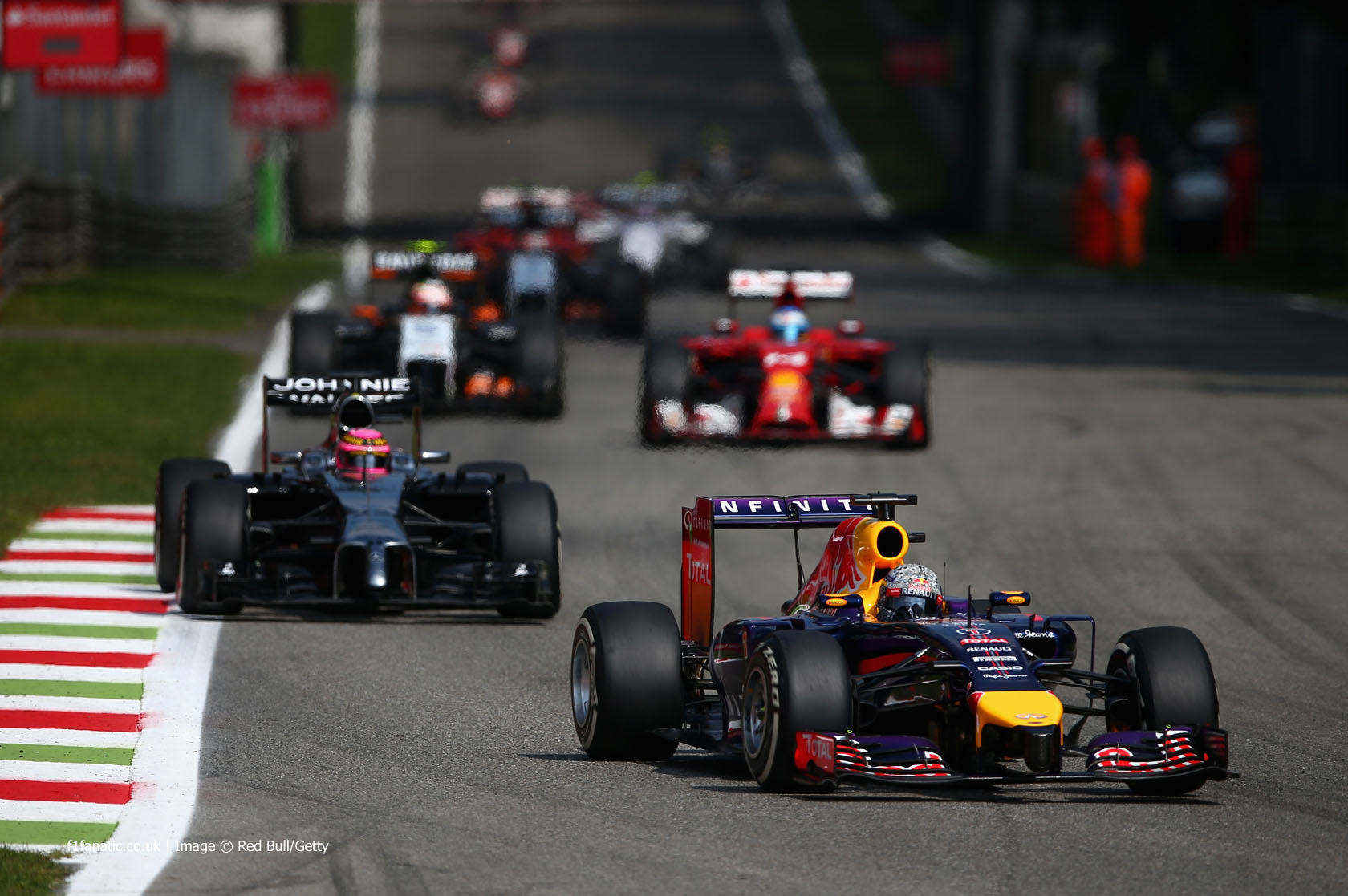 When the 2014 season began it was clear we were about to see an increase in the amount of team radio traffic due to the demands placed on drivers by their considerably more complicated cars.

The FIA has now decided to impose limits on what drivers may be told by their teams with the intention of preventing them from getting too much assistance with driving their cars. The changes will come into effect from the first practice session on Friday at Singapore.

This is significant because the FIA is attempting to do something it had previously indicated wasn’t possible. At the end of 2010 a ban on teams issuing orders to their drivers – for example, to relinquish a position to their team mate – was lifted. Earlier in the season Felipe Massa had given up victory to Fernando Alonso in the German Grand Prix after being given the now-infamous radio message “Fernando is faster than you”.

The FIA now proposes to forbid a much broader range of team radio messages and also prevent teams from getting around the ban by using code words. Ironically, team orders will not be part of the new ban.

Nor will instructions for drivers to make a pit stop or traffic information relating to other cars. However driving style advice, instructions on car settings and information about tyre and brake wear will be forbidden.

At a stroke the FIA has created a huge new area to police. All radio traffic between each of the 22 cars could now be grounds for an infringement and subject to a protest. A review of some of the common messages heard in recent races gives insight into who stands to benefit and lose from the new policy, how much radio traffic will now be illegal, and where potential grey areas could cause the kind of “controversies” teams have already warned about.

Following the increase in the use of team radio broadcasts in recent seasons, some commentators have criticised messages to drivers telling them how to alter their driving style. Stopping this appears to be one of the main focuses of the new approach.

Here are some examples of messages like this we’ve heard in recent races:

However clamping down on this type of radio message could go beyond giving information on how a driver should take a certain corner.

It could include telling them whether they should be conserving their tyres or pushing, and whether they should attack a rival or hold position. Even general words of encouragement like “just keep it up” could be interpreted as an instruction to maintain the current pace instead of lapping more quickly or slowly.

There are other potential grey areas as well. For example, can drivers be given information about the status of an area of the track from a safety point of view, as they were in Canada? And if so how much can they be told without it being considered excessive assistance?

And will team members be allowed to remind drivers about specific rules? If not we could see an increase in penalties as drivers struggle to recall the more obscure parts of F1’s 55-page Sporting Regulations.

These are the kinds of details teams will want to clear up before this weekend’s track action begins.

In 2003 the FIA banned teams from using pit-to-car telemetry to adjust their cars without any input from the driver while they were on the circuit. Since then, teams have replicated that approach by giving drivers instructions on the radio to make the necessary changes in the cockpit via the multi-function dials on their steering wheels.

Judging by the sheer volume of messages drivers receive relating to car settings, having to master their car controls without assistance from the pit wall is going to be a significant challenge.

Some drivers have already had problems navigating the myriad options available to them in their cars’ menus. Here’s a small sample of the kind of messages we already hear along these lines:

It’s not hard to see how this might lead some teams to simplify the control systems on their cars. There isn’t much room in an F1 cockpit for a user’s manual so they may have to reduce the functionality available to their drivers. This could have interesting consequences for how drivers use their cars’ high performance settings. Access to these is restricted because of the extra strain they place upon the car.

Teams try to limit how frequently drivers use them in the heat of battle, but haven’t always been successful. Both Mercedes drivers are known to have made unauthorised use of their car’s high power settings on occasions this year, and Sebastian Vettel did the same during his battle with Mark Webber in Malaysia last year.

Teams may give their drivers a pre-defined maximum number of presses on their overtake button, or add another signal on their display which shows when it is available.

Preventing teams from giving instructions on how to change settings on their cars could be to the detriment of less experienced drivers, who are more likely to need this sort of assistance. And those teams without their own simulator, such as Sauber, will have less opportunity to prepare for this significant change in policy.

The FIA is normally very wary of making any change which might be seen as a compromise on safety standards. Removing the ability for teams to warn their drivers about the extent of their brake and tyre wear could be seen as that, although drivers are likely to be given access to this information through their steering wheel displays.

It remains to be seen what degree of car damage teams are allowed to warn their drivers about. It’s hard to imagine the FIA forbidding a team from instructing a driver to retire a car on safety grounds – for example, if they noticed an imminent rear wing failure.

The need to warn a driver about a potential brake failure is sure to be a concern as this weekend’s race is being held at one of the toughest tracks on the calendar for brake wear. Television viewers are played some radio messages on the main world feed and more are heard via the pit wall channel. During each race the total number played has varied from less than 100 to almost 300 over the past months, with a conspicuous fall in the last two races.

However it’s likely the vast majority of race traffic to F1 drivers is never broadcast in the first place. Additional messages are often added to FOM’s post-race highlights videos and the end-of-season reviews. This season we have tended to hear many messages involving the Mercedes drivers, who have usually been leading, but far few from other teams – such as Ferrari, from whom we heard only one message during the last race.

While the FIA has the ability to listen to and record all radio communications, for the purposes of prompt enforcement of the rules they would have to do so in real-time for every car – which would presumably involved having one delegate assigned to listening to all the communications from each driver.

The messages above are only a small sample of those broadcast so far this year and are not representative of how many communications are made between each team and their drivers. As we only hear a portion of the messages from each team, that make it very hard to judge who has been using their radios the most and therefore who stands to lose more from the new interpretation of the rules.

For example, because the two Mercedes drivers are usually in contention for victory this year, we hear much more from their radio than we did in previous recent seasons.

As for the question of whether some teams will be tempted to try to get around the ban using code words, note that this is already being done to an extent to disguise certain radio messages. Red Bull’s team orders code ‘Multi 21’ became notorious after the events of Malaysia that year, and in Japan Ferrari gave Massa the order “Multifunction Strategy A”, which was an instruction to let team mate Fernando Alonso past.

How do you think the FIA’s new restrictions on radio messages will affect this weekend’s race – and the rest of the championship? Which drivers and teams stand to gain and lose the most?